A Smooth Delivery for Celebrity Edge 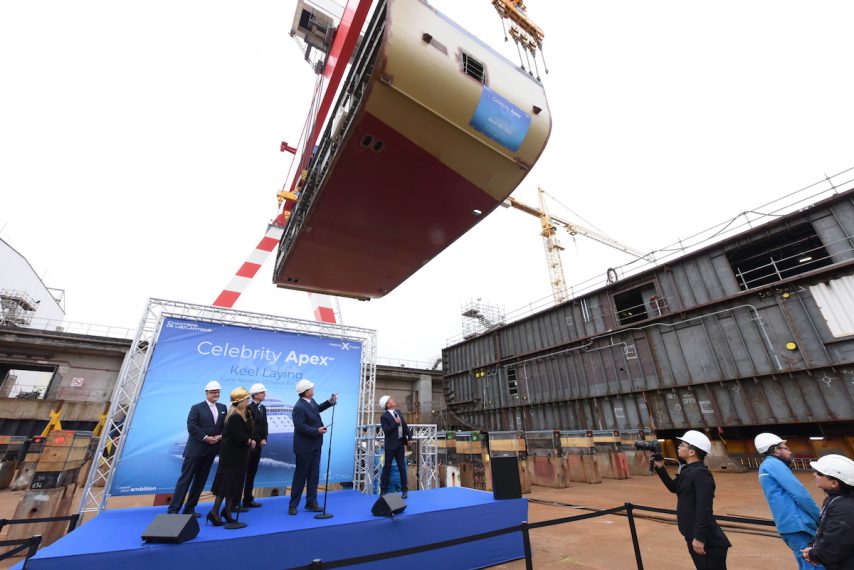 After more than four years of planning and an additional two years of construction, Celebrity Edge was finally delivered to the team at Celebrity Cruises to begin its life at sea. It took a combined effort from thousands of engineers, architects, designers, construction crews and more and the ship’s delivery represents a historic moment for the cruise line.

Not only was the new ship delivered, but Celebrity Cruises also held a ceremony for the keel laying of Celebrity Apex, the next ship to be built in the cruise line’s fleet.

A Special Day for Celebrity 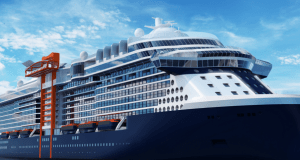 Royal Caribbean Cruises Ltd Chairman and CEO Richard D. Fain was joined by Celebrity President and CEO Lisa Lutoff-Perlo in hosting the event to officially welcome Celebrity Edge to the fleet. The two were accompanied by Chantiers de l’Atlantique shipyard officials and crew members from all over the world.

“The Celebrity team has done an outstanding job and I cannot thank the Chantiers de l’Atlantique team enough for delivering this game-changing ship and for their ongoing partnership,” said Fain. “Their work continues to transform the way our guests experience the world.”

“Today is a very special day for all of us as we have been eagerly anticipating this moment for more than four years,” said Lutoff-Perlo. “There are so many aspects of Celebrity Edge that are more groundbreaking than we could have ever imagined, and it is all a testament to the hard work, creativity and talent of everyone who helped bring this magnificent ship to life.”

On November 6, 2018, Celebrity Edge will begin her transatlantic voyage to her home port at Port Everglades in Fort Lauderdale, Florida. The ship’s inaugural season will be spent sailing eastern and western Caribbean cruise itineraries. The new ship features the best in technology, dining, entertainment, amenities and more.