A River Runs Through It: Miami River 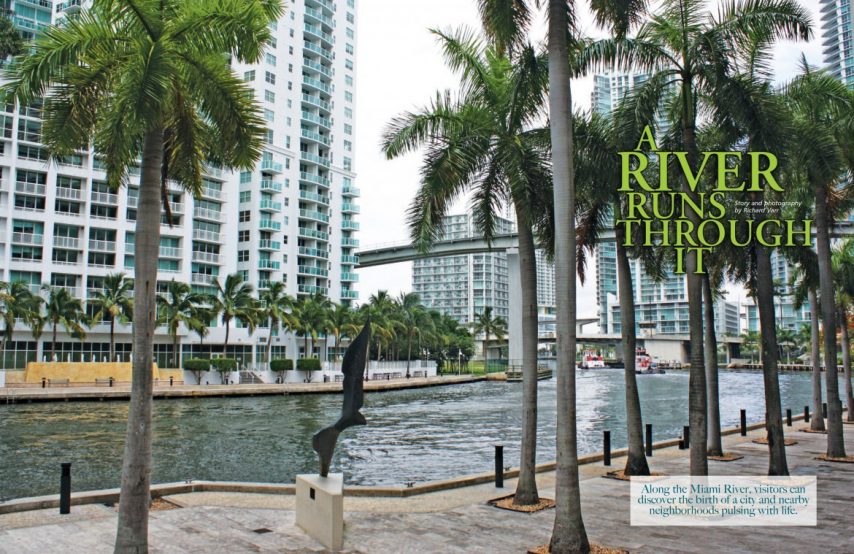 Along the Miami River, visitors can discover the birth of a city and nearby neighborhoods pulsing with life.

A dramatic cityscape shrouds the peaceful waterfront. Glistening condominiums shine in the morning sun, towering over curving walkways and jogging paths shaded by palm trees. A drawbridge slowly lifts to let through powerboats and the tall masts of sailboats gently maneuvering along the river — the Miami River.

What? Miami has a river? Who knew? I always thought its beaches were the attraction: feisty South Beach, stately Miami Beach, and seemingly every stretch of sand, from the densely-treed neighborhoods of Coconut Grove to the string of high-rises along Collins Avenue. As I look out at the towers along Brickell Avenue and on Brickell Key, the smooth-edged triangular island at the river’s mouth, it’s hard to imagine that this modern waterscape is the birthplace of Miami.

RELATED: Break a Sweat Before You Cruise from Miami

Just over a century ago, this riverfront was a small trading post where a woman had a dream. Her name was Julia Tuttle, a local citrus grower and wealthy Ohio native who convinced railroad tycoon Henry Flagler to extend his Florida East Coast Railway down to South Florida — the only part of the state where citrus crops survived the harsh winter freeze of 1894-95.