A Cruiser’s Guide to Quebec City 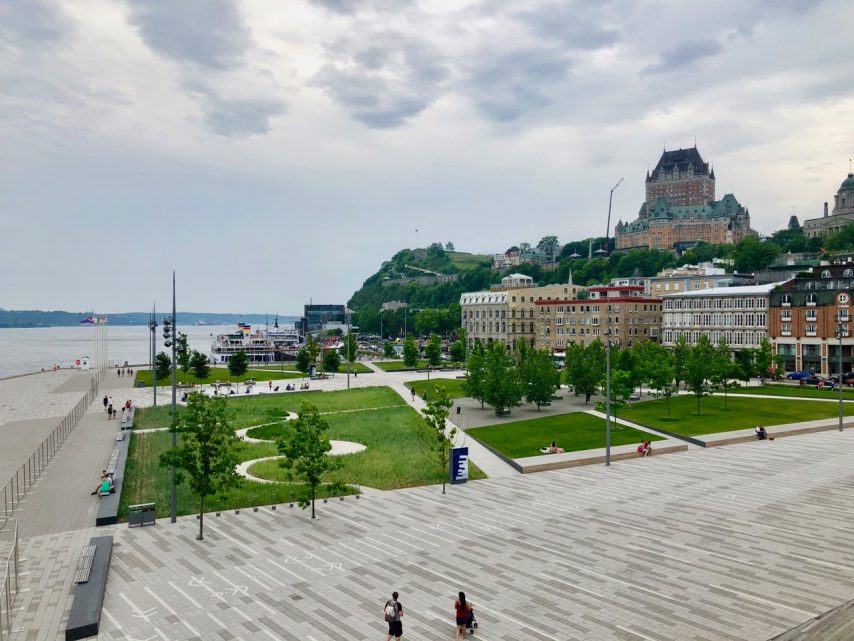 Québec City is increasingly positioning itself on the international cruise scene as a destination and port of embarkation of choice. Located at the point where the St. Charles and St. Lawrence Rivers converge, sailing in or out of Québec City is a high point of any Canada—New England cruise itinerary.

Each summer through mid-fall, the Port of Québec welcomes over 230,000 passengers. All of the major cruise lines such as Holland America, Royal Caribbean, Princess, Crystal, Oceania, Celebrity, Cunard, Ponant, and Scenic call on Québec City. The port is a destination unto itself. It extremely accessible from the city, has a large boardwalk, community splash pads, water features, an amphitheater and Cafe du Monde, a restaurant that has a terrace with gorgeous waterfront views. 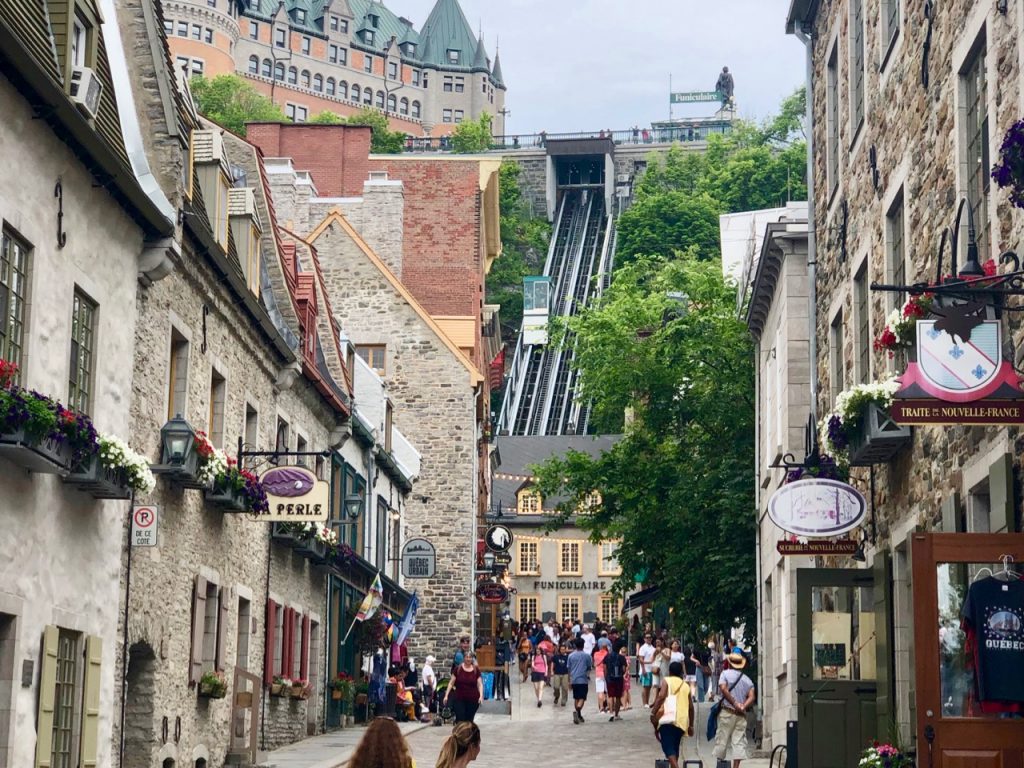 Québec is the only fortified city in North America north of Mexico. Inside the walls, Old Québec, sits perched on a cliff overlooking the St. Lawrence River where visitors can take the Funicular to the top and stroll along the cobblestone streets of this UNESCO World Heritage site.

With a history that stretches back 400 years, this city has plenty of activities and cultural sites for couples, families and solo cruisers to visit. A foodie destination as well, there are numerous restaurants that showcase the cuisine of Québec. Before you head out on a cruise discover for yourself the magnificence of this beautiful city.

Where to Stay in Quebec City

It doesn’t get any more convenient than the Le Germain Hotel Quebec. Located in one of the original skyscrapers in the old financial district, this small boutique property located within walking distance of the cruise terminal. This family run hotel has 60 beautiful rooms that have either city, river or port views. 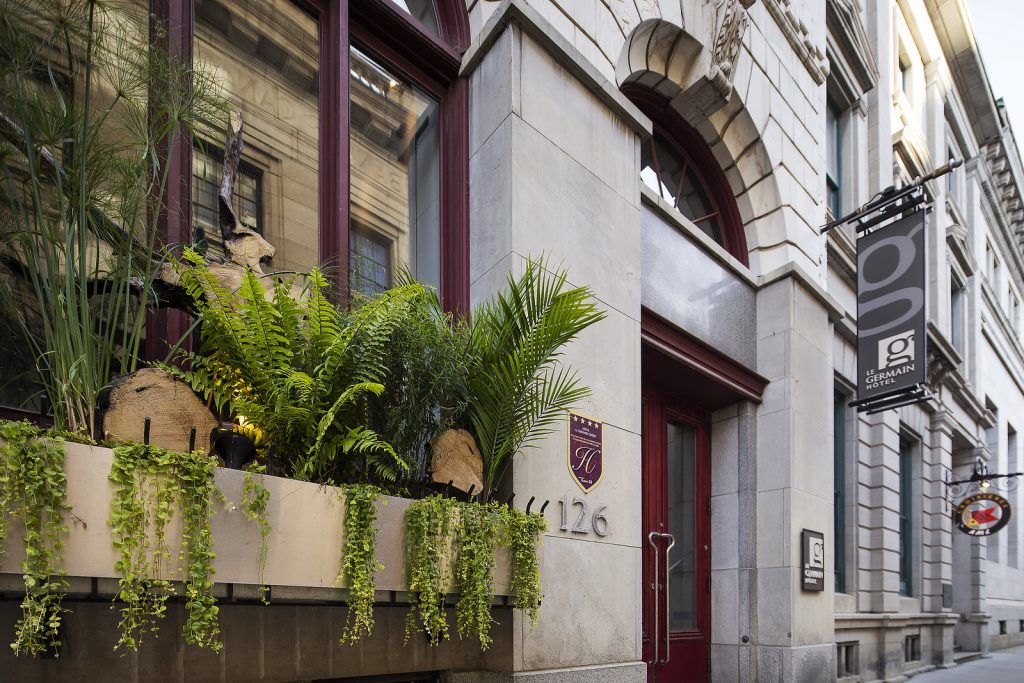 You can expect personalized service from the staff who go the extra mile to make your stay memorable. They will be happy to suggest things to do or make reservations at the nearby Chez Rioux & Pettigrew for brunch or Ciel Bistro and Bar for a special dinner with panoramic views of the city. 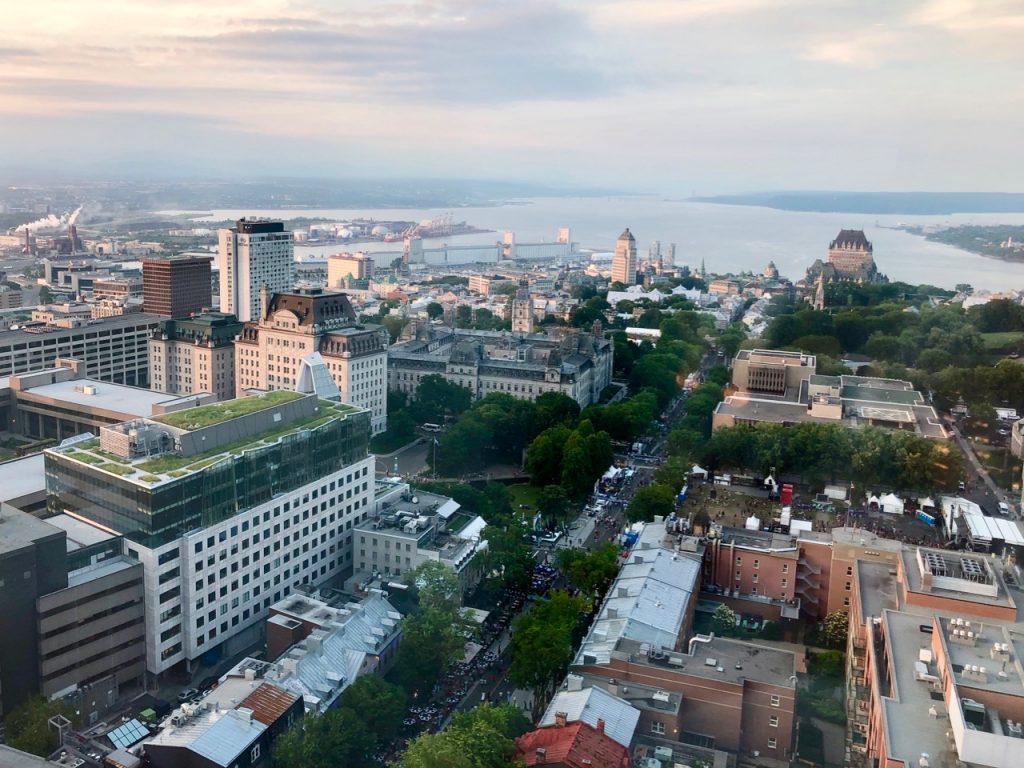 Among the unique hotel amenities, they offer is the option for guests to sleep in every day. There is no check out time. And while you do not need a car during your stay in Québec City, should you find you want to take a day trip and explore the region, Le Germian is happy to lend you a car through their partnership with Lexus.

What to Do in Quebec City 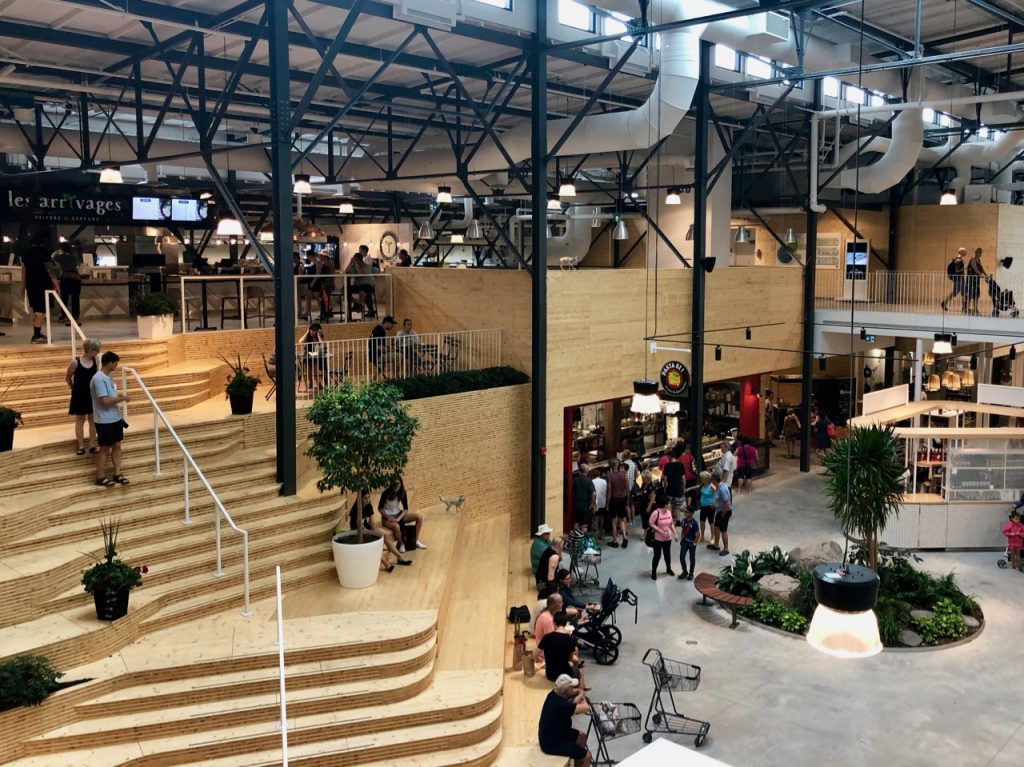 La Grand Marché – A highlight of any trip to Québec City is a visit to the Le Grand Marché, a new gourmet destination. It is a must-see for anyone who wants to taste the flavors of the region. In order to return to its roots, the market has recently moved to a more centrally located 100-year-old commercial pavilion. Here, local cities and towns come together to celebrate agriculture. The interior has been designed to simulate a village square, a central meeting place for locals to meet. 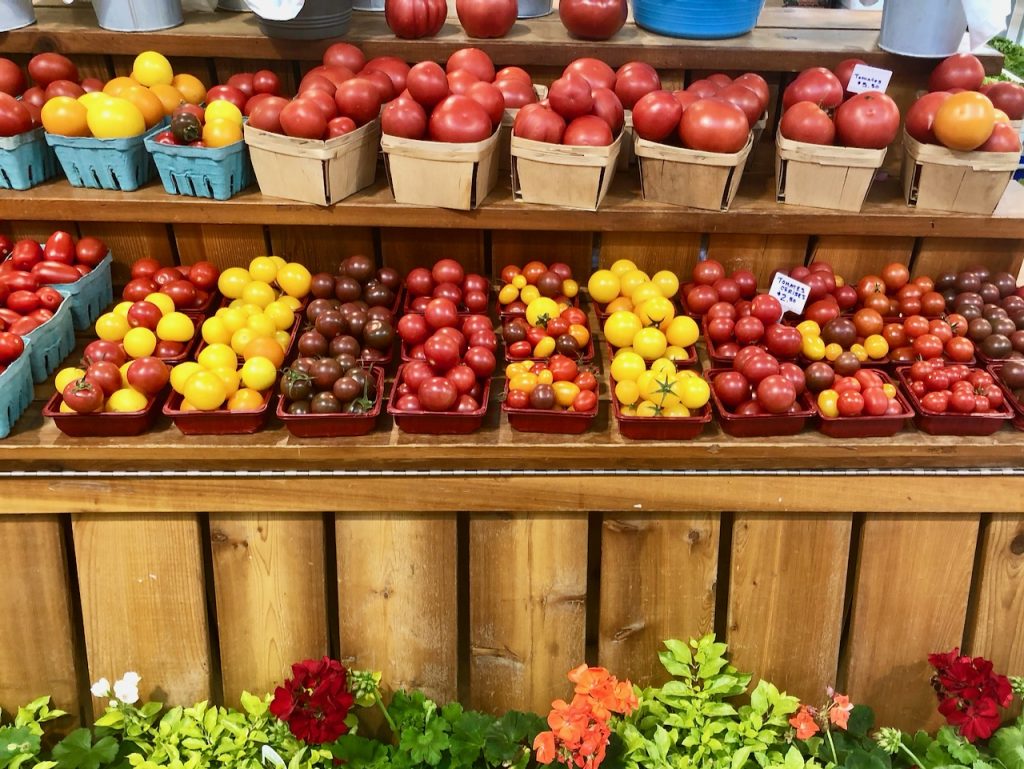 With one-stop shopping in mind, patrons will find wine, cheese, produce and other locally made products all under one roof. There are butchers, fishmongers, bakers, chocolatiers and a mini supermarket as well. If you are hungry grab a bite at SNO Brewery or the Market Restaurant which uses ingredients sourced daily from producers within the market.

There are free shuttles from the city to take you to the new location. Cruise passengers can pick it up at the former market space right near the port. 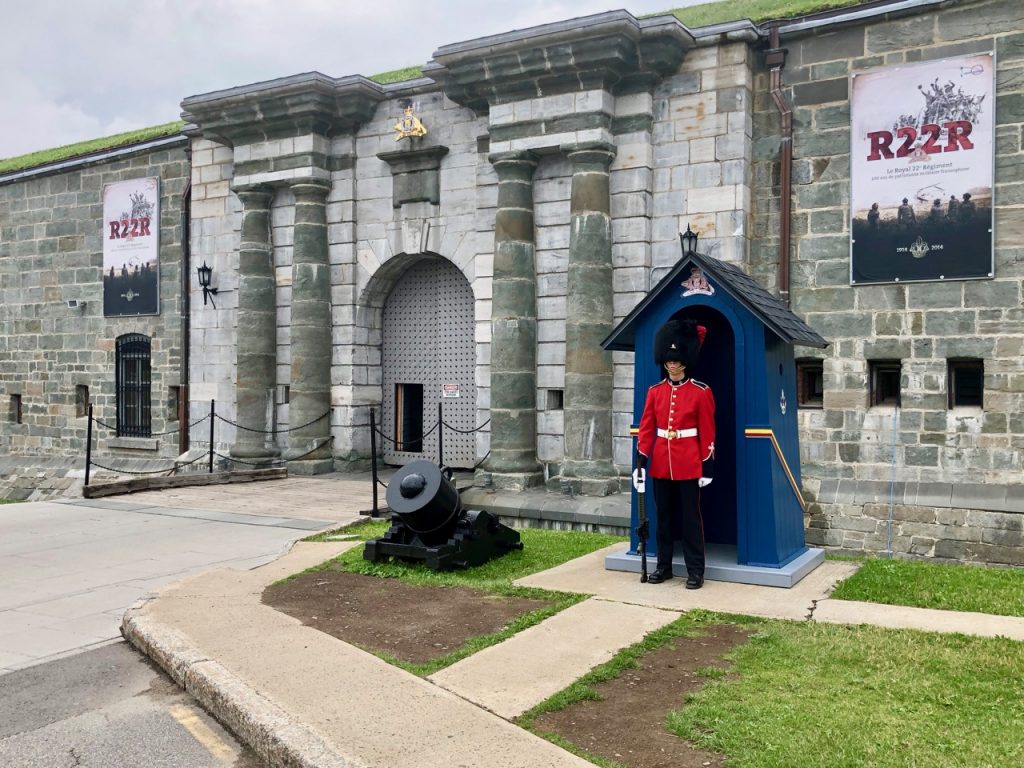 Citadelle de Québec – Located strategically at the city’s highest point, the Citadelle of Québec is the largest British fortress in North America. The museum, located within the of the star shaped Citadelle, houses collections from the Royal 22e Régiment. A summertime visit must include watching the traditional changing of the guard ceremony that is similar to the one at Buckingham Palace.

RELATED: A Reason to Cruise In or Out of Montreal

Québec City hosts some amazing annual summer events, including the Festibiére beer festival and the comedy fest ComediHa! However, anyone who loves live music would be remiss not to plan their cruise departure or return to coincide with the Festival d’été de Québec.

The FEQ, as it is known, takes place annually in July. It is sprawled out over 10 venues around the city center with the main acts playing on the historic Plains of Abraham. It is the longest-running and largest outdoor musical festival in North America and still relatively unknown in the United States. An 11-day pass only costs $115 CAD and gives you access to over 250 bands! 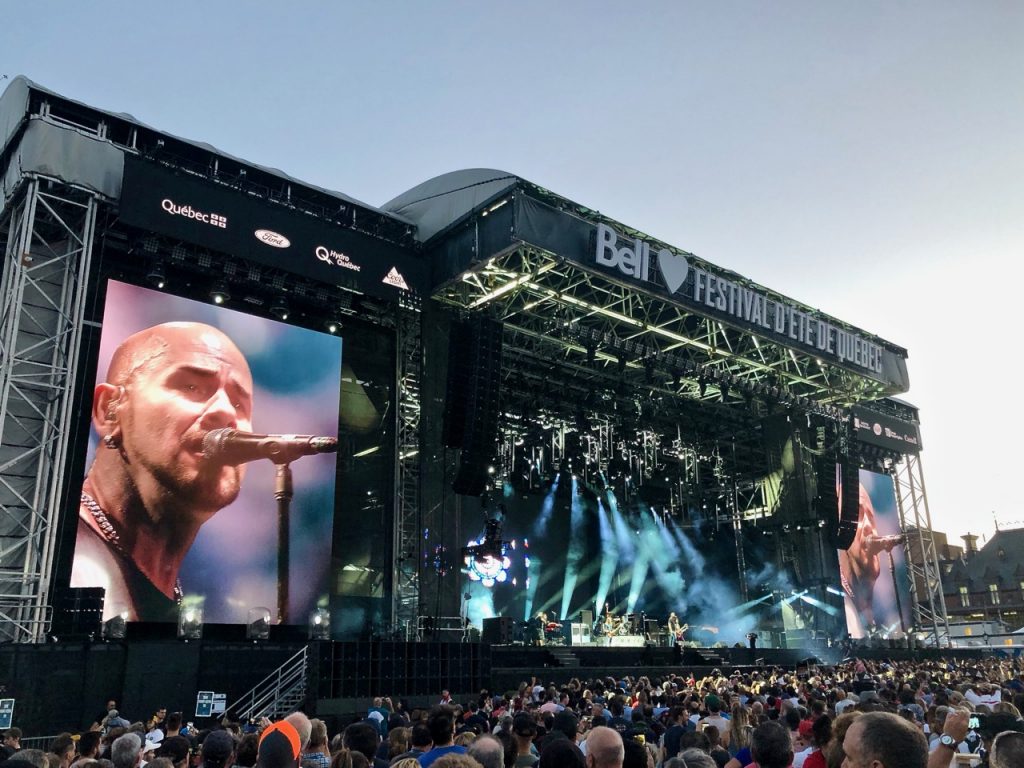 île d’Orléans –  Roughly two times the size of Manhattan and home farms, orchards and wineries, the île d’Orléans is an ideal place to spend the day. Venture around the island while enjoying scenic stops at artisan outlets, farm stands and then have lunch at a local bistro. You will discover vineyards such as Maison Cassis Monna & Filles where you can sample their black currant wines or the Vignoble Isle de Bacchus. 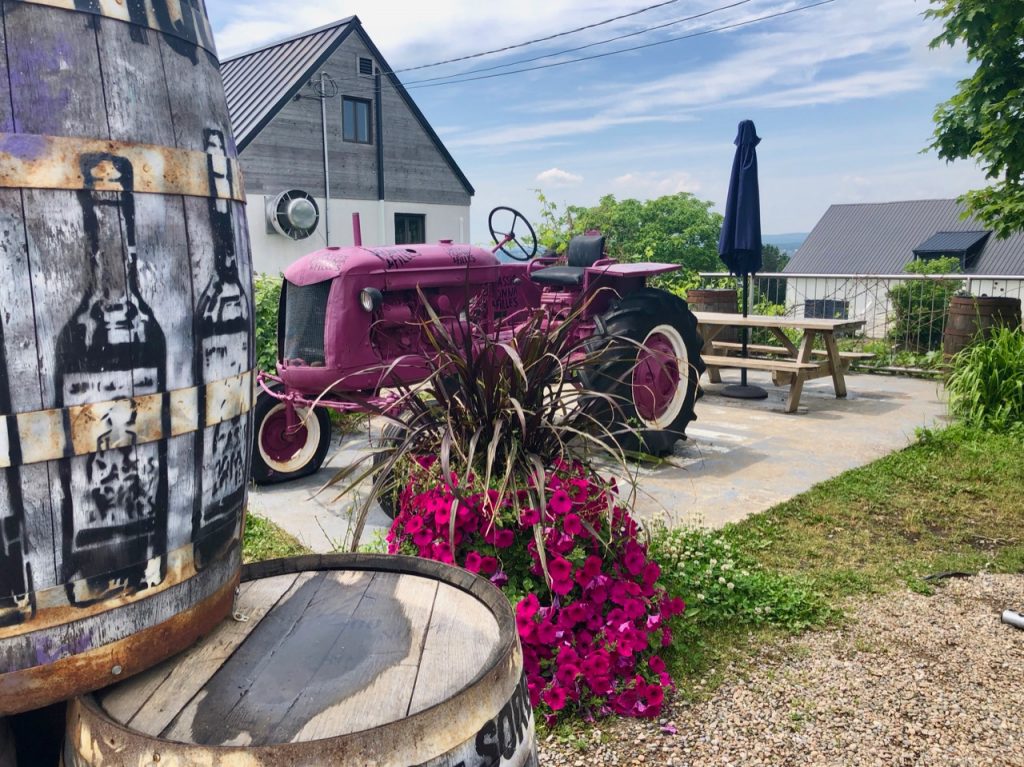 Montmorency Falls – Located just 15 minutes from Old Quebec, plan a half day trip visit the breathtaking Montmorency Falls. Take the cable car up to the top, grab a bite to eat at the restaurant and walk across the falls via a suspension bridge. For the more adventurous types try ziplining down in front of the falls or climb one of the three via ferrata circuits along the rock face with a professional guide. If heights aren’t your thing, there is a walking trail that runs alongside the bottom of the basin. 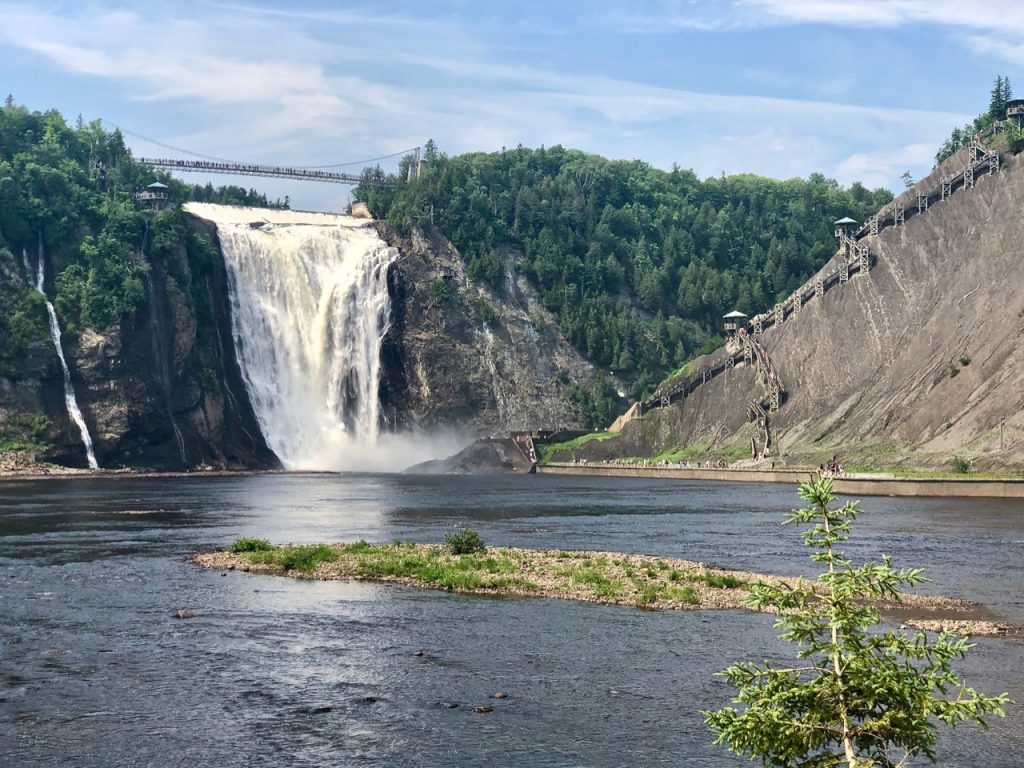 Dana Freeman is a freelance journalist and digital influencer living in Vermont. She is the editor behind Dana Freeman Travels. Through her original photography and writing, she provides authentic destination information, reviews, and travel tips. Dana specializes in cruise, luxury, food & wine and adventure travel.

Dana Freeman is a freelance journalist and digital influencer living in Vermont. She is the editor behind Dana Freeman Travels. Through her original photography and writing, she provides authentic destination information, reviews, and travel tips. Dana specializes in cruise, luxury, food & wine and adventure travel.

View all posts by Dana Freeman