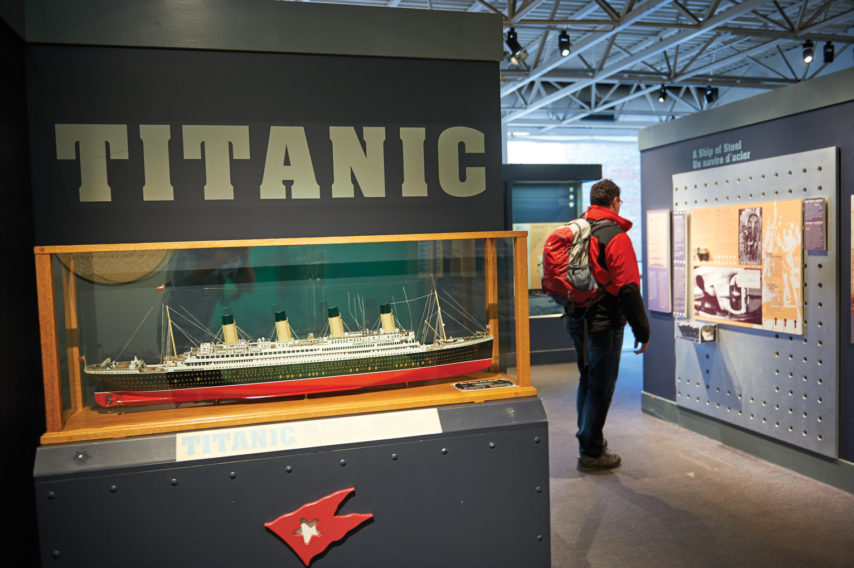 Halifax, a top destination on New England/Canada cruises, offers a mix of historic and modern attractions and strong maritime traditions – it was here that Samuel Cunard established the legendary Cunard Line in 1840 and here that many victims of the Titanic were brought and laid to rest in 1912. A large coastal region in Nova Scotia, Canada, it encompasses nine areas from a bustling downtown Halifax, the urban core of the region, to iconic coastal Peggy’s Cove. An eminently walkable city –with lots of attractions within walking distance of the cruise pier, it also has a convenient hop-on/hop-off bus operated by Gray Line.

A favorite stop for my husband Humberto and me on a recent voyage aboard Holland America’s Veendam, here are six ways to say “hello” to Halifax on your next cruise: 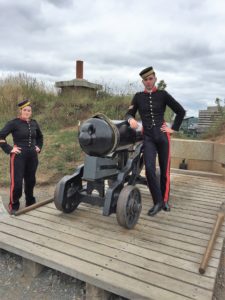 1) The Halifax Citadel National Historic Site – In the heart of downtown Halifax at 5425 Sackville Street, this star-shaped Canadian National Historic Site is one of Britain’s greatest 19th century forts. Highlights include the pageantry of the tartan-clad 78th Highlanders, the noon-hour gun (a tradition since 1856), music of bagpipes and drums, interactive exhibits and films. Before you leave the area, snap a photo of the Old Town Clock on Citadel Hill – it overlooks the city atop Citadel Hill with beautiful views of the harbor.

2) The Halifax Boardwalk – A place after my own heart with stunning views, this is one of the world’s longest downtown boardwalks filled with restaurants and “seaside snack shacks,” shops, farmers’ market, and such whimsical features as “drunken lampposts” – three very bendy light posts—and hammocks to relax and take a selfie in.

3) Peggy’s Cove – A picturesque fishing village on the eastern shore of St. Margaret’s Bay in the Halifax Regional Municipality, it boasts what is reportedly the most photographed lighthouse in North America: Peggy’s Point Lighthouse, which dates from 1868. Justifiably so: it is a vision in marshmallow white and red on a rocky outcrop by the sea. In this working fishing village, visitors find lobster traps and fishing nets decorating the wharves and roadside, and fishing boats come and go from the local wharf. An easy and pleasant way to visit is via cruise ships’ tours to Peggy’s Cove. We have done so on two occasions and wouldn’t mind returning!

4) Fairview Lawn Cemetery – On the night of April 14, 1912, the “unsinkable” White Star Line’s Titanic struck an iceberg and sank in less than three hours. Of the 2,228 passengers and crew, 1,518 died. White Star Line officials commissioned cable ships based in Halifax, the closest port with the necessary infrastructure, to recover bodies. Two hundred and nine bodies were brought to Halifax and 150 were laid to rest in three cemeteries in the city, including Fairview Lawn Cemetery, 3720 Windsor Street. The other two cemeteries are the Mount Olivet Cemetery on Mumford Road between Joseph Howe Drive and Olivet Street, and the Baron de Hirsch Cemetery, located within the aforementioned Fairview Lawn Cemetery. 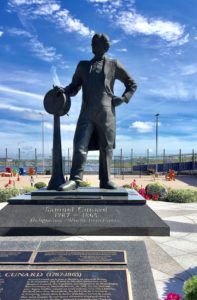 5) Discovery Centre – Located at 1215 Lower Water Street, this family-friendly attraction has four floors of interactive learning experiences. Features include a dome theater, children’s play area with an art room and room for blowing bubbles, and special exhibits. Among other attractions that merit a visit are The Maritime Museum of the Atlantic, 1675 Lower Water Street, with a permanent collection of the ill-fated Titanic. Also of interest are the Museum of Natural History, 1747 Summer Street; the Canadian Museum of Immigration at Pier 21, 1055 Marginal Road; and the Art Gallery of Nova Scotia, 1723 Hollis Street –all in downtown Halifax.

6) Alexander Keith’s Brewery – This brewery at 1496 Lower Water Street is one of North America’s oldest, established in 1820. It crafts small batch brews inspired by local Nova Scotian culture. Tours are offered that give a glimpse into the brewing process and wrap up at Stag’s Head, a historic pub in what used to be the aging cavern of the brewery. At the pub, visitors can sample the small batch and limited-edition beers while listening to live music from local musicians.