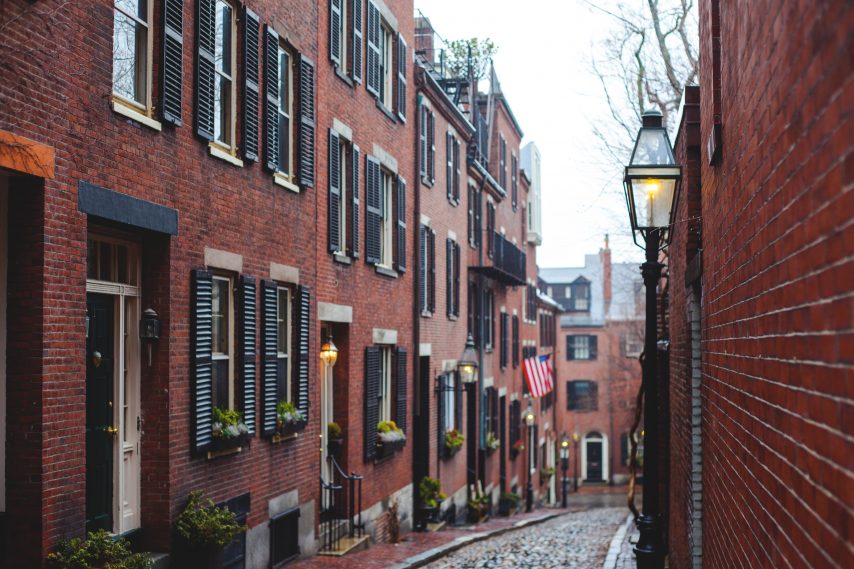 One of the most fascinating and turbulent eras in the United State was the event which made it a country in the first place, the Revolutionary War. The seeds of the American Revolution began in Boston and today, the city is a major cruise port for sailings to Canada, Maine and more. Touring the city before or after you cruise is a must for any history buff who wants to see where it all went down and follow in the footsteps of America’s Founding Fathers.

The social, economic, and cultural changes that Boston brought to the table are astounding when looking back through time. There are pockets of this history throughout Boston found in the buildings, the costumed guides, and of course, the people who call it home. Here are the top 5 must see Revolutionary War sites to see and experience for the next time you’re cruising from Beantown!

When it was built in 1729, Old South Meeting House was the largest building in the city. It gained historical fame as the location where Samuel Adams rallied the people to participate in perhaps the most famous act of civil disobedience the United States has ever seen, the Boston Tea Party. Today, the Meeting House is a National Historic Landmark and museum teaching Revolutionary history.

Adorned with a golden lion and unicorn, the Old State House was the seat of the government and merchant’s exchange.  It was built in 1713 and was the site of the Boston Massacre and the death of Crispus Attucks, widely considered the start of the war. It is also where James Otis opposed the Writs of Assistance and John Adams proudly proclaimed “the child independence was born.”

One of the oldest continuing market buildings, Faneuil Hall was  built in 1742 on the old town dock.   It has evolved over the years into a vibrant center for shopping and dining. Town meetings were held here between 1764 and 1774 and included the likes of famous revolutionaries like James Otis, Samuel Adams, John Adams, John Hancock, and Paul Revere, who all protested against taxes on the colonies at the hall.

Tucked in the North End, not only is the Revere house a classic colonial home, but it is the oldest remaining in downtown. Built in 1680, it was the home of patriot and silversmith Paul Revere who is famous for alerting the countryside that the British were mobilizing for war with the iconic call “The British are coming.” His famous ride is one we all know well and to retrace his steps is a treat for any history lover.

Better known as the Old North Church, Christ Church is Boston’s oldest church and is an active Episcopal parish. It’s here where two lanterns were lit atop the steeple to alert the people the British were coming by sea. The church sees half a million visitors every year and is a must-see.

The advantages of viewing these Revolutionary War sites are the fact that they are contained in a tidy few square miles. Everything is within comfortable walking distance, and along the way are many shops, and restaurants. Don’t leave without trying a lobster roll!