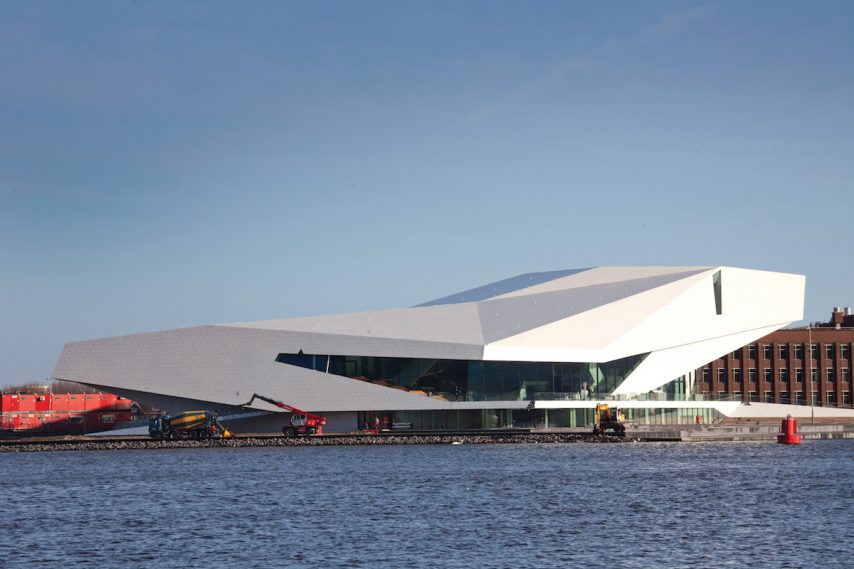 Amsterdam has always been a seafaring town. It started a thousand years ago as a fishing village on a narrow dammed strip of land surrounded by water and bog. But the town soon expanded with increased trade, and by the 17th century it was the richest port in the world. Amsterdam’s Golden Age was marked by a flourishing of the arts and with the construction of the iconic Canal Ring.

Amsterdam continues to celebrate its maritime heritage every five years during SAIL Amsterdam, with the next one slated for 2020. Over several days, vintage tall ships from around the world fill the river IJ behind Central Station. For the rest of the time, the river remains a haven for river barges, ferries, and, of course, cruise ships. So if your cruise begins or ends in Amsterdam, here are my local tips on how to enjoy some extra time on shore.

Amsterdam was long mocked for its standards of food — beyond the stellar local snacking traditions such as raw herring. But a new generation of chefs has stood up in the last decade to save the day.

Prime examples include Breda, where the two young chefs and sommelier have created a canal-side eating temple where every detail has been carefully thought out — except for the menu. Each day they come up with an array of flavor-popping dishes inspired by their southern Netherlands hometown of Breda and based on whatever they found at the market earlier that day.

More off the beaten track, Meneer de Wit Heeft Honger has Dutch-Moroccan chef Simo Bouabgha and his team serving a Mediterranean-inspired menu that puts the emphasis on bringing the flavors of vegetables to the forefront. But he’ll also only be too happy to roast you a sheep’s head if you call ahead.

If you’re after choice, visit the Foodhallen in the city’s former tram depot where more than 20 stands serve everything from global street food to more posh fare that reaches for the Michelin stars.

For a more economical lunch, the old school “eating salon,” Van Dobben, offers local fare such as pea soup or a broodje kroket (a deep-fried crunchy meat-and-potato mélange on a bun). Don’t forget to dose it with spicy mustard.

The view everyone is currently talking about is from A’DAM Toren across from Central Station on the river IJ and right next to the eye-catching EYE Film Museum, which resembles a white bird in mid-flight. Opened in 2016 in the former Shell building, A’DAM features a hotel, recording studios, various bars, a rotating restaurant, and an observation point complete with over-the-edge swing seats.

RELATED: Amsterdam On the Map

But one can also opt for free views nearby: Take the elevator to the top of the Central OBA Public Library, or walk up the sloped roof of the youngster-friendly science museum, NEMO, which resembles a green ship in mid-sink. 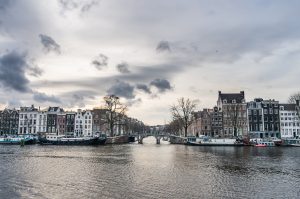 To take a more historical route upward, several of the city’s centuries-old churches, such as Westerkerk and Ouderkerk, offer tours up to their tower belfries. Hint: Bring earplugs in case the bells go off.

For a more horizontal view, rent a bike and head up the Amstel River, past a windmill and toward the scenic café-rich town of Ouderkerk aan de Amstel. You’ll soon discover why this was Rembrandt’s favored sketching route.

Museum Square covers the history of Western art in less than half a square mile: Rijksmuseum with its Rembrandts and Vermeers, Van Gogh Museum with its vast collection of work from everyone’s favorite earless genius, and the Stedelijk Museum of Modern Art, which strives to bring us up….

Photo: Netherlands Board of Tourism & Conventions