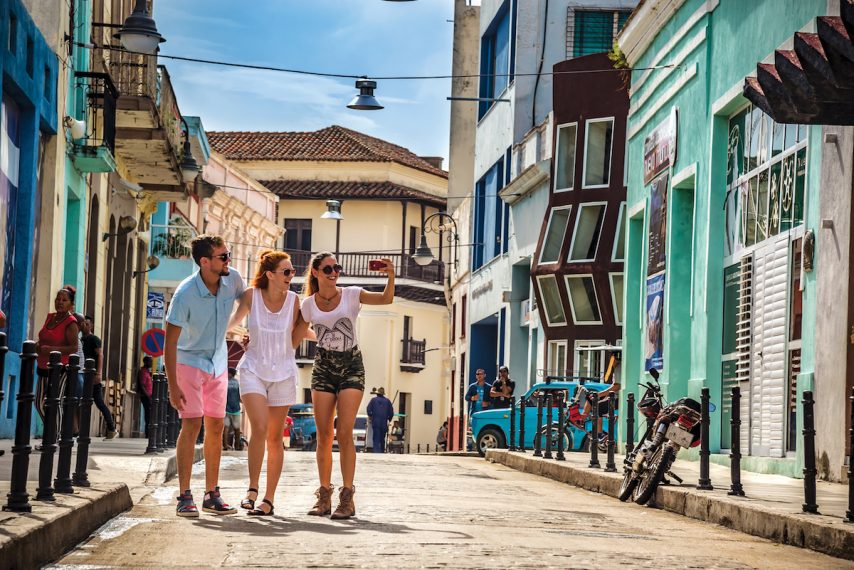 For many visitors to Havana, the city may seem frozen in time, but if you look beyond the fading facades of its elegant past, the Cuban capital is changing rapidly as a young generation of Habaneros pulls it toward the future.

Everywhere you turn, colonial-era buildings that had fallen into disrepair are being transformed into hotels, restaurants, and galleries as the Caribbean nation uses tourism to transform its economy in the post-Castro era.

Havana’s residents have always found ways to enjoy life despite their hardships, so the optimistic energy and can-do spirit that pervades it during the city’s transformation will only add to a visitor’s experience. To help you tap into that energy, here are five ways to enjoy your time on shore in Havana.

Visitors to Cuba have complained for years about the poor quality and lack of variety of food served in the country’s dreary, state-run restaurants, but that is changing as more liberal business laws have given rise to a wave of privately owned eateries. Known locally as paladares, these establishments run the gamut from informal holes in the wall to upscale dining establishments.

RELATED: Feel the Mojo: A Guide to Cuban Food

Try San Cristóbal (Calle San Rafael No 469) for its delicious Cuban-creole menu and memorable setting of a former mansion that is decorated in an eclectic style of antiques, offbeat religious artifacts, and whimsical bric-a-brac.

Other paladares to sample include the trendy O’Reilly 304 (the name is also the address), which is famous for its seafood and extensive cocktail list, as well as Café Laurent (Calle M No 257, between Calles 19 and 21 in Vedado), an upscale restaurant that feels like you’ve stepped back into time to the 1950s.

If you’re pinching pennies, there are numerous roadside stands in Havana that serve up delicious and cheap street food. A popular choice are the pork burgers that locals like to top with cream cheese, strawberry jam, and pineapple, all washed down with a nice glass of watermelon juice.

To enjoy unparalleled views of Havana, start with a trip to the top of one of the city’s tallest structures, the towering José Martí monument that soars 358 feet over the Plaza de la Revolución. As an added bonus, the plaza is one of the best spots in the city to find the vintage cars for which Havana is famous.

One of the finest views of Old Havana is from one of its newest hotels, the five-star Gran Hotel Manzana Kempinski. Enjoy a drink in their El Surtidor Pool Terrace and Bar while taking in an amazing view of the old city that includes the graceful dome of El Capitolio, the National Capitol Building.

When you visit the historic El Morro Castle, which just about every visitor to Havana does at some point, travel the short distance to the Cristo de la Habana statue. It’s a massive ….