10 Things About A World Cruise That Keep Guests Coming Back 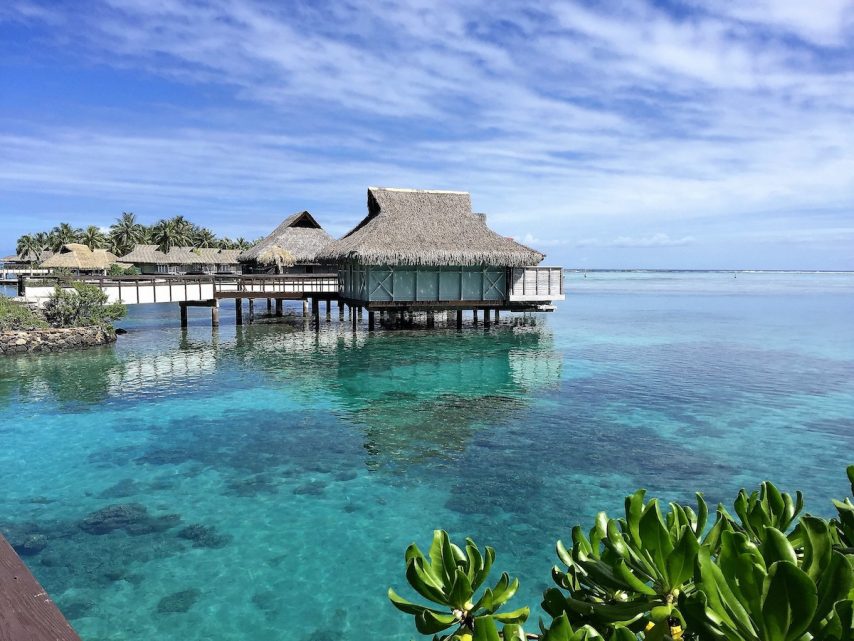 Ever since before the time of Ferdinand Magellan, people have been dreaming of, and trying to, circumnavigate the planet. And no wonder! Doing a circle around the globe, visiting scores of exotic places and experiencing a variety of cultures – in just one voyage –makes anyone feel like a superhero. In modern times, cruise passengers can go around the world in floating palaces that not even Magellan could have foreseen – can you imagine that great explorer soaking in a hot tub?

Each winter, several cruise lines feature world cruises – among them Crystal, Cunard, Holland America, Princess, Oceania and Silversea. I have done four on Holland America’s Amsterdam and am booked in the next one, a 113-day voyage setting sail from Fort Lauderdale on Jan. 22, 2019 (and I have also booked that ship’s 2020 Grand World Voyage). Why do I keep taking them? Here are 10 things that make a World Cruise like a potato chip – you can’t have just one:

1) The first day. That incredible feeling that one gets after being pampered, entertained and well fed all day and knowing that you have 100-plus more days like this one ahead to enjoy. 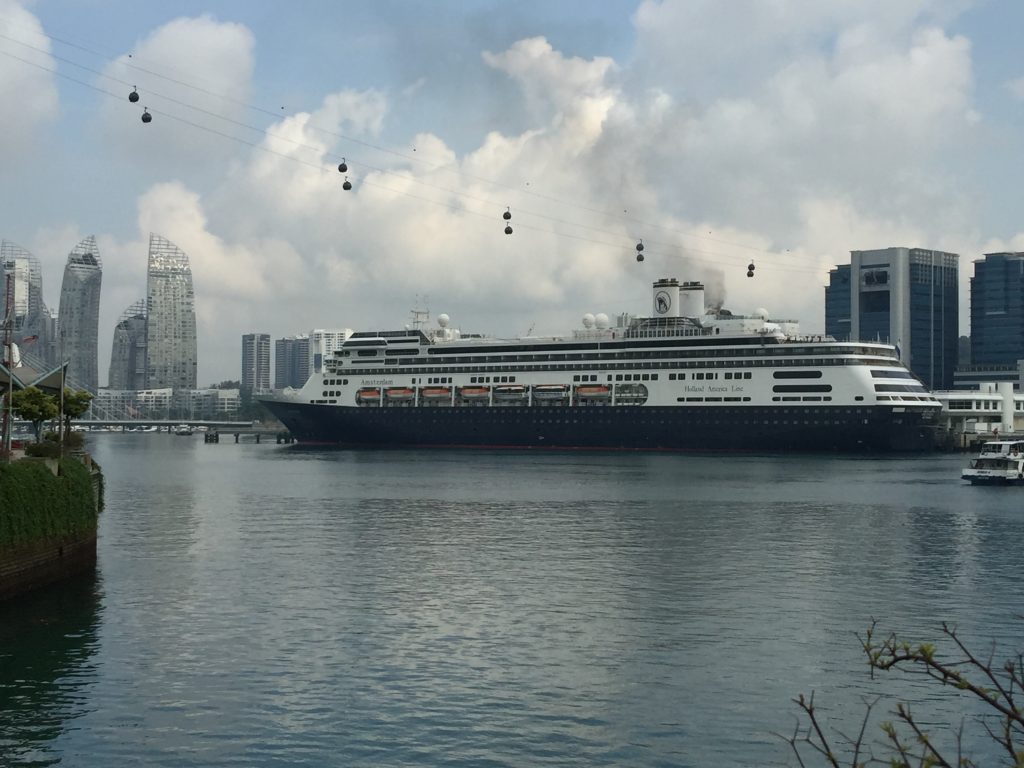 2) The overnights and extended stays in ports. World Cruises offer a number of these so guests can explore more extensively in various ports and regions. Our next World Cruise on the Amsterdam features seven overnights and three extended stays when the ship remains in port until 10 p.m. or 11 p.m. in such exotic locales as Papeete, Tahiti; Vaitape, Bora Bora; Bali, Indonesia. We make the most of overnights and extended stays by booking rooms and/or overwater bungalows perched on turquoise lagoons in such idylls as the Four Seasons Bora Bora, the InterContinental Tahiti Resort & Spa, the InterContinental in Moorea, the Taj Mahal Palace in Mumbai, India, and the Four Seasons Bali at Jimbaran Bay – the latter designed as a traditional Balinese village and featuring authentic cuisine, crafts and other cultural enrichment.

3) On Location program. This Holland America program brings the history, culture and flavors of a destination onboard ahead of, and during, the visit. For example, on past voyages a Polynesian team was put on a week ahead of our arrival in Tahiti and they provided ukulele-playing lessons, classes on Tahitian crafts, dance lessons and performances; ahead of Australia we had an Australian team who taught us about aboriginal crafts and how to play the didgeridoo, and we had a barbecue on deck with Aussie dishes, including, alas, kangaroo!

4) Special events. The World Cruise features special happenings, some wacky, like the Crossing of the Equator Ceremony with new crew members who have never crossed the equator being brought in as “prisoners” to await the judgment of ship’s officers and King Neptune after they kiss a big fish (thumbs up: they remain by the pool, thumbs down: they get dunked); and some events quite delightful like the “Beach Party” we enjoyed one year while in Australia, complete with real sand by the pool, beach toys, and three authentic lifeguards from Sydney; and the Mariner Appreciation Days with complimentary beverages (as you can imagine this occasion is very well attended!) and canapes during sail away and other happenings. 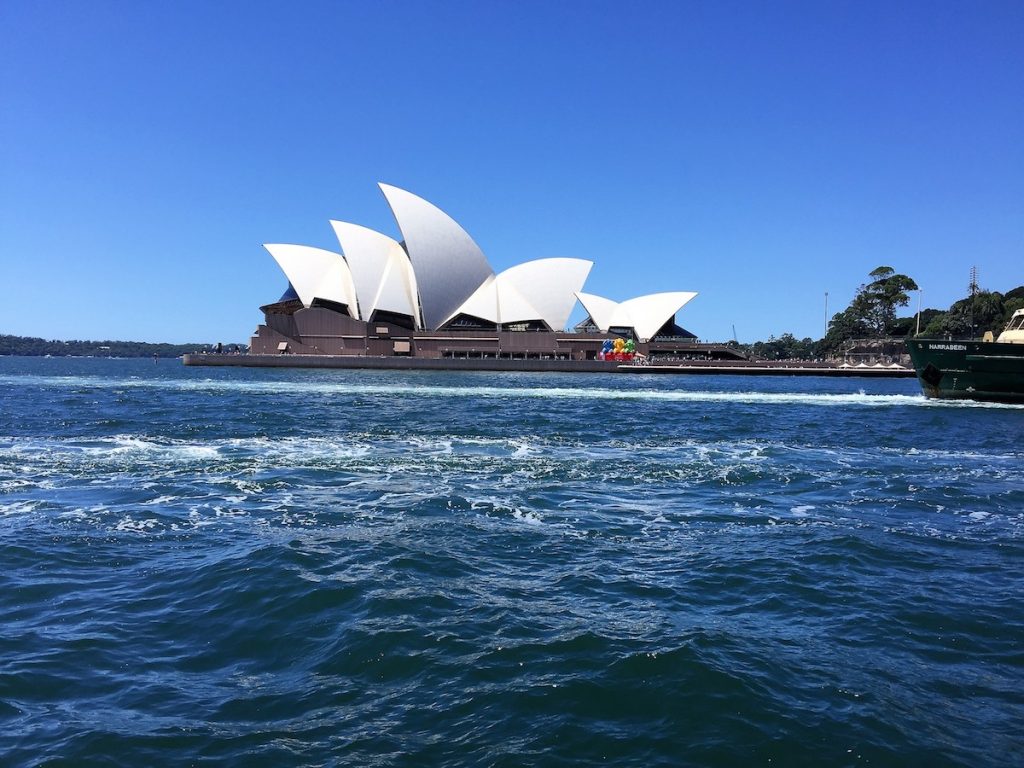 5) Celebrities. The world cruise typically features well-known entertainers and personalities. On some of ours we have had Archbishop Desmond Tutu of South Africa, singer Melissa Manchester and comedian Rita Rudner among other headliners.

6) Celebratory balls. During these gala occasions the band plays, the lounges and dining room are festively decorated including lovely floral arrangements for the Valentine’s Day Ball. On these occasions, the officers make a receiving line to greet passengers and guests dress up and dance the evening away.

7) The camaraderie. Being on board a ship with others for more than 100 days develops a certain camaraderie – a feeling that we are “all in the same boat”—and have respect for each other even if there are any perceived quirks and eccentricities – and that indeed we are all achieving something big together: circumnavigating the globe.

8) A hand-picked staff. The line puts on the best of the best on the world cruise and they go out of their way to make you feel happy and at home.

9) More amenities. These include things like special port welcomes at various ports of call with local folkloric groups. More themed nights with decorations and special menus in the dining room. And things like a special sandwiches-made-to-order station at the Lido buffet, more menu offerings in the Lido, complimentary shuttles to the city in ports of call, and more enrichment lectures.