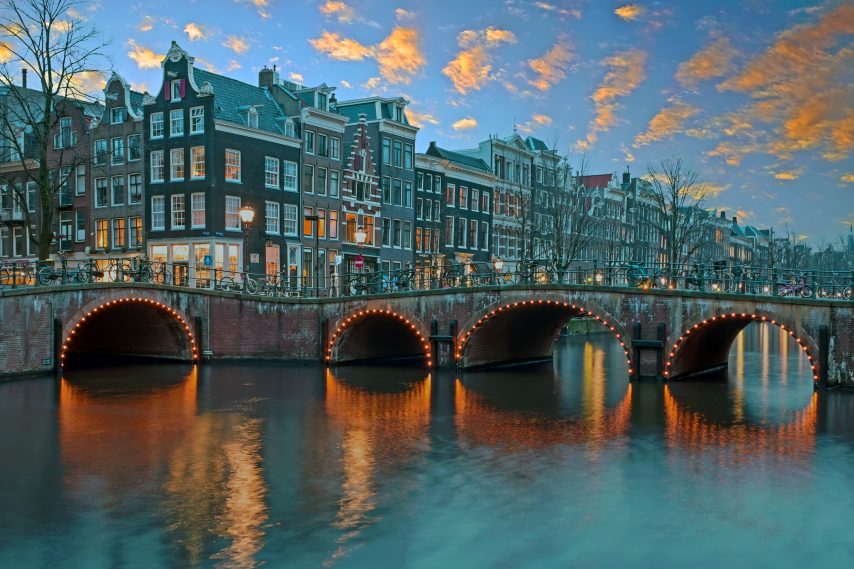 Amsterdam, capital of the Netherlands, is an enormously popular place with cruise ship passengers and there are a lot of us. Amsterdam is the third biggest cruise port in Europe by number of passengers.

Over 700,000 passengers visit its two Passenger Terminals one of which is smack dab in the city center, the second is beyond the locks in Ijmuiden on the way to the North Sea. The city is often called “The Venice of the North” for its remarkable number of canals. They earned Amsterdam its status as a UNESCO World Heritage Site.  There’s so much to see and do in this city of almost a million people that planning your Port Day usually means a list of “Either/Ors”.  Either you visit one museum or another.  Either you use the phenomenal public transportation system or ride a bicycle in a city full of them. And either you go to a Café for a cup of coffee or visit one of the city’s Coffee Shops where you’ll find cannabis but not caffeine.

Before we get to Porthole Cruise’s complete list of Either/ Ors, there’s one thing everyone can use in Amsterdam: The I Amsterdam Card gives you access to virtually every major attraction, more than 70 museums, use of public transportation via metro, tram, bus and ferry, a 1-hour canal cruise and a 24-hour bicycle rental.  A 24 hour I Amsterdam card will set you back 65 Euros but it’s worth every penny.

If you’re in Amsterdam for longer than a day, it’s an even bigger bargain. 2 Days comes in at 85 Euros. Like everything else in this article, you can advance purchase the card online. You can also make advance reservations and for every attraction on this list, Porthole recommends you do to avoid disappointment.

EITHER head to the Rijksmuseum,(Museumstraat 1, 1071 XX) a treasure trove of Dutch art that 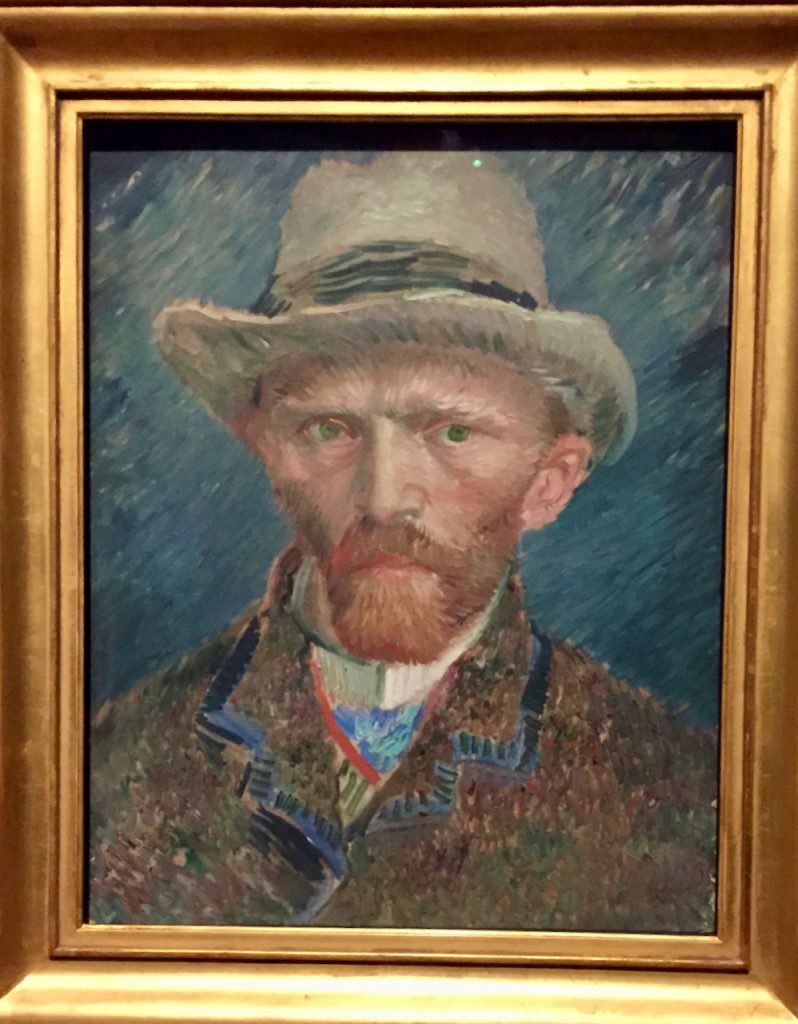 stretches from the Old Masters (Rembrandt) to Piet Mondrian, one of the greatest artists of the 20th Century. The Rijksmuseum offers a free App to guide you through its collections. There are 14 different tours so you see as much—or as little–as you want. You can even choose the subject matter: Mad for flowers? Fashion? Fancy Hats? There’s an app for that. You can download it free from IOS or Android apps stores.

OR make tracks to the nearby Van Gogh Museum (Museumplein 6, 1071 DJ) which tracks Vincent Van Gogh’s career through the gift of his entire collection by his family.  Whichever museum you chose, it’s best to go early in the day to best see the art. Book online to save time before you go.

EITHER take a Canal Tour from right near both museums.  This is Amsterdam’s #1 experience and not to be missed. There are more than 60 miles of canals crossed by 1500 bridges. Dug in the 17th Century, these canals are fronted by more 1550 glorious examples of Dutch Architecture. The I Amsterdam card is honored by all major canal cruise companies including Amsterdam Canal Cruises at Stadhouderskade 550, 1072 AE, an easy walk from either museum. 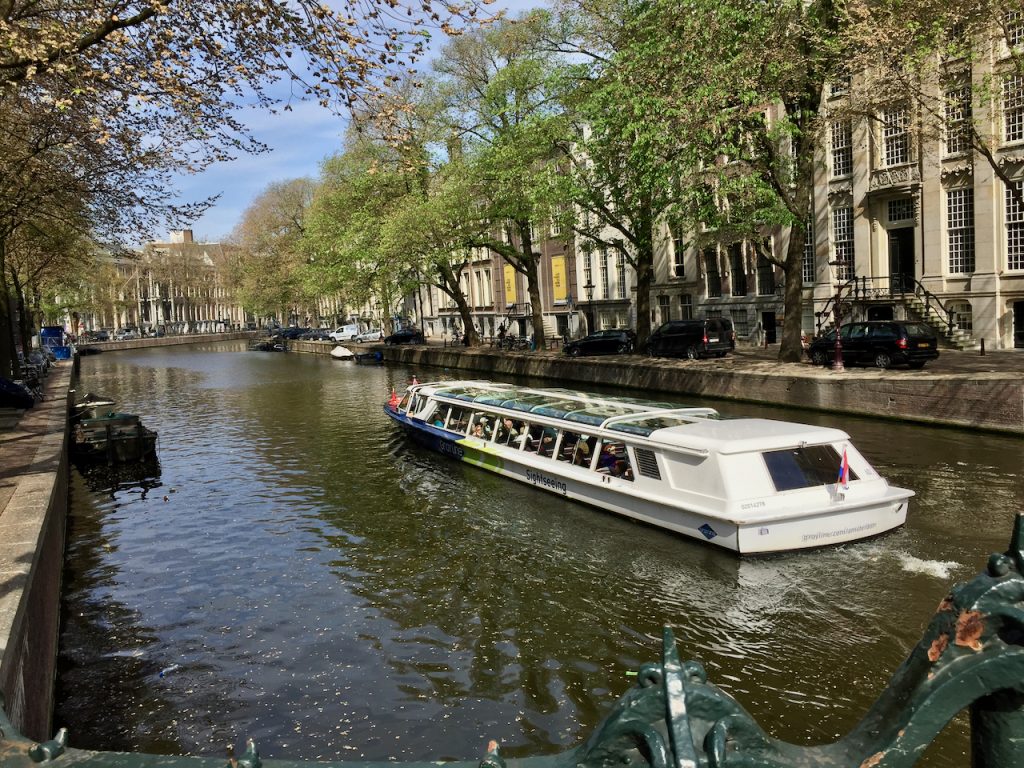 OR Splurge on a Cruise that comes with a Pizza or a Hamburger and an Open Bar (42.5 Euros).  If your ship’s departure time permits, there are cruises that feature Candlelight Wine and Cheese and there’s even one that serves a 4-course dinner as you cruise the canals, drink in hand.

EITHER make a pilgrimage to The Anne Frank House (Westermarkt 20, 1016 GV). The apartment where the Franks hid from the Nazis and where Anne wrote her famous diary is all here for you to see –including the secret room behind a bookcase where the family hid.  The only way to see the house is to pre-book online at as soon as you know your dates. This is one of Amsterdam’s most visited attractions.

RELATED: Amsterdam On the Map

OR You can visit The Amsterdam Museum (Kalverstraat 92, 1012) where Anne Frank is also honored along with a Rembrandt, Van Gogh, and the thousand years of this city’s history. Interactive exhibits bring history alive here better than any guidebook, or tour guide. It’s also far less crowded than the Anne Frank House.

EITHER Spend the better part of a day going to world-famous Keukenhof, home of the most extraordinary display of flowering bulbs in the world.  Tulip season runs from the end of March to the beginning of May.  The park is a 35 to 40-minute bus trip from Amsterdam’s Schipol Airport. Trains leave Central Station for Schipol every 20 minutes. The bus ride plus admission costs 19 Euros. 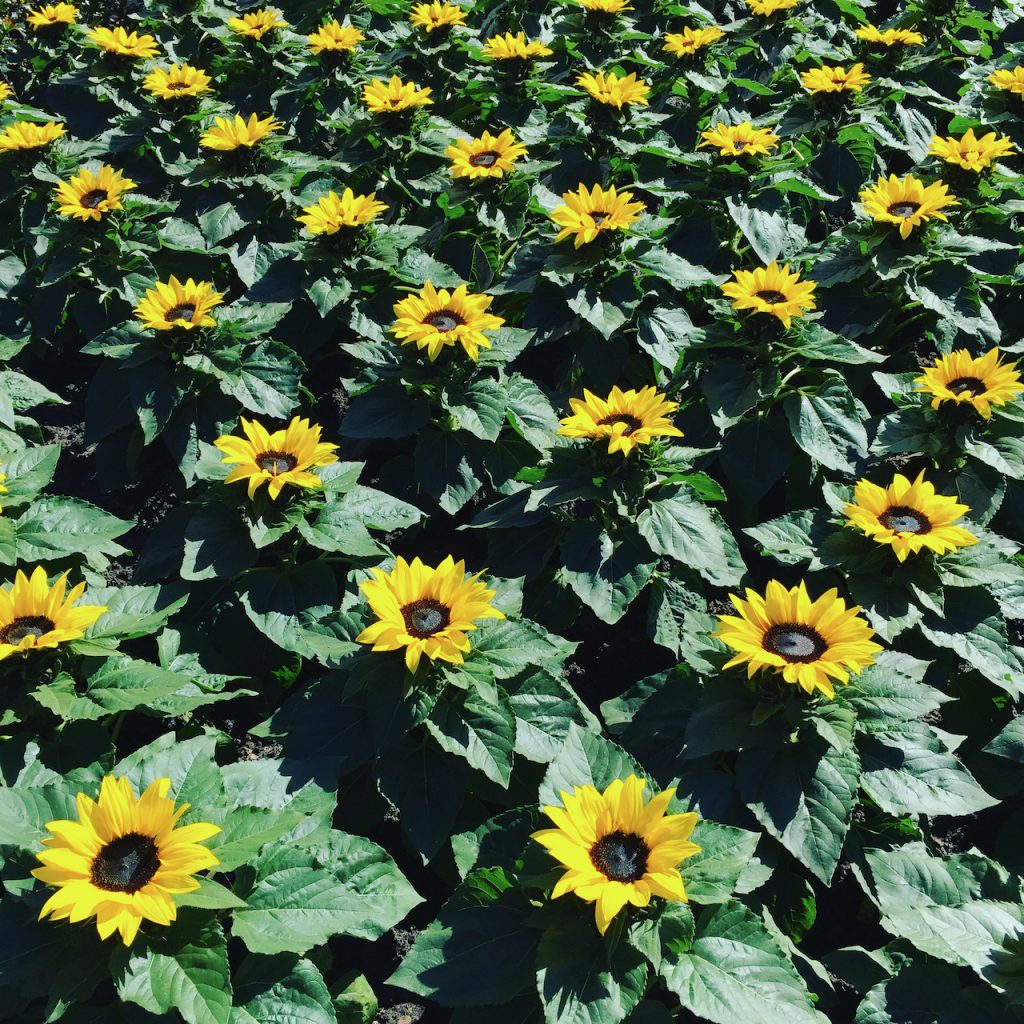 No trip to Amsterdam is complete without flowers | Photo: Monte Matthews

OR Head to the Bloemenmarkt, Singel 630 to 600 1017 AZ, the centrally-located Flower Market.  All year long, this market atop a canal, is bursting with beautiful flowers no matter the season.  The prices are attractive too—so much so that you might want to fill your stateroom with blossoms. Also at the Bloemenmarkt, the ultimate souvenir: Specially-packed tulip bulbs can be safely carried back home.

EITHER Eat like a local at Haesje Claes (Spuistraat 273-275) right in the city center and right across the road from the Amsterdam Museum. This vast place has a motto which translates to “From Pork Cracklings to Caviar”—meaning there’s something for everyone. The same menu is used from noon to midnight. And everything is authentically Dutch from Mussels from Zeeland to White Asparagus in season and game dishes the Dutch are famous for.

OR Sample an Indonesian Dutch specialty, Rijsttafel at Sanpurna (Singel 498 1017 AX ).  Rijsttafel means ‘Rice Table’ and from noon on you can sample an amazing array of Indonesian specialties from their Family-Style menu. The food and ambiance are as remarkable as is Sanpura’s location right across the street from the Bloemenmarkt.

Wondering what to do in Amsterdam? Honestly, there’s no bad time to go. Whether you’re visiting at Tulip Time or skating on a frozen canal in winter, Amsterdam is simply not to be missed anytime. Let us know your favorite things to do in Amsterdam in the comments below!