Visit the Only Floating Museum in New York City

Cruising has grown into one of the most popular vacations for families, couples and everyone else looking for an awesome getaway. It’s been a long process, about 100 years in the making, but cruising is solidly at the top of the most popular vacations American’s take. Part of the reason cruising grew in popularity can be attributed to the people who lived and worked on ships over the years who truly made the experience a memorable one.

David Sharps is one such person who began his career as an entertainer on board Carnival Cruise Line and has built his life literally on the water ever since as the founder of the Waterfront Museum.

Life on the Water 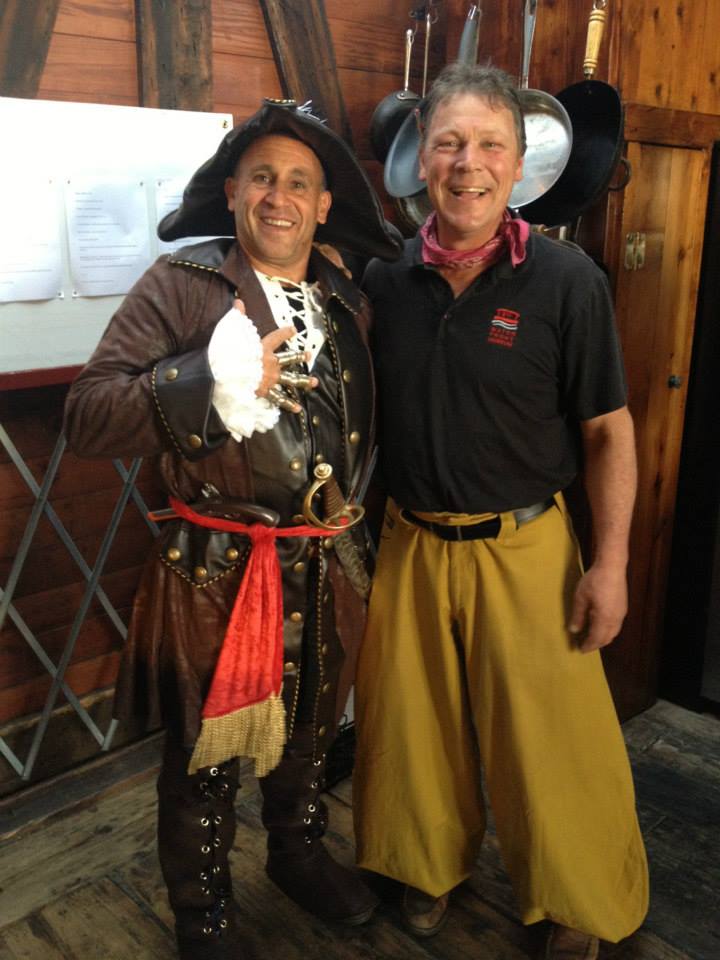 David began his career as a juggler on board Carnival Cruise Line, which at the time, only operated one ship. While on board the Carnival Mardi Gras from 1979 to 1982, David developed his love for the sea and everything that accompanied life on the water. An entertainer first and foremost, David spent time in Paris living on a houseboat before returning stateside to New York City and purchasing what is now the floating barge Waterfront Museum for just $500.

Built in 1914 to assist the Port of New York railroads, Lehigh Valley Barge #79 fell into disrepair sitting in the mud underneath the George Washington Bridge for decades. When David returned to America after his time abroad, he came across the barge and knew instantly it’s history and design made it something special. He spent the next 2 years refurbishing the barge, mainly removing mud from just about everywhere, and cruised it over to Red Hook, Brooklyn in 1994.

RELATED: A Guide to Cruising from New York City

These days, the Waterfront Museum in New York City receives nearly ten thousand visitors each year who come to learn more about nautical history of New York City and to catch one of the many performances put on in the evenings.The museum features collaborations with performing artists and their companies including a contra dance, a  pirate show, a showboat circus, river songs, dance, theatre, opera, and more.

The next time you’re looking to visit a great museum in New York City, we encourage you to check it out!