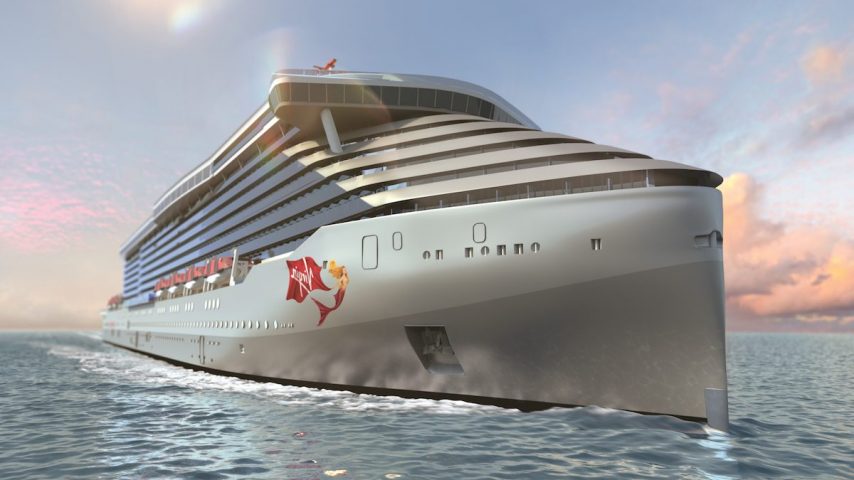 When Virgin Voyages first came into being back in December of 2014, their goal was to bring a new attitude, style and vision to cruising. New interior and exterior renderings of their first ship revealed on Facebook Live last night certainly make good on that promise. 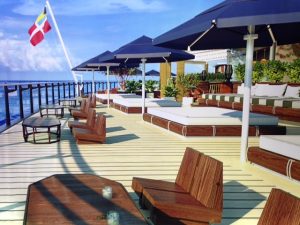 President and CEO Tom McAlpin, looking dapper in a blue glen check plaid suit, took to the podium and wowed guest at the New York City event and those watching on Facebook Live with jaw-dropping visuals of Virgin Voyage’s first vessel. 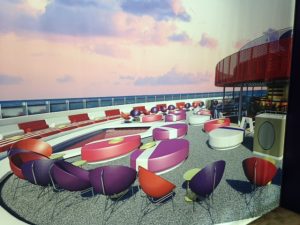 The ship redefines ambiance and style

“At Virgin Voyages, we pride ourselves on being more than just another cruise line,” McAlpin said. “Which is why, in everything that we do, and in every decision that we make, we are always working to redefine how the world views sea travel.”

Perhaps the most interesting feature on board is The Manor, a nightclub which harkens back to Virgin founder Richard Branson’s first record studio in England of the same name. The club will play only the best modern dance music for sailors looking to cut loose in the evenings after a relaxing day at sea.

An adults-only ship, the ambiance exudes high-end taste and impeccable style. According to McAlpin and the Virgin designers, the ship features a modern-retro feel and the ability to transform itself from day to night for the ultimate cruising experience. 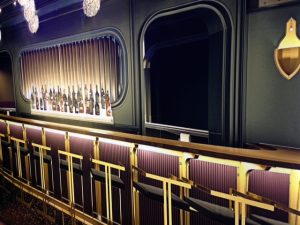 Not Your Average Cruise Ship

One interesting aspect of the design team is that Virgin sought out those with no history in the cruise industry. That led to a ship design that’s wholly unique inside and out. The goal hinged on establishing juxtaposition between high energy spaces and those meant for relaxation.

The ship is the first of three set to be built by famed Italian shipbuilder Fincantieri and has a launch date of 2020.