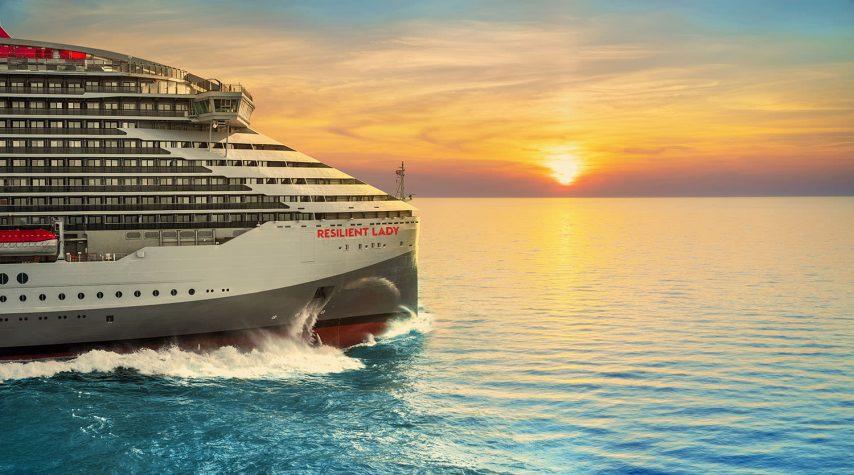 The third ship from Virgin Voyages is scheduled to sail in 2022 and the cruise line has released new itineraries to follow the ship’s inaugural season in Greece. Resilient Lady will head to the Caribbean on an 11-night repositioning cruise following its summer 2022 season in the Mediterranean.

The ship will sail roundtrip from San Juan, Puerto Rico on two distinct itineraries; Southeastern Caribbean Isles and Sunsets in the Lesser Antilles. The first features calls on Tortola, Guadeloupe, Barbados, St. Lucia and Antigua and the second calls on Aruba, Curaçao, Martinique and St. Kitts.

The third ship from the fledgling cruise line is set to debut next year, but unfortunately cruisers haven’t had the chance to sail on board either of the first two yet due to the COVID-19 pandemic. The cruise line’s first ship, Scarlet Lady, was delivered in February of 2020. Valiant Lady, the cruise line’s second ship, is scheduled to debut in November of this year.

Scarlet Lady to Sail from the United Kingdom

In April, Virgin Voyages announced they would position Scarlet Lady from Portsmouth for cruises along England’s Southern Coast beginning in August.

“After more than a year of waiting and a major emphasis on a safe return, we’re ecstatic to announce these new sailings and bring Sailors onboard to experience what it’s like to set sail the Virgin Way,” said CEO and President of Virgin Voyages Tom McAlpin when the news was released. “We look at our UK summer voyages as a homecoming to pay homage to our British roots, and what an excellent way to kick-off our sailing season before heading back to PortMiami.”

Announced on International Women’s Day, Resilient Lady‘s name was chosen to celebrate women and their achievements, strength, leadership and resilience. The 110,000-gross-ton, 2,770-passenger ship will have more than 20 places to eat including a number of healthy options all included in the price of the fare. The ship also features a spa, group fitness classes, a cycling studio, a yoga studio and outdoor jogging track.