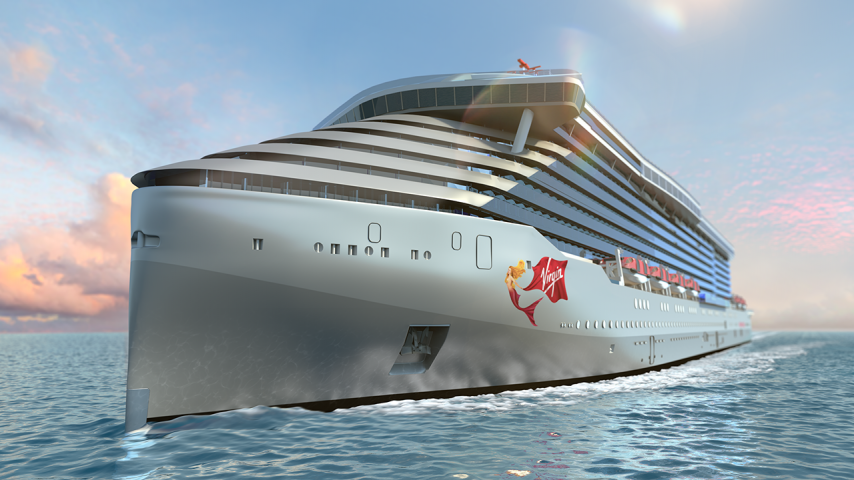 During a live event on the Virgin Voyages Facebook and Instagram pages, the brand-new cruise line laid the keel for its first ship at the Fincantieri shipyard in Genoa, Italy, during a ceremony with Virgin founder, Richard Branson, and Virgin Voyages president and CEO, Tom McAlpin.

After Branson and McAlpin were lowered 200 feet to the ceremony in a basket from a crane overhead, and Branson welded the ceremonial coin into the keel, McAlpin made some major announcements surrounding the first ship.

For starters, the ship will be “Adult By Design,” for ages 18 and over only, so that you can enjoy your time on board and “don’t have to worry about the unpredictability of kids,” explained McAlpin.

“The entire ship will be built with an attention to detail, reflecting the craftsmanship and materiality inspired by super yachts. Designed to feel more intimate and connected to the sea, 86 percent of all cabins will feature a sea terrace and 93 percent an ocean view. Virgin Voyages is creating a sophisticated ship and a transformational experience that offers our sailors a place where rejuvenating day-life meets exciting nightlife and everything in between.”

In addition, the design of what Virgin Voyages is calling “the Lady Ships” gives a nod to its British heritage and traditional bows from ships of long ago by including a mermaid guide that adorns the hull and acts as the ship’s muse. 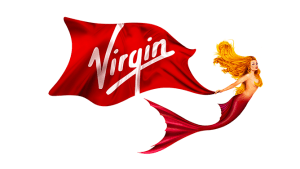 Finally, McAlpin announced that “Virgin Voyages is open for business,” pointing to an early-sailor, fully refundable deposit of $500 that reserves your spot on the list for pre-sale bookings.

To close the ceremony, Branson introduced his friend and special guest, Boy George, who he had signed to Virgin Records in the ’80s, to serve as a DJ while the keel was officially moved into place.

Virgin Voyages promises to continue to “make waves” when it debuts it first ship in Miami in 2020 to offer Caribbean itineraries, with two subsequent ships following in 2021 and 2022. All three midsized ships will carry 2,800 sailors and 1,150 crewmembers. Its last big announcement came in March, when the line cut steel for its first ship and revealed its design team. 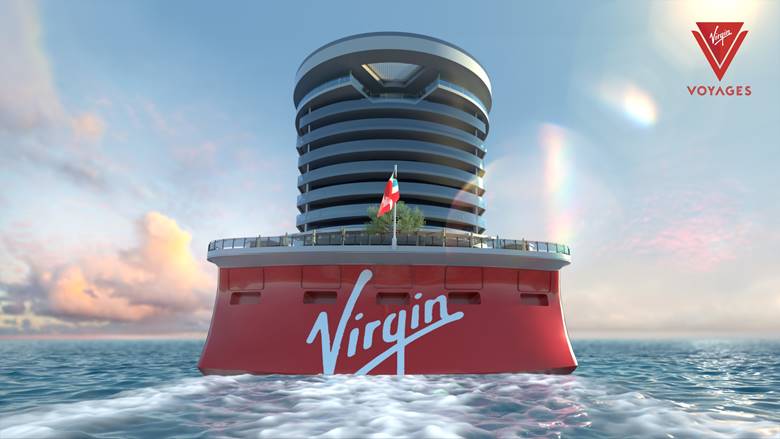