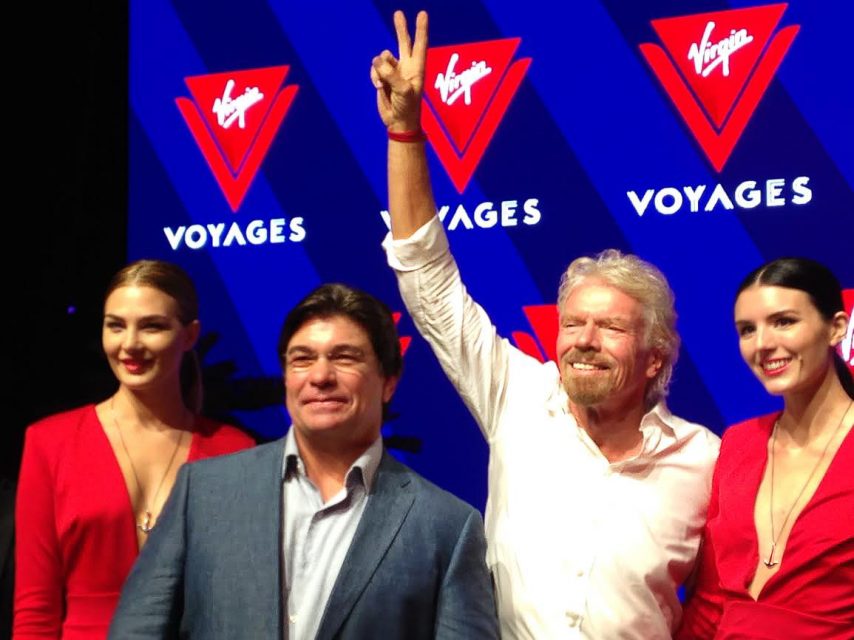 This afternoon, while streaming on Facebook Live, Virgin Voyages’ president and CEO, Tom McAlpin, ordered the first piece of steel cut for the line’s first ship at the Fincantieri shipyard in Genoa, Italy. The 110,000 gross ton, more-than-2,700-passenger ship is set to debut from Miami in 2020, followed by two more ships in 2021 and 2022.

Concurrent with the steel-cutting ceremony, Virgin Voyages also revealed the hand-picked, world-class design teams who will be tasked at creating what Virgin Group founder Richard Branson (who joined the ceremony via teleconference) has promised will “change cruising for good.”

“Today is the moment when our intrepid, romantic, and irresistible vision for Virgin Voyages starts to become tangible,” said McAlpin. “I’ve been inspired by the passion from all those involved. It’s so exciting as we continue to work together to bring true sea change to the cruise industry.”

The firms that comprise cruising’s first creative collective are world-renowned in their respective disciplines and specialties. Each of the 10 companies is responsible for different aspects of the ship’s various public and private spaces:

“The design collective includes some of the world’s most stylish firms who are creators of design trends, not followers,” McAlpin added. “Together they are imagining a vessel unlike anything sailors have experienced before that will be a complete departure from the ordinary. With this group, we have a depth in creativity that brings a different perspective to space design at sea that will change cruising for good.”

As previously announced, Virgin Voyages’ first ship will arrive at PortMiami in 2020 to offer a range of Caribbean itineraries “to ports that deliver unique and very social experiences.”