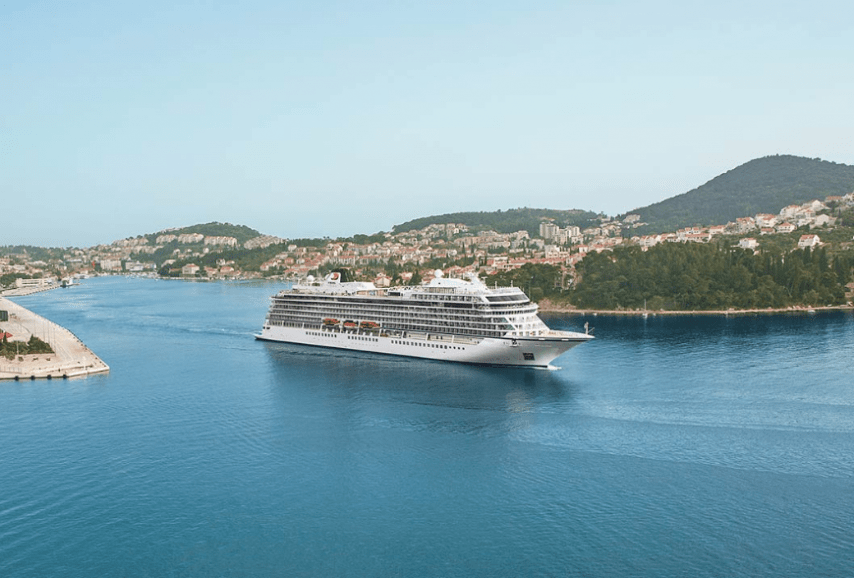 Viking Cruises strives to establish an intimate cruise experience for each and every guest. Their newest ship, Viking Jupiter, personifies that commitment in every way possible. 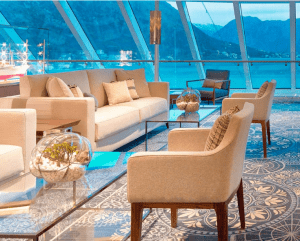 Viking Jupiter recently reached a major building milestone as it was “floated out” for the first time since construction began at Fincantieri’s shipyard in Anacona, Italy. A float out means the ship is finally seaworthy, but there’s still some work to be done perfecting the interior. Following the two-day float out process, the ship will move to an outfitting dock for final construction and interior design completion.

A Moment for Maritime Tradition

In keeping with maritime tradition, Norwegian recording artist Sissel Kyrkjebø served as madrina – or Godmother – to assist with the traditional float out ceremony. She first welded commemorative coins to the ship mast, then cut a cord to allow water to begin flowing into the ship’s building dock.

“It is always a proud moment when a new ship touches water for the first time and is one step closer to welcoming guests onboard,” said Torstein Hagen, Chairman of Viking. “As a Norwegian native, I am also particularly proud to announce today Sissel Kyrkjebø, my mother’s favorite singer and a longtime Viking partner, will be honored as godmother to Viking Jupiter and will preside over the ship’s naming ceremony in Oslo, Norway in June 2019.” 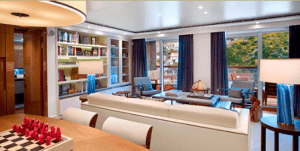 Viking is known for its fleet of smaller ships featuring grand luxury and Viking Jupiter is no exception. At a length of 745 feet, Jupiter holds just 930 guests across nine decks. Guests have a choice of which stateroom style they prefer including the standard Veranda all the way up to the Owner’s Suite; a 1,448-foot stateroom featuring amenities like a spacious living room, fully stocked mini-bar, free wifi, and a large bathroom with glass shower enclosures and heated floors.

Viking expects Jupiter to begin cruising in early 2019. Along with Jupiter, Viking has plans to add 10 additional ships to their already impressive fleet by 2021. Within the next decade, the plan could be to have 16 total ships in operation, a significant feat for Viking Cruises.