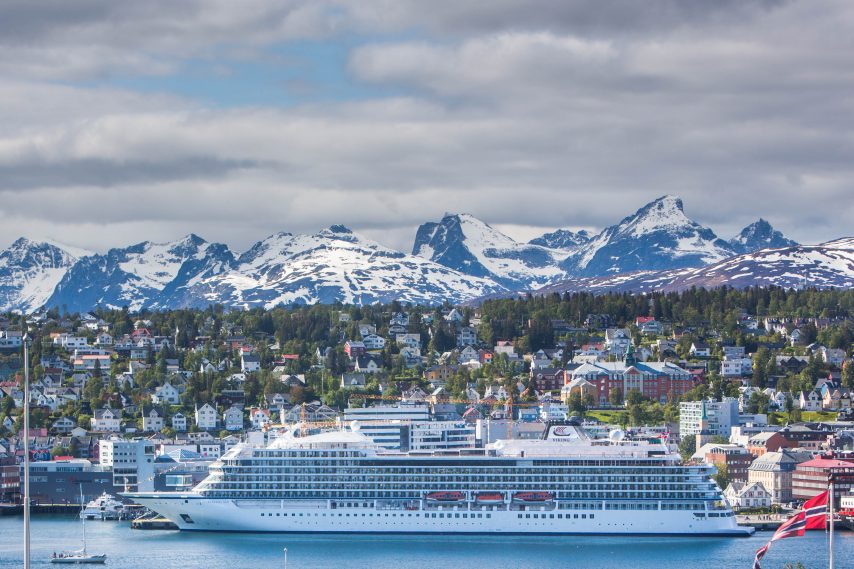 During his time in Norway, Hagen also participated in optional shore excursions available to Viking guests, including visiting the northernmost brewery in Tromsø, eating freshly caught King Crab near Honningsvåg; and

fishing for lunch in Bodø. This is the first time Viking has sailed into these ports in Northern Norway, along with Brønnøysund and Ålesund, all of which are part of the company’s new Into the Midnight Sun itinerary, which cruises between London and Bergen.

During his visit, Hagen and Viking Sea’s captain, Gulleik Svalastog, presented commemorative plaques, guided tours of Viking Sea, and discussed how Viking can help support the tourism industry through its sailings in Norway and its destination-focused approach to cruise itineraries.

“I have known for years that there is nothing better than Norway in the summer, and I am happy to now be able to share the beauty of my native Norway with you, our Viking guests,” said Hagen while addressing repeat Viking travelers at a Viking Explorer Society cocktail party.

Christened in May, Viking Sea is a sister ship to Viking Star, which debuted in 2015. Four more sisters and a host of newly announced itineraries and ports will debut between 2017 and 2020.