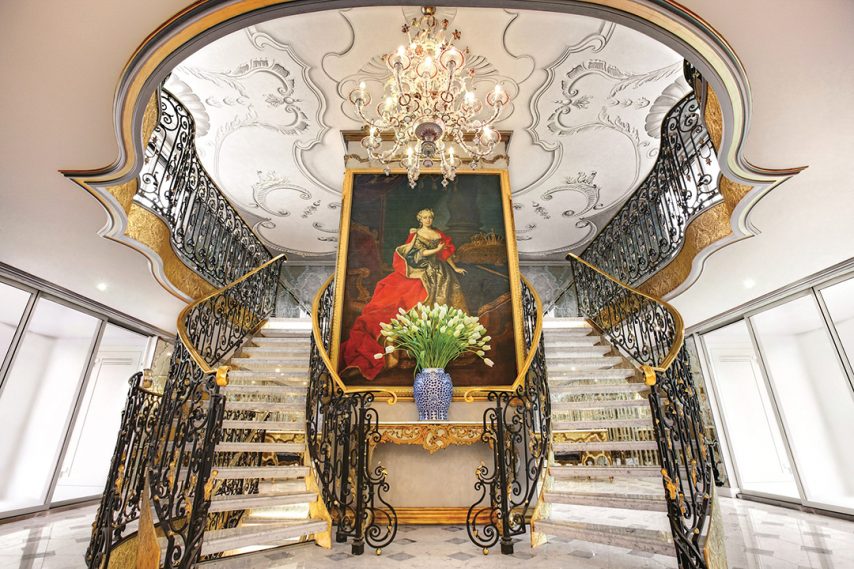 
On a cold and cloudy day this past March, I found myself traveling from Amsterdam’s Schiphol Airport to S.S. Maria Theresa, Uniworld Boutique River Cruise Collection’s newest river ship. Its christening and inaugural voyage were about to take place, complete with the Tollman family (owners of Uniworld) and Princess Anita von Hohenberg —a direct descendent of Maria Theresa — on board.

During a shared transport, five retired school teachers (all of whom had logged many cruises with the line) shared stories about past voyages and the impeccable service and top-notch accommodations that had them coming back for more. One raved about the breadth of culinary options, another, the shore excursions, a third, the camaraderie between passengers; for me, the ship itself held the allure. Would S.S. Maria Theresa live up to the hype surrounding its unveiling?

Completing a trifecta of Super Ships in the Uniworld fleet (sisters S.S. Antoinette and S.S. Catherine were launched in 2011 and 2014, respectively), S.S. Maria Theresa would be the most ambitious ship to date, a floating palace inspired by its namesake, the Archduchess of Austria and Empress of the Holy Roman Empire. The only female ruler in the Hapsburg dynasty, Maria Theresa reigned from 1740 to 1780. It is this glorious, Baroque period that the ship would embody.

The Details Are in the Décor

Though I admittedly know little about the Baroque period and am abysmal when it comes to recalling European history, none of that was needed to appreciate the décor aboard S.S. Maria Theresa. Simply entering the lobby felt like a trip back in time. The three-tiered space is capped by a hand-painted tromp l’oeil–inspired mural that took 17 painters two weeks….