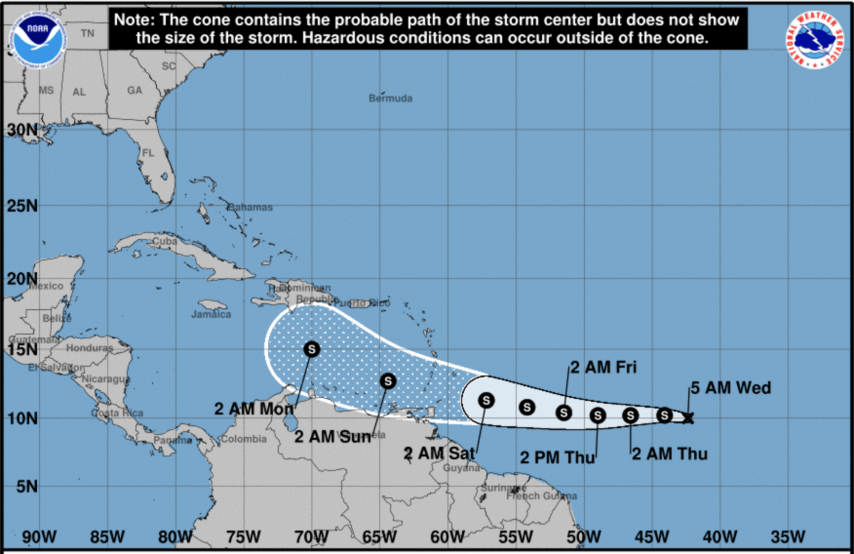 As if we didn’t have enough problems right now, Tropical Storm Gonzalo is knocking at the door. The tropical storm officially formed in the Atlantic Ocean this morning, 1,285 miles east of the Southern Windward Islands, according to the National Hurricane Center.


On its current trajectory based on cone prediction models from the National Oceanic and Atmospheric Administration, the storm could potentially begin impacting islands in the southern Caribbean as well as the northern coast of Venezuela sometime this weekend.

With sustained winds of 45 miles per hour, Gonzalo rates as a tropical storm. Should wind speeds reach 74+ miles per hour, it would become a category 1 hurricane according to the Saffir-Simpson Hurricane Wind Scale.

Could it Become Hurricane Gonzalo?

In May, the team at NOAA’s Climate Prediction Center predicted that 2020’s hurricane season would be above average in terms of activity. The researchers said anywhere from 13 to 19 named storms (winds of more than 39 MPH) would form. Tropical Storm Gonzalo marks the 7th named storm since the season began on June 1. 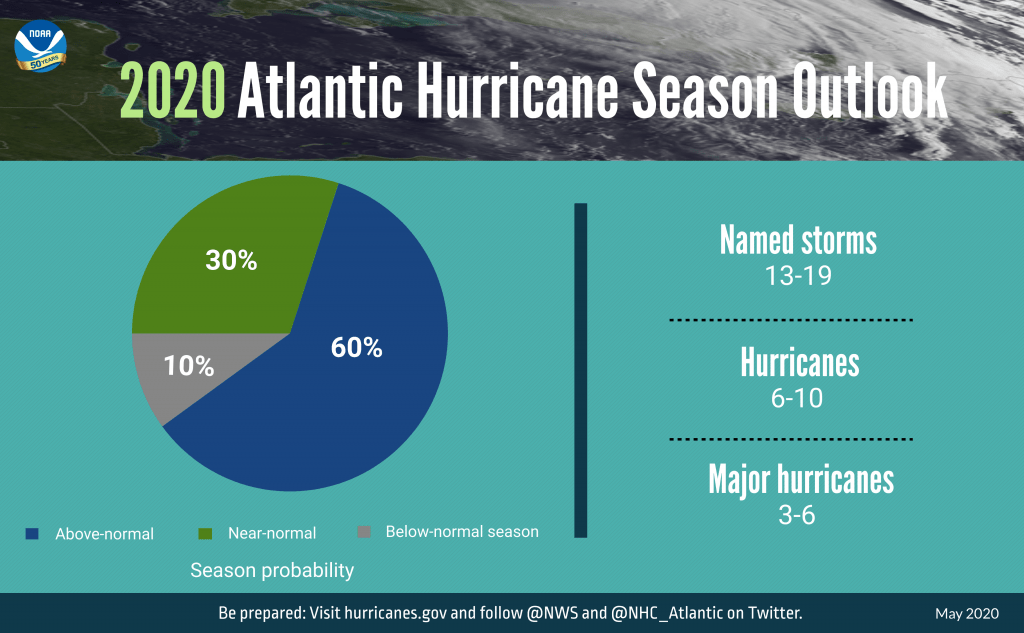 According to Colorado State University Meteorologist Phil Klotzbach, the last time we saw seven named storms this early in the season was 2005, when Hurricane Gert became named storm number seven on July 24, 2005.

Tropical Depression 7 has formed in the central tropical Atlantic and is forecast to become a named storm in next 12 hours. If it gets named, it would be Gonzalo. Current record for earliest 7th named storm formation in the Atlantic is Gert on July 24, 2005. #hurricane pic.twitter.com/xN8goMkpaX

The current path of the storm has it rolling over the Windward Islands, a group in the Southern Caribbean consisting of St. Lucia, St. Vincent and the Grenadines, Grenada, Dominica and Martinique.

So far, island officials have been warned to keep an eye on the storm, but if you’re able to take precautions like stocking up on supplies now, you’ll potentially avoid the rush to prepare when the storm is imminent. That goes for residents anywhere in the Caribbean or coastal states like Florida where hurricanes often make landfall.