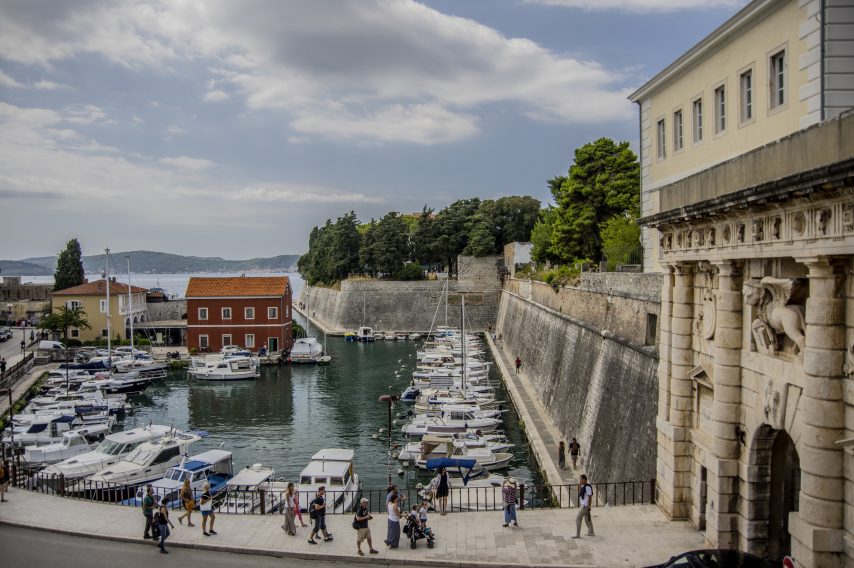 Over the last 20 years, tourism in Croatia has almost quadrupled. The War of Croatian Independence and bombing of nearby Yugoslavia in the late 90’s deterred outsiders from visiting this beautiful Mediterranean country. Things have changed, especially over the last decade, as explorers have gotten to know hotspots like Dubrovnik and Split. 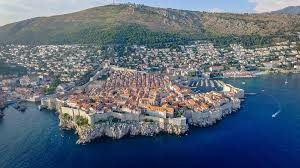 Croatia’s Dalmatian Coast, found just across the Adriatic Sea from Italy, is famous for both beaches and mountains. Many cruise ships stop in Dubrovnik while en route to well known cities like Venice or Athens. But this coast is also home to Zadar, which is known to fewer visitors. Unlike so many ports, you do not have to venture far and one can easily spend the day exploring without an organized tour as there is so much to see, eat, and do in Zadar.

Straight off the boat, you’ll be near the Morske Orgulje (Sea Organ). While it may look like an ordinary set of marble steps along the water, tubes underneath, along with the sea waves and wind, make it into a musical instrument like nothing you’ve ever seen, or heard. People describe it as “eerily beautiful, not unlike a siren’s song.” Near here you can also marvel at the Monument to the Sun, a 22-metre disc on the waterfront which represents the sun. During the day it soaks up the energy from the sun (like a solar panel on a house), and at night it lights up with different patterns and colors. There are even plans to make it interactive.

Zadar has had such a long and tumultuous history, having been invaded and taken over by the Romans, Venetians, Austrians and Italians during different time periods. Luckily many beautiful sites and landmarks have been preserved. Among these are the city walls and gates (specifically the impressive Land Gate and the Sea Gate), the Roman Forum, Five Wells Square (Trg 5 Bunara), and Zadar Cathedral – the Cathedral of St. Anastasia (you can climb the bell tower for a great view of the city).

An Evening in Zadar 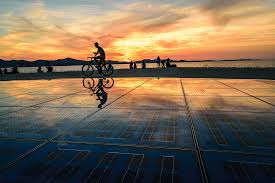 All this walking around might have you a bit parched, but fortunately many of these sights also feature bars and nearby restaurants. Alfred Hitchcock described the sunset in Zadar as “the most beautiful sunset in the world” and you can enjoy it best with a cocktail at Brazil bar (located right next to the Monument to the Sun). You can also have a drink at the Forum, surrounded by history. If you have a meal here, make it seafood and eat it fresh along the coast.

If you still need to escape the city, one of the country’s best beaches, Saharun, is just a short ferry ride away. Outside of July and August, you can enjoy this white-sand paradise with very few others. (Shh, don’t tell anyone). Dying to hike or get out into nature? You have the choice of three national parks: Paklenica, Plitvice Lakes and Krka. Rock-climb, hike or swim in endless waterfalls like Skradinski Buk.

While Dubrovnik may be the “it” place now (thanks Game of Thrones), where on any given summer day you can share the famous ramparts with over 10,000 others, avoid the crowds and explore Zadar instead (or at least in addition to). Sooner or later they’ll find it, but you’ll have gotten there first, and seen it in its most authentic form.