In Hoonah, Alaska, food is about much more than just what’s on the plate. 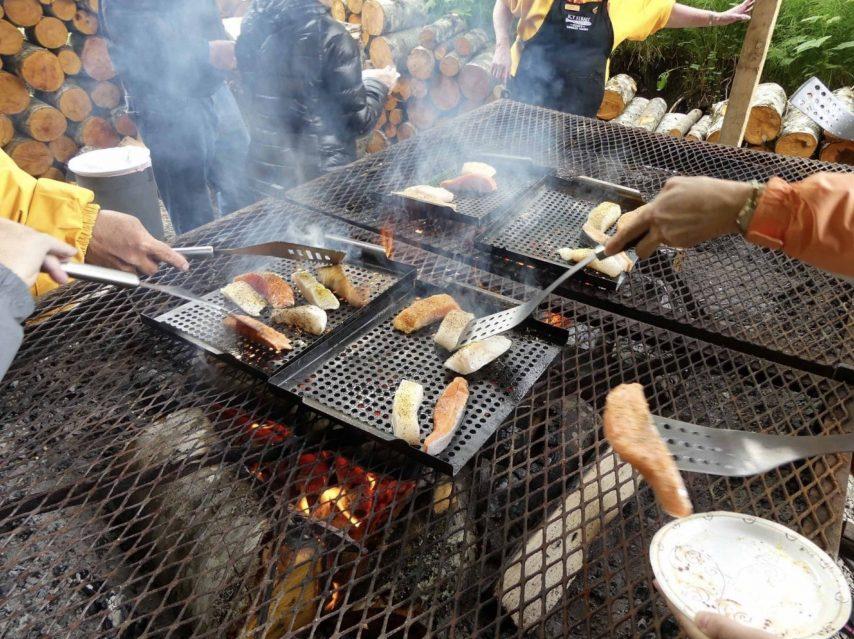 The Last Frontier, otherwise known as Alaska, has always maintained a certain mystique to those in the Lower 48. One of the least populated and visited states in the country, many travelers have misconceptions of Alaska, its economy, its landscape, the food, and, naturally, its people. And nowhere is that more evident than in Hoonah, Alaska, a largely Huna Tlingit community on the northeast side of Chichagof Island, just 35 miles from Juneau, but a world away.

Home to approximately 750 people, predominantly Tlingit, Hoonah residents share a tight-knit community, speaking English along with their native Lingít language. Much of the economy on Hoonah centers around fishing and tourism, with the town normally welcoming 450,000 cruise passengers annually at Icy Strait Point, an Alaska Native-owned and -operated tourist destination.

Located at the former Hoonah Packing Company cannery, which opened in 1912, Icy Strait Point is now owned by the Huna Totem Corporation, a 100 percent Alaska Native–owned body created in 1971 to protect the native land, history, and culture of the Tlingit people. The natural beauty of the area is on display in whale-watching tours; bear searches; ATV and Jeep expeditions; and rides on ZipRider, one of the world’s largest zip line, spanning 5,330 feet over the majestic Alaskan landscape. But the destination also offers a glimpse into the Huna Tlingit culture with a museum, native theatrical productions, costumed interpreters, shops carrying Alaska Native merchandise, restaurants, and native culinary tours.