Total Eclipse: Celebrity Cruises is the perfect backdrop for a music cruise. 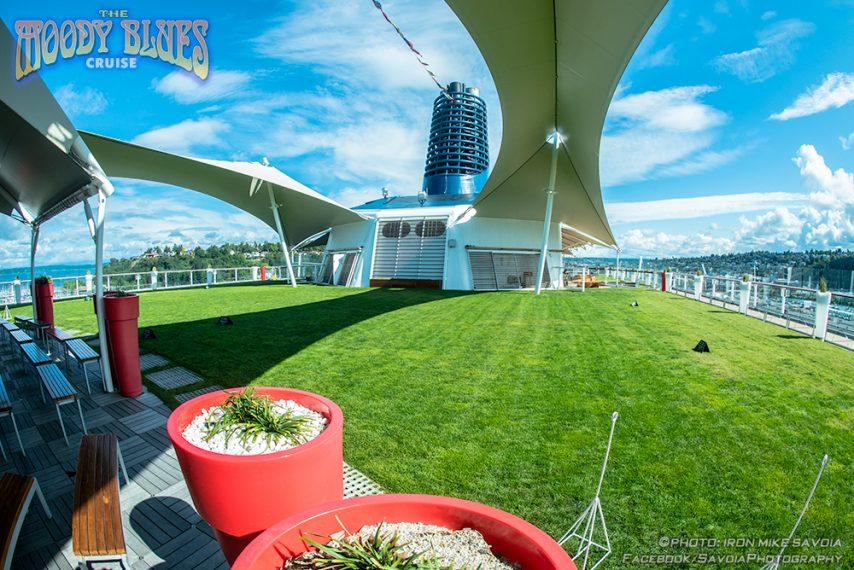 And I’m not talking about that thing last August where, in New York at least, we all piled out of our office buildings with silly glasses on to watch something that turned out to look like nothing more than a cloudy day.

No. The Eclipse I’m talking about is the 2,850-passenger, 122,000 grt Celebrity Eclipse, which hosted the recent Moody Blues Cruise. Now, I’m sure you’re all sick of me talking about the MBC, but I’m still convinced it’s the best music cruise at sea* — with bands like the Moody Blues, The Zombies, The Orchestra, Alan Parsons, Rare Earth, Strawbs, Jefferson Starship … and Al Stewart, the “Year of the Cat” guy? Phenomenal. 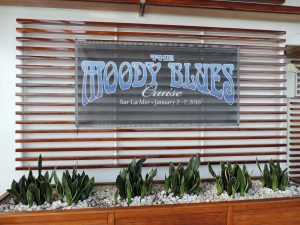 But back to Celebrity Eclipse: It had been a decade since I sailed Celebrity Cruises. I boarded her sister ship, Celebrity Solstice (other sisters include Celebrity Equinox, Celebrity Silhouette, and Celebrity Reflection), in November 2008 — 24 hours after learning I would be laid off from a job I’d held for 28½ years. To say I was a tad distracted on that sailing is the mother of all understatements. I walked around like a robot … an unemployed robot.

Ten years later, employed and with my wits about me, I boarded Celebrity Eclipse and found a pristine cruise ship filled with whimsical art and a ton of quirky distinctions including that lawn on Deck 14 — we’re talking live, natural grass — and a soaring honest-to-goodness tree in the atrium. And then there’s the Martini Bar with its ice-covered top that’s just perfect for “graffiti” (i.e. carving out the name of our favorite bands on its snowy surface). 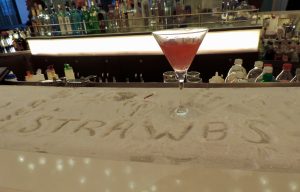 The Library is a soaring two-deck masterpiece, and our stateroom was a spacious delight. Service was superb, from our steward to the bartender who didn’t give me a dirty look when I squealed “Please! Not triple sec — Cointreau!” as he mixed up my Cosmo.

While dashing from one gig to another, I couldn’t help but notice the myriad specialty restaurants: Tuscan Grille, Qsine, Murano, Blu, and Sushi on Five. And that doesn’t include the gorgeous main restaurant and all the little nooks such as the burger grill and the healthy AquaSpa Café. 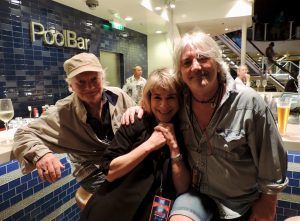 Writer Judi Cuervo with Jim and Steve Rodford of The Zombies

“Nice ship,” I thought. “I’d really like to eat here someday.” See, that’s the problem with The Moody Blues Cruise. You’ll often find you have 15 minutes between the closing notes of the Moody Blues’ concert and the opening notes of Richie Furay’s show eight decks away, which is just enough time to scoop up a piece of oh-so-portable pizza from the buffet. You may fantasize about Murano’s tableside lobster presentation and lingering over artisanal cheeses, but catching Randy Hanson at the pool stage as he brings Jimi Hendrix’ music to life will always win out.

*Editor’s Note: I beg to differ.