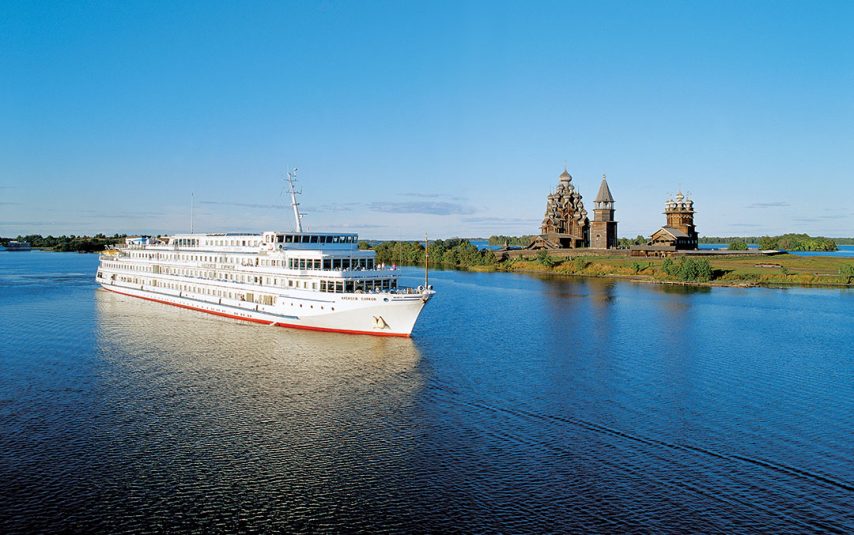 Is there anywhere this cruise line doesn’t sail? When Viking River Cruises, an industry leader in river cruising with more than 60 river ships currently sailing, launched Viking Ocean Cruises in 2013 to launch a series of 930-passenger ocean ships, it opened its gangway even further to explore more.

From among all the world’s waterways, here are just three examples of how you can experience cruising the Viking way.

Peggy and I lean against the edge of Viking Star’s infinity pool and gaze out at the sun-drenched landscape of St. Kitts. This has become a late afternoon ritual for us during this 11-day West Indies Explorer sailing, one of the first of the ship’s inaugural Caribbean season.

Cruise-wise, Peggy and I are worlds apart: I, a ship nut with 40 years of sailings under my belt and Peggy, a first-time sailor. Yet, here in the Caribbean, we have both found ocean-going Nirvana aboard Viking Star since boarding in San Juan for an itinerary that includes Tortola, Antigua, St. Lucia, Barbados, Guadeloupe, and now St. Kitts before winding down with St. Maarten and St. Thomas.

Aboard the all-veranda, 930-(adult)-passenger Viking Star, incidentals are few with Wi-Fi, specialty restaurants, non-alcoholic beverages, and wine and beer at lunch and dinner included (a Silver Spirits beverage package should be considered by those who tipple outside of mealtimes). Even the ship’s LiVNordic Spa thermal suite with its bubbling Jacuzzis, pools, steam room, sauna, and icy Snow Grotto requires no fee. On all itineraries, one complimentary shore excursion is offered at each port and a selection of reasonably….

Viking River Cruises is blazing a path toward an impelling Russia cruise experience, with bright spotlights targeted on iconic Moscow and fascinating St. Petersburg, coupled with a weeklong main event cruise on the Volga River. This is Viking’s signature Waterways of the Tsars cruise.

Considering that hotel costs in Moscow rank as some of the most expensive in the world, three days of pampered life aboard the vessel prior (or post) to sailing underscores an exceptional value.

Our mission was to challenge some perceptions of Russia. Would we witness people downing vodka for breakfast, beets and borscht as fast food, and foggy views of life through grey-tinted lenses? Nyet, nyet! Nothing could be further from those stereotypes, although admittedly there was no shortage of Russian dolls and fur-lined hats for sale each step of the way. Despite inherited barriers, Moscow has become a world-class city energized by a new generation.

Before setting sail three days later, Viking serves up a robust itinerary of complimentary excursions showcasing the premier attractions of kinetic Moscow. Russia is home to 25 Unesco World Heritage Sites and possibly none more famous than Red Square. The imposing buildings of the Kremlin command one entire side of the square, recalling images of those chilling May Day military parades of the ’60s.
In stark contrast, the opposite….

A Port to Remember

One of three Douro ships, Viking Osfrid boasts modern décor and first-class amenities such as free Wi-Fi and complimentary shore excursions. Accommodations — from spacious Veranda Staterooms and French Balcony Staterooms to two-room Veranda Suites with private verandas and separate living rooms — are outfitted with stylish furniture and sliding glass windows that open to the balcony and let in a lot of light and fresh breezes. The design allows for a true sense of being one with the river.

The ship’s top deck is great for relaxing and reading, and also where you’ll find a putting green, an organic herb garden, and even a swimming pool. Other areas of the ship for social gatherings include a lounge and bar with floor-to-ceiling glass doors that lead to the open air Aquavit Terrace; an open-seating restaurant with floor-to-ceiling windows as well as an al fresco area; a library area; and an onboard boutique.

When it comes time to explore on shore, Viking does an incredible job with tours. Buses are immaculate and tour guides are engaging and passionate about the destination. Our River of Gold itinerary featured several overnights in various ports, which allowed us more time to immerse in the fascinating culture on shore.

Beginning our pre-cruise journey in Lisbon, we had ample time to discover the city’s centuries-old architecture and charm. Explore the landmark Alfama Monastery, Jerónimos Monastery Arches, or the Belém Tower, or simply stroll the street and admire the well-known…

Way Out West in Australia

Along with getting bigger and more luxurious, many new cruise ships are experimenting with virtual reality to enhance the passenger experience. Innovations like Royal Caribbean’s Sky Pad…