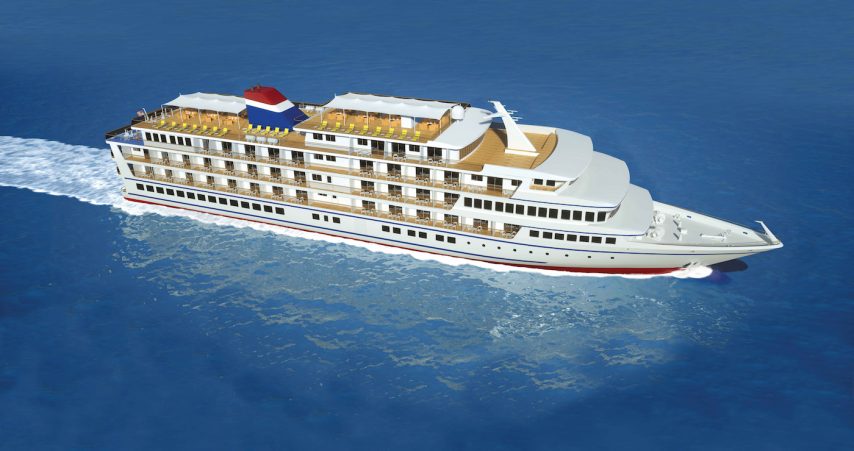 American Cruise Lines has announced that three new cruise ships for its fleet are now under construction at Chesapeake Shipbuilding in Salisbury, Maryland. The line says it has always chosen to build new ships and considers refurbished boats unable to meet its guests’ expectations for comfort, spacious staterooms, and modern amenities.

“American Cruise Lines ships are the newest and most environmentally friendly in America,” says Timothy Beebe, vice president of American Cruise Lines. “By continually designing and building brand-new ships, we are able to exceed the expectations of seasoned European river travelers right here in the U.S.” 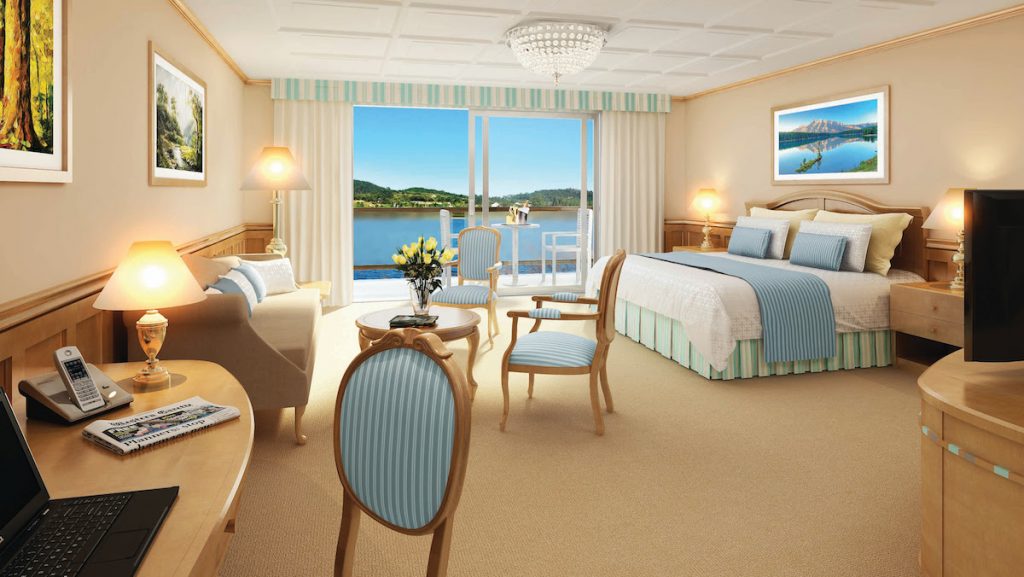 The first to be delivered, the 170-passenger American Constellation, is scheduled to begin cruising in May 2017. The ship is now being outfitted with details including marbled tile bathrooms and large sliding glass doors in each statero 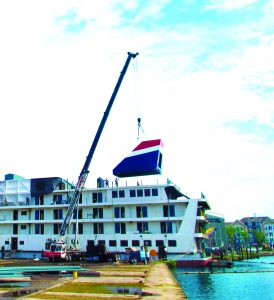 om. Recently the signature red, white, and blue stack was lifted into place on the top deck. Uniquely designed to navigate the coastal waters of the United States, this new ship features active wing stabilizers, the latest green propulsion technology, and many modern amenities. It will also feature the largest staterooms in the industry with private balconies and floor-to-ceiling sliding glass doors. Much of American Constellations’ inaugural summer season will be spent on a new 10-night round-trip itinerary from Boston to popular destinations including Bar Harbor, Newport, Martha’s Vineyard, and Nantucket.

The sister ship to American Constellation is also under way and is scheduled to be completed in 2018. In addition, steel is now being fabricated for a third ship, which will be the lead in a series of new riverboats destined for the American rivers. This new, modern riverboat will carry approximately 195 passengers, and the line will relay details and renderings of this new riverboat in the near future.