The Strange Escapes Voodoo Ghost Cruise is a spirited experience. 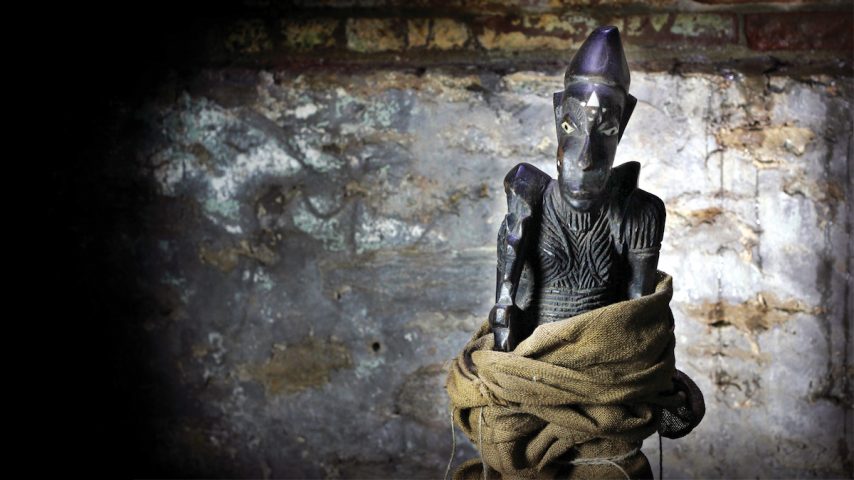 You expect spirits on a cruise — but in a glass, with a little paper umbrella, right? You don’t expect the kind of spirits you talk to and that, if you’re lucky, answer you back. That is, unless you’re on a Strange Escapes cruise, where paranormal investigators guide you through otherworldly, and sometimes haunted, experiences. (Make no mistake: You do also have drinks with paper umbrellas. Can you even cruise the Caribbean without them?)

The Best Cruise for Halloween

Strange Escapes is a travel company run by Amy Bruni, who started searching for spirits on SyFy’s Ghost Hunters and now stars on The Travel Channel’s Kindred Spirits. Bruni gathers groups of like-minded “weirdos” (their term, not mine) and brings them to haunted locations to swap notes, show off their newest ghost-hunting gear, and learn from the country’s leading experts in the supernatural. Under her guidance, I have found myself at midnight, standing in a freezing cemetery in New Hampshire’s White Mountains, talking to a haunted idol. Not to mention staying by myself in B314, the most bone-chillingly haunted room on The Queen Mary, which is now a permanently docked floating hotel in Los Angeles. I reiterate: I was completely alone. And there were ghosts. A lot of them.

Once a year, the weirdos convene for Strange Escapes at Sea, which embarks from a different port every cruise. Past trips have gone to Mexico to explore and investigate Mayan ruins, and to Bermuda, with an investigation of the Bermuda Triangle. (If they found Amelia Earhart, well, no one is telling.) This was a Voodoo Ghost Cruise, which left from New Orleans on Carnival Dream with about 100 Escapees and a team of paranormal professionals. On the at-sea days, the experts gave lectures to the group. Greg and Dana Newkirk, who curate the Traveling Museum of the Paranormal and Occult, set up their array of haunted objects, like that aforementioned haunted idol. His name is Billy — Billy Idol, get it? — and if you catch him in a good mood, he’ll crack a joke or two. (Once, I heard Greg Newkirk ask Billy how many people were with us at the moment. Billy’s answer: “Alive or dead?”)

Before you ask, no, Billy isn’t animatronic. He’s a carved wooden statue they traced back to the late 1700s in Central Congo, which was found in a burlap sack under a house in Dayton, Ohio. The way you talk to Billy is through EVP sessions. Using a handheld recorder, you ask him questions, and if he answers, the recorder captures the electronic voice phenomena. This is the easiest way to talk to ghosts, by catching their EVP responses on recordings, which can perceive things our ears can’t.

Skeptical? I was too … until I witnessed that “alive or dead” EVP happen in real time.

I wouldn’t call myself a believer, but I would describe myself as a para-curious observer who’s open to possibilities. I don’t own — and, unless my life takes a real left turn somewhere down the road, will never own — an SLS camera, which is a structured light sensor that locates energies (aka spirits) we can’t see. Nor do I own a spirit box, which is another way of hearing EVPs, but through headphones in real time.

This cruise was definitely not the place for unbelievers. Bruni and Adam Berry, her co-star on Kindred Spirits, gave a talk on “investigating with empathy.” Unlike other ghost hunters who try to provoke dramatic….