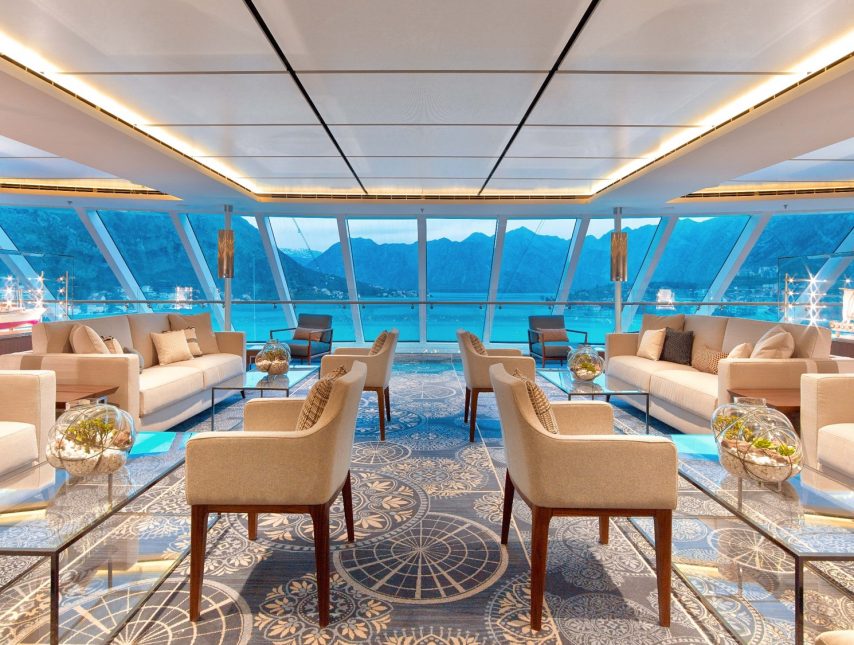 This week Porthole is aboard Viking Star, a ship that’s very clearly and very cleverly destined to create a new niche in the ocean cruise market.

Much about the 930-passenger ship is new or different — and that’s a good thing. In fact, Viking Star’s debut marks the first new cruise brand in nearly a decade; two sister ships are on their way.

The idea of Viking Ocean chairman, Torstein Hagen, was to take the highly successful Viking River Cruises concept — which involves small river ships with a social atmosphere, adult audience, a focus on destinations, and a no-nickel-and-diming approach — and translate that to an ocean experience.

To say Hagen has succeeded is an understatement. Viking Star delivers the perfect amount of flash combined with a whole lot of depth. It’s a new approach to cruising.

The lighter woods and neutral fabrics of the Scandinavian-influenced décor are all subtly elegant; the furniture, drapery, and original artwork fill light, airy spaces with lots of carefully curated nooks and crannies. Nordic references are everywhere — from the embroidery on the chairs to the story-telling metalwork in the Wintergarden solarium, to the amazing Snow Grotto in the Scandinavian wellness spa.

There is a wonderful democracy at play on board. Your spacious and well-designed cabin has a veranda, large shower, and heated bathroom floor no matter the price level (only 14 Explorer Suites have bathtubs). You have complimentary access to specialty restaurants including the already popular Manfredi’s, named for the chairman of Silversea Cruises (a friend of Hagen’s).

Other spectacular spaces abound. For instance, the Explorer’s Lounge is noteworthy not just because of its two-deck forward-facing wall of glass and comfy ocean-view seating, but also for its Norwegian deli where you can sample delicious waffles inspired by Hagen’s mother’s recipe. A winding staircase leads you to a back wall packed with books and curios with a science, astronomy, and exploration focus.

This is a ship where you’ll feel comfortable curling up with one of the provided throw blankets and a good book, picking up one of the numerous decorative knickknacks for closer examination, or easily finding partners for a card game. It’s like being at your family’s summer cottage, only better.

Viking Star will be christened Sunday in Bergen, Norway.