Hidden away at the top of the world, Greenland is nature in her purest form. 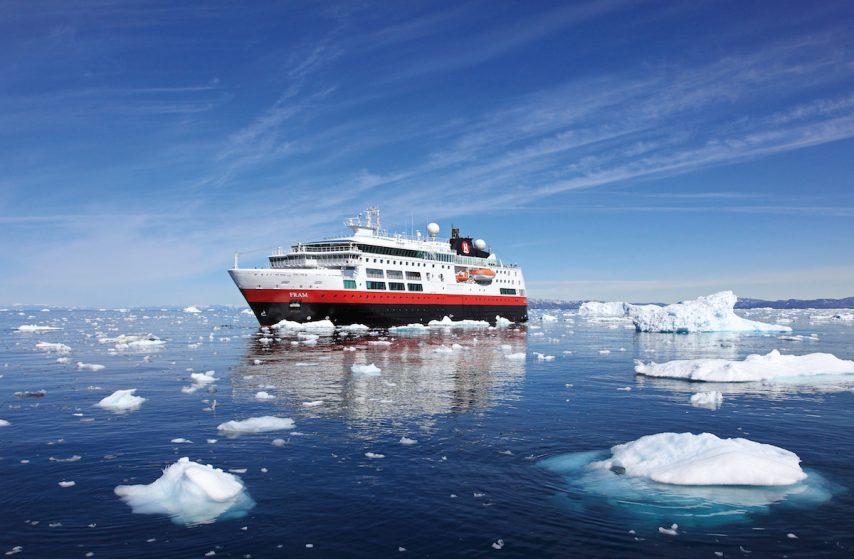 The chartered plane had left Copenhagen in the twilight of a Baltic summer night, but four hours and four time zones later, the brilliance of Greenland’s endless daylight blazed through the plane’s window. The terrain was a blinding white. Ice and snow blanketed the surface as far as the eye could see. Then, an arid and eerie moonscape emerged as the plane landed at the outpost airport of Kangerlussuaq, sandwiched between barren bouldered mountains.

My previous experience on Hurtigruten’s MS Midnatsol in Antarctica was compelling motivation to seek out encore thrills. The promise of exploring the remote west coast of Greenland made its way to the top of my summer’s travel roster. Buoyed by Norway’s historic seafaring legacy, Hurtigruten cut its teeth on bold cruise expeditions. This 17-day itinerary along Greenland’s west coast only serves to extend their adventurous reputation.

Greenland, formerly a colony of Denmark and now an independently governed entity, is an environmentally sensitive destination that is testing the waters of sustainable tourism. Emerging from a fragile isolation, this destination provides a rare opportunity to visit a place that has not sold its soul to the whims of the tourist trade. The experience of visiting this, the world’s largest island, is an experience far removed from urban sprawl, white-sand beaches, and cathedrals. Cruising Greenland, rather, is an eye-opening journey, an expedition that reduces the visitor to a state of childlike wonder that serves as a refresher course in apprehending the grand scale of nature at her most authentic.

Call of the Arctic on MS Fram

Our expedition on the 250-passenger MS Fram features up-close engagement with staggering landscapes, a more-than-suitable substitute for onboard opulence. The Fram never claims to be an extravagant megaship, but the modern Scandinavian design and welcoming decor is striking, and the ship boasts spacious public areas and impressive facilities. While stateroom categories appeal to all budgets, the sumptuous Arctic Superior cabins and Expedition Suites exceed expectations and can hold their own with premium-brand vessels.

Our initiation into the experiential cruising commences on our first afternoon as we intrepid adventurers are whisked off by boat to the abandoned whaling station of Assaqutaq. Deep-red buildings set against massive grey boulders, a picturesque seascape background … it all seems imbued with a Kodachrome intensity. Subsequent visits to Sisimiut and similar villages reveal a dichotomy: the subtlety of life embraced by the grandeur of the surroundings. These small, remote settlements reflect the Hurtigruten spirit, unassuming but brimming with character and local color.

Our adventures ashore (and a menu of intriguing….