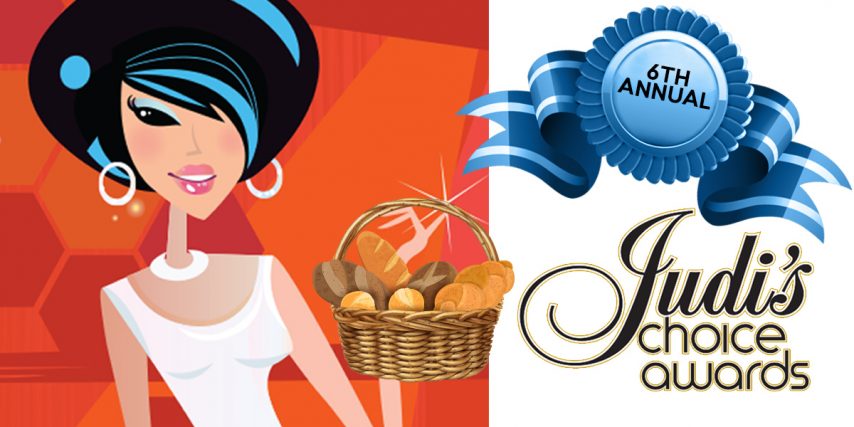 It’s time for the 2019 Judi’s Choice Awards! Unlike all those hum-drum “best-ofs” that tackle the obvious aspects of a cruise like dining, entertainment, and itineraries (anyone could do that), the Judi’s Choice Awards delve just a tad deeper to recognize the realities of what was best, baffling, or bothersome at sea this past year:

Best Bread Basket: The award goes to the bread basket at Oceania’s Toscana Restaurant which is filled with an assortment of ciabatta, garlic bread, crispy wafers, breadsticks, and a whole head of pungent roasted garlic. Now, they just need to do something about the long-winded guy who does the olive oil and balsamic presentation so I can dive into the basket before I pass out from hunger.

Best Ups and Downs: This one’s a tie between Carnival, whose coaster on the top deck of Mardi Gras will be the first of its kind at sea, and Norwegian Encore for its virtual reality version which lets guests design their own ride with drops, loops, and other harrowing elements that let you enjoy a terrifying experience … without even moving!

The Anything-You-Can-Do Award: You know how the cruise industry is. Now that Scenic Eclipse has debuted its helicopter launch pad, how long will it take for Royal Caribbean to announce its new ship will include an Airbus A340 on its top deck or for Virgin to affix a space shuttle to Scarlet Lady? (Winner will be announced at a later date.)

Most Romantic Taxi Driver: En route to Pinney’s Beach in Nevis, Sam was just an ordinary taxi driver picking up fares at the dock. On the return trip, he pretty much decided he and I should get married. I shunned his advances but now I’m sort of regretting it. I could be living in sun-drenched Nevis. 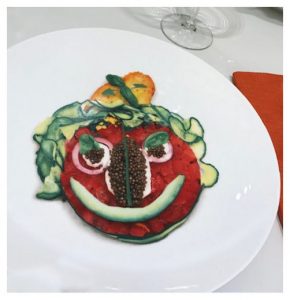 Chef Rudi Sodamin wins this one for his limited-edition line of dinner plates that sport images of the colorful and inventive faces he designs using the same ingredients he uses in his food: Think purple cabbage hair, cucumber eyes, and red pepper mouths. You can admire the plates at Rudi’s Sel de Mer restaurants aboard Holland America Line’s Koningsdam and Nieuw Statendam. And, oh yeah, you can eat there as well.

All Teched Out Award!: When I first sailed MSC aboard MSC Melody in the 1990s, it was a decidedly low-key experience … but look at MSC now: Not just 17 dazzling ships and a brand spankin’ new private island, but the introduction of Zoe, the world’s first virtual onboard personal assistant — a voice-enabled artificial intelligence tool that can speak seven languages, answer hundreds of questions about the cruise and provide information about onboard services, guidance and suggestions or help to book a service. Sounds like sharing a cabin with a know-it-all, if you ask me.

Most Outlandish Newbuild: This year, Saga Cruises introduced Spirit of Discovery, a sensibly-sized 58,000-gross-ton ship with a manageable 999 guests, and 517 crew. And — get this — it even LOOKS like a ship! How nuts is that?? No labyrinth of waterslides, deck top theme parks, kooky condo-like afts, or aircraft of any kind attached to its structure. Those English just kill me with their wacky ideas! (Pssst — Saga? Any space on an upcoming Spirit of Discovery sailing?)

The Biggest Cheaters Award: To those Canadians who won the Music Trivia contest aboard Viking Helgrim’s Douro sailing this past July, we saw you looking at our answer sheet on your way up to the dance floor. Nobody knows ‘60s music better than I do and the guy leading the other team was in a band, for Pete’s sake. No way you guessed the name of the group who sang “Black is Black” and the country they’re from without peeking at my team’s answer sheet. No way in hell. 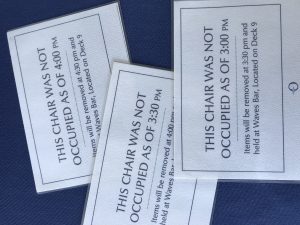 The You-Tell-‘Em Award: Not just a written warning, prominently displayed, but Oceania times how long items have been left on deck chairs and removes them if unattended for more than 30 minutes. And they’ve invested in printed materials to drive the message home. Bravo!

The Never-Heard-of-It Award: SeaDream Yacht Club will be the first to call at Canouan, a teeny, 3.5-mile island in the Grenadines purported to be where billionaires go to avoid all those pesky millionaires. No wonder I never heard of the place.

Wishing you smooth sailing in the year ahead!