We’re honoring the best of the rest for this year in cruising. 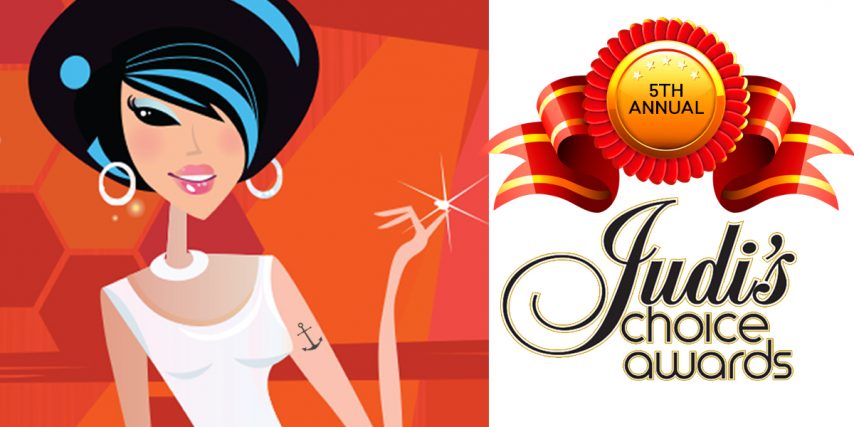 It’s time for the Judi’s Choice Awards and this year my head is spinning! 2018 has seen explosive developments in the cruise industry, big and small, far and near – so here are this year’s coolest and quirkiest cruise breakthroughs:

Best Cruise for Those Without an In-Home Printer: SeaDream Yacht Club. Instead of having to knock on a neighbor’s door or go into work on a Saturday to print your documents, the documents come to you … in a handsome gift box with all sorts of goodies.

Greatest Tipsy Temptation: Anchors askew? Just when I thought Botox injections on a moving ship were the scariest thing a cruise line could dream up, Virgin Voyages announces Squid Ink, the first tattoo parlor at sea. Add a bit of alcohol to the mix and you know I’ll be disembarking with the image of an anchor on my bicep. Just hope I don’t choose a rough sea day for the procedure.

Most WTF?? Dining Moment: This one is a tie between Carnival Horizon’s Fahrenheit 555 Steakhouse, which allows guest to select which salt they’d like the chef to use in their dishes, and Oceania Marina’s Red Ginger, which kicks off your meal with a choice of chopsticks.

Most Sobering Excursion: On Mississippi River sailings, guests aboard American Queen Steamship Company’s American Queen can visit the notorious maximum-security Angola Prison, formerly the most notorious penitentiary in the U.S. Seriously, it’s the only way I’d want to experience a prison.

Wheeeeeeeee Award: In 1976, at 19 years of age, I sailed my first ship: Carnival’s Mardi Gras. Who would have guessed that 42 years later, another Carnival Mardi Gras would enter the picture…this one with an onboard roller coaster??? Aboard Mardi Gras in 1976, the greatest thrill I had was when an Italian officer pinched my butt.

Best Cabin Feature for the Indecisive: Balcony? No balcony? Now you can have both with Celebrity Edge’s Infinite Veranda, which, at the push of a button, erases the boundaries between inside and outside living space. What they don’t warn you about, however, is all the arguments that will follow when one guest wants the AC crankin’ and the other wants to hear the sound of ocean waves.

The “When-the-Heck-Did-That-Happen?” Award: This goes to all the cruise lines that no longer change their ships’ onboard clocks to match the local time of the port they’re visiting. It’s just a matter of time before I return from my Cozumel beach break to discover I’ve missed the boat. Literally.

The Most Curiously Named Theme Cruise: Board Celebrity Equinox on November 2, 2019, for the Western Caribbean Gay Bears Cruise 2019. Not only do I find the name quite odd but I’m surprised it’s a Caribbean and not an Alaska sailing.

The Most Generous Shipboard Passengers: This goes to my shipmates aboard SeaCloud II who repeatedly offered me their underwear! As a very novice cyclist participating in the rather ambitious (20 miles or more per day) Terre Nova Cycling Excursion during my SCII sailing, I packed a cycling helmet but learned the hard way that real cyclists wear special, gel-padded knickers. While I will be forever grateful for my shipmates’ offers, sorry, am not borrowing anyone’s underwear.

The Déjà Vu Award: Each of Viking Cruises’ 930-passenger ocean ships are identical, making them the perfect choice for those of us who hate surprises. Enjoy Viking’s superb service and extraordinary dining on one ship, and you’ll know the lay of the land (or the sea, rather) on any of their other ships. (It’s also great for those who have no sense of direction … just wish I could get the same exact cabin on each Viking sailing.)