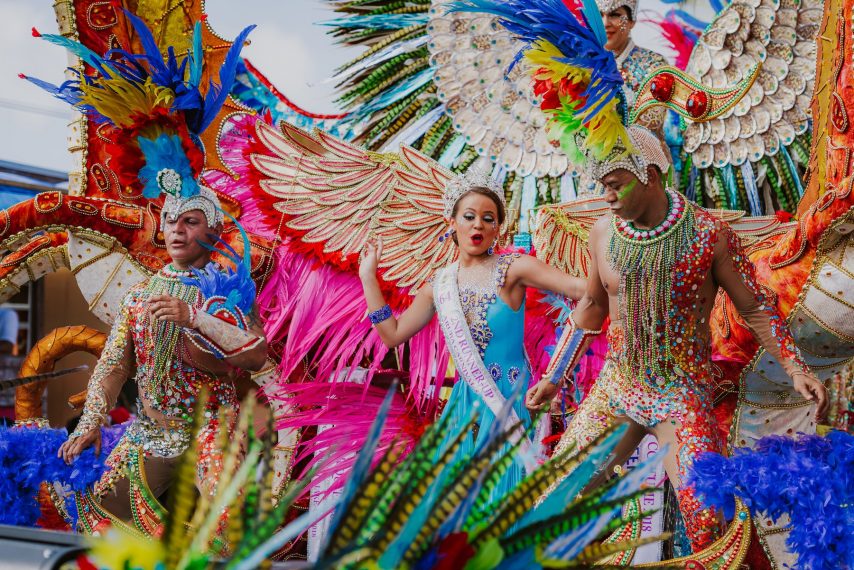 There’s never a wrong time to visit a tropical island, but when you’re planning your next vacation to Aruba, there’s definitely a right time to go! The island, located in the southern Caribbean just 20 miles off the coast of South America, is home to an annual celebration which brings out the best in the people who call this happy island home. What began among the island’s social clubs nearly 100 years ago has morphed into Carnival, the island’s biggest celebration.

Carnival is a celebration of life, color, music and more. For two whole months, the people of Aruba put on a show that rivals any you’ll find on Broadway and if you’ve never experienced a vacation on this incredible island, booking your trip during Carnival is a must! There’s so much to do and experience during this festival that it’s easily one of the best times to visit Aruba! 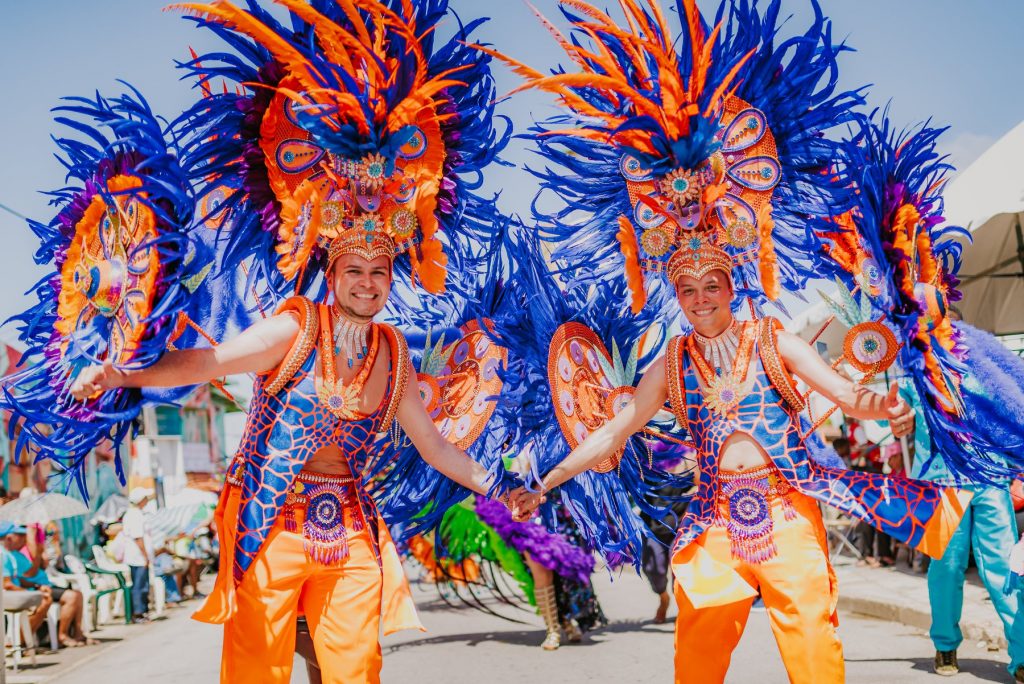 What is Carnival on Aruba?

The history of Carnival is intricately linked with the multicultural history of the island. Each January and February, the people of Aruba take to the streets in colorful costumes and with the sound of music all around. Parades turn the streets into dance floors and the atmosphere is so vibrant most first time visitors are left speechless as they try to take it all in.

The celebrations began in the early 1920s as the various social clubs on the island began having events like costume parties and balls. The island, an important center for trade, drew people from all over Europe, America and the Caribbean and with them came their cultures, customs and celebrations.

The end of World War II ushered in a new era of Carnival as the parties grew more lavish and the celebrations stretched for weeks at a time. It wasn’t until the 50s and the 60s that the parties became coordinated among all the island’s social clubs and traditions like the election of a Carnival King and Queen began. 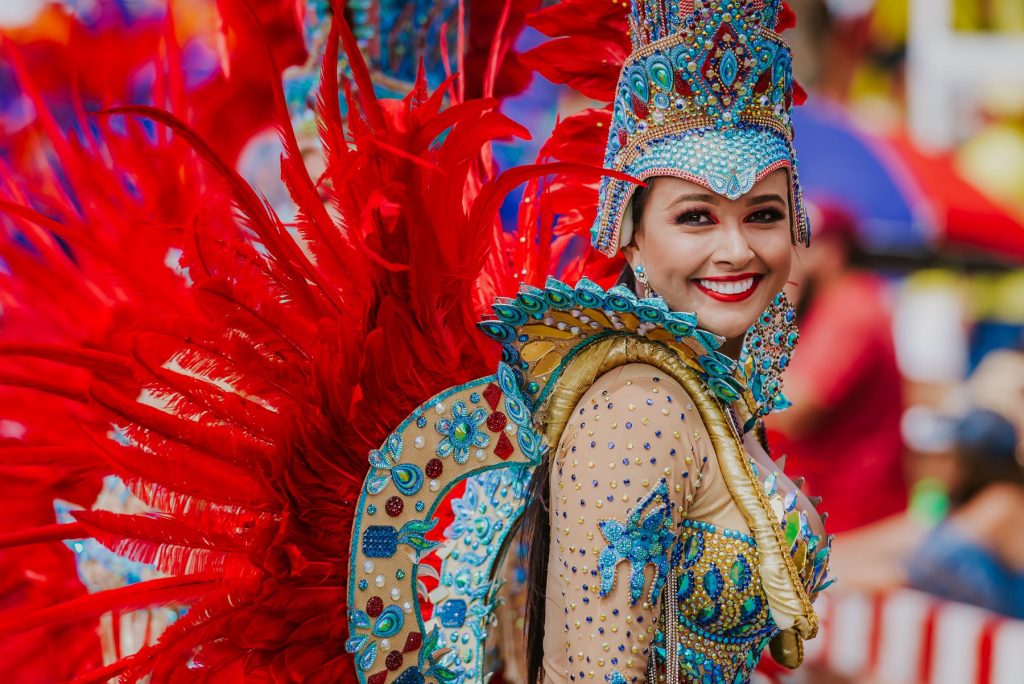 Today, the official start of Carnival is in November, but for those looking to experience the full celebration, January and February are when Carnival is in full swing. One of the most important parts of the festival is King Momo, a giant wooden statue introduced at the start of the celebration, culminating in the burning of statue as the festivities come to a close on the final evening. King Momo represents all the fun of Carnival like dancing, drinking, eating and telling amusing jokes and stories. Carnival on Aruba falls in line with traditional Lent calendars, so when King Momo burns, it signifies an end to the fun and a focus on life in the new year. 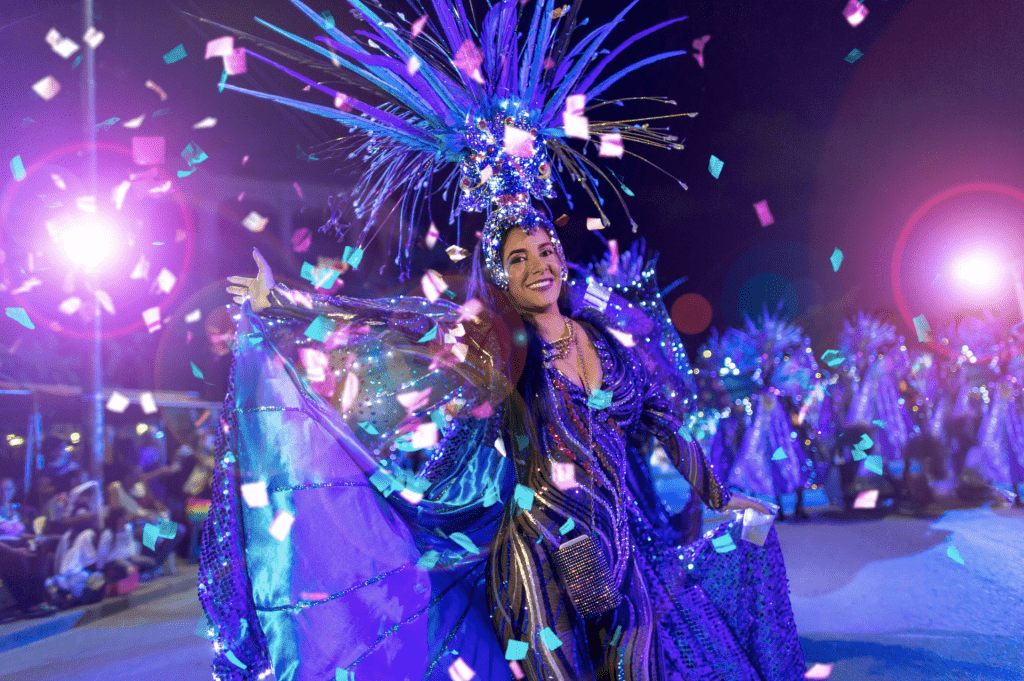 Those visiting the island during Carnival should start in Oranjestad where the biggest and most colorful parades happen. There are parades for all occasions and for all ages across the island as well.. The Grand Children’s Parade and the Balloon Parade are two that the whole family will love. The most popular parades happen at night, like the Lighting Parades in Oranjestad and San Nicolas. Glow in the dark costumes and floats make these parades as fun as they are gorgeous to experience.

Check out the best of Carnival last year!

The most popular Aruba Carnival Events:

What do you have planned for your next vacation? If you’re looking for a tropical island paradise chock full of culture and fun, visiting Aruba during Carnival needs to be on your bucket list. The whole island comes alive and you don’t want to miss out! 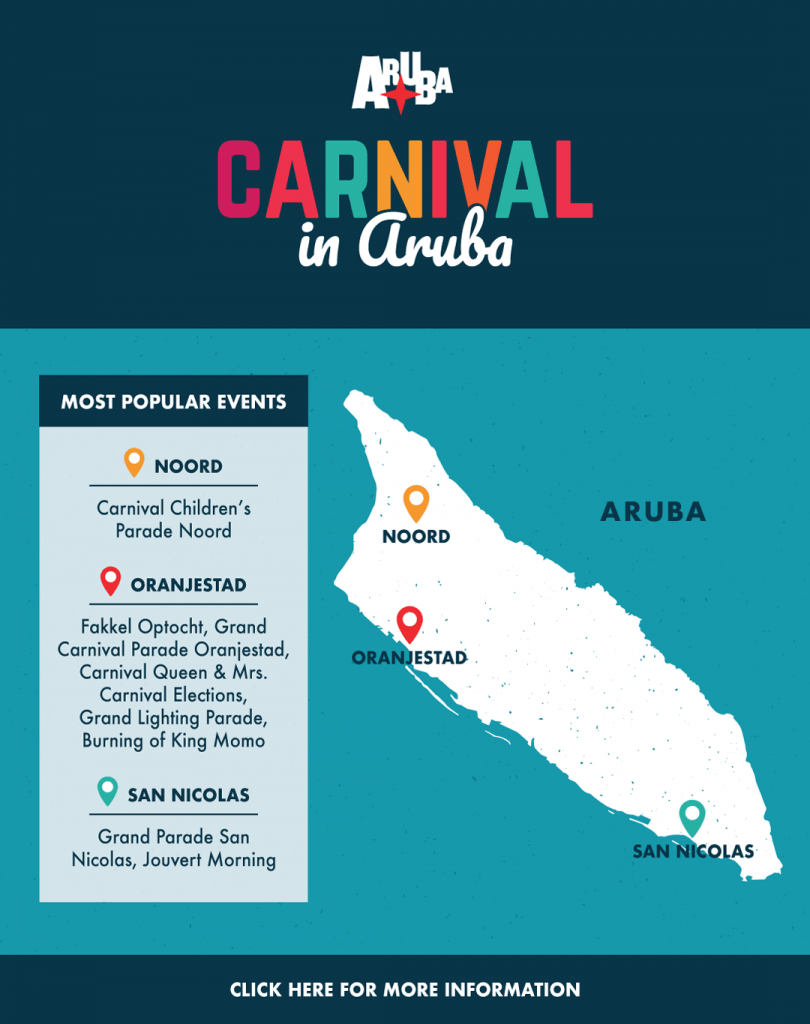