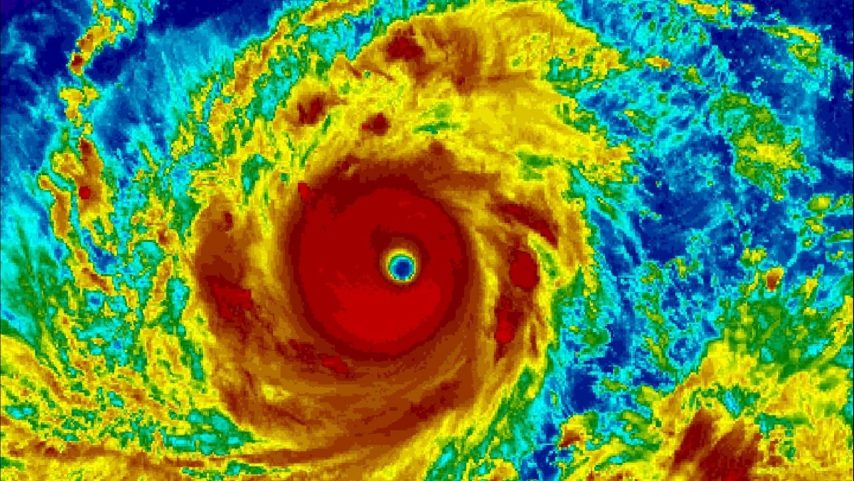 While the Eastern United States spent the weekend bracing for Hurricane Florence to bring heavy rains and high winds to the Mid-Atlantic region, it was another storm on the other side of the world that really left an impact on those unfortunate enough to be in its path. Super Typhoon Manghkut, which admittedly sounds worse than a hurricane, made landfall in Southern China on Sunday, bringing sustained winds of over 100mph and heavy rains to the region. The storm disrupted many cruise line itineraries including those of luxury cruise line Dream Cruises out of Hong Kong as well as a Costa Cruises’ ship headed from China to Japan, but things are expected to return to normal this week.

What’s the Difference Between a Typhoon and. Hurricane?

Though one may sound worse than the other, typhoon and a hurricane are essentially the same weather pattern, just occuring in different parts of the world; the Caribbean and Southeast Asia. Both are fueled by tropical depression weather patterns mixed with warm waters and plenty of moisture in the air. The Caribbean and the South Pacific are ideally suited for these weather conditions during the late summer and early fall.

Typhoon Mangkhut made landfall early Saturday in the northern Philippines, bringing with it gale-force winds and pounding rain.

Aid agencies warn millions in the path of the storm are at risk: https://t.co/IXJV1PevE9 pic.twitter.com/V12KUEn8o1

Cruise lines are always conscious that this time of year brings potentially dangerous storms and thanks to advanced weather prediction models, can stay one or even two steps ahead of the storm in order to keep ships and their passengers out of harm’s way. It would take a significant amount of wind and rain to cause a cruise ship to become unsafe, but the last thing cruise lines want is passengers bouncing around their cabins because the seas are rougher than usual.

What to Do on Cruise Ship During Rough Weather

If you do find yourself on a cruise ship and the waves are rocking and rolling, there are few things you can do to prevent your seasickness from ruining your vacation. The first thing to do is avoid the higher levels. The closer you are to the hull of the vessel decreases the amount of sway and movement you feel. Getting a low deck cabin in the middle of the ship is the best thing someone with frequent seasickness can do for themselves.

Watching what you eat is important as well. Alcohol, food high in fat and spicy foods can all make sea sickness worse. According to cruise veteran and influencer Bill Panoff, the best food you can eat for seasickness is a peanut butter and jelly sandwich! Also, don’t forget to hydrate!