Utah may be known for having some of the best skiing in the country, but it has a little secret. The state transforms into hiking, rock climbing, and mountain biking paradise during the summer months. With five national parks (Zion’s, Bryce Canyon, Canyonlands, Arches, and Capitol Reef) all within a few hours’ drive of each other, Utah also happens to be the perfect place for a summer road trip. Not only are you promised vistas the likes of which you have never seen, but you are also in for a little surprise when you roll up to a local place for a milkshake.

If you’re dreaming about your favorite cruise ship milkshake, then try one of these instead!

Order a milkshake anywhere outside of the Beehive state are you will likely get a creamy, cold concoction that you can sip through an oversized straw. Order a milkshake in Utah and you will get something akin to soft-serve ice cream with bits of fruit, chocolate, caramel, candy, or cookies mixed in. Make no mistake, Utah milkshakes are meant to be eaten with a spoon, not sipped through a straw. It’s unclear where or how the tradition began, but there is a functional reason for this massive departure from the rest of the country’s ideas about ice cream. Most Utah milkshakes are consumed in the summer, often outdoors. In the blazing summer heat, you need something more solid at the beginning in order for it to become drinkable by the time you reach the bottom of the cup. That is why most Utah milkshakes come in a cup much smaller than their proportions. You eat the ice cream “above the rim” before it melts, then (perhaps) transition to a straw to enjoy the rest. Or, you eat the entire thing so quickly you suffer a brain freeze the likes of which you have never experienced. You choose.

So, where do you find the best milkshakes on your next road trip through Utah? From north to south, here are some favorites.

Bear Lake may be known as “The Caribbean of the West” but locals know it something else entirely – fresh raspberry shakes. Shake stands pop up all over Bear Lake as soon as the weather starts to warm up, and remain open through October, but you can’t beat the original Bear Lake Raspberry Milkshake at LaBeau’s. A perfect blend of sweet and tart, La Beau’s combines the perfect vanilla soft serve ice cream with locally grown raspberries for an above the rim experience you won’t soon forget.

Jake’s Over the Top – Ogden, UT

Nestled on the bench right by Weber State University, Jake’s Over the Top is known locally as the go-to place for a shake. Jake’s isn’t much to look at but uses only fresh, seasonal (and local when they can get it) fruit. Best of all, they don’t blend their shakes so much that you can’t tell what flavor you ordered. Order whatever is fresh and enjoy a 2:1 ice cream to fruit ratio. Not into fruit shakes? Jakes has a near limitless menu of flavors. 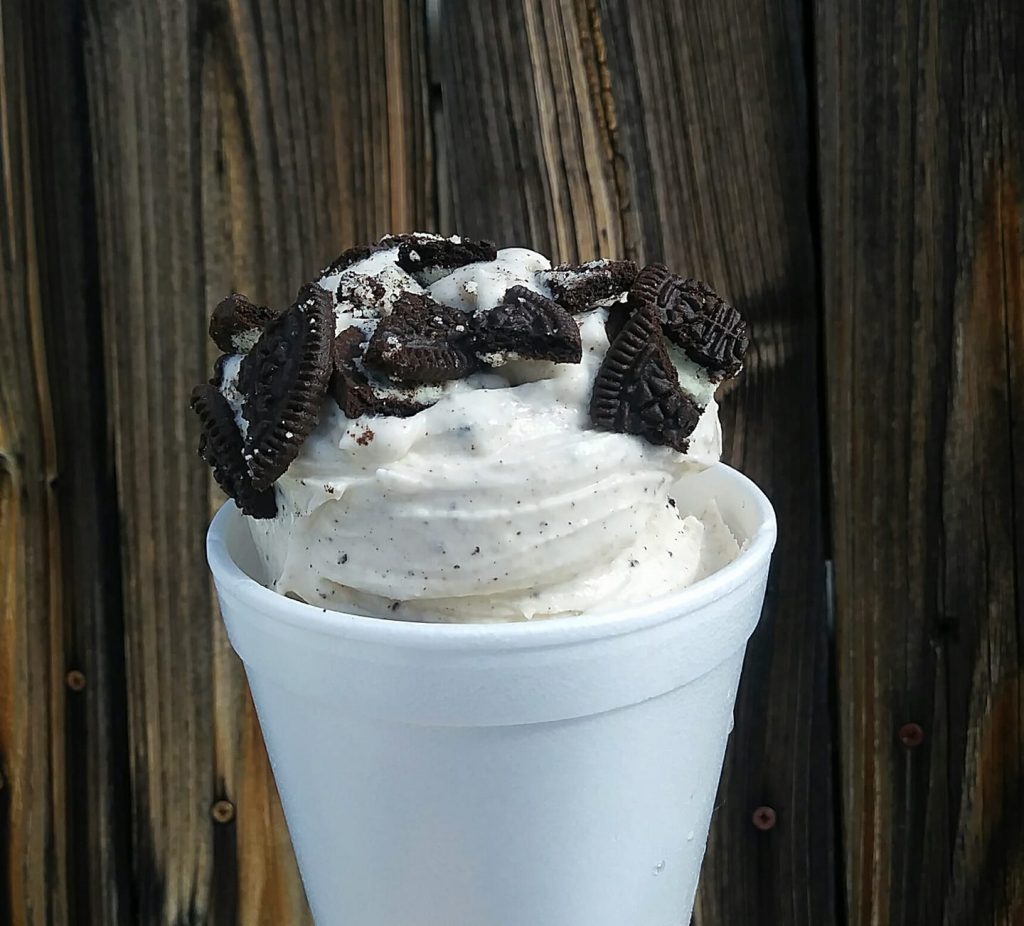 Iceberg Drive Inn was opened as a single location in the Salt Lake City area in 1960 by George Lamar Sorenson, a man often credited with inventing the Utah milkshake. Since then, Iceberg Drive Inn has expanded throughout Utah and into Arizona and California. While their shakes come in “mini” and “regular” sizes, don’t let the moniker fool you. They are huge. And with 75 flavors, you could hit every one of the locations in the state and still only scratch the surface of their milkshake possibilities.

Dairy Keen – Home of the Train (yes, that’s the full name) has an interesting backstory. Located 30 minutes south of Park City, the owners of a piece of property where a defunct Dairy Queen sat couldn’t sell the land and decided to open an eatery. They didn’t have the money to buy a new sign, so they simply changed the “Qu” to a “K”. As a result, Dairy Keen has been an institution for hungry runners, mountain bikers, and travelers for more than 70 years. Their shakes were voted best in the state for 13 years for good reason. Their incredible texture is only matched by the unbelievable variety of flavors. 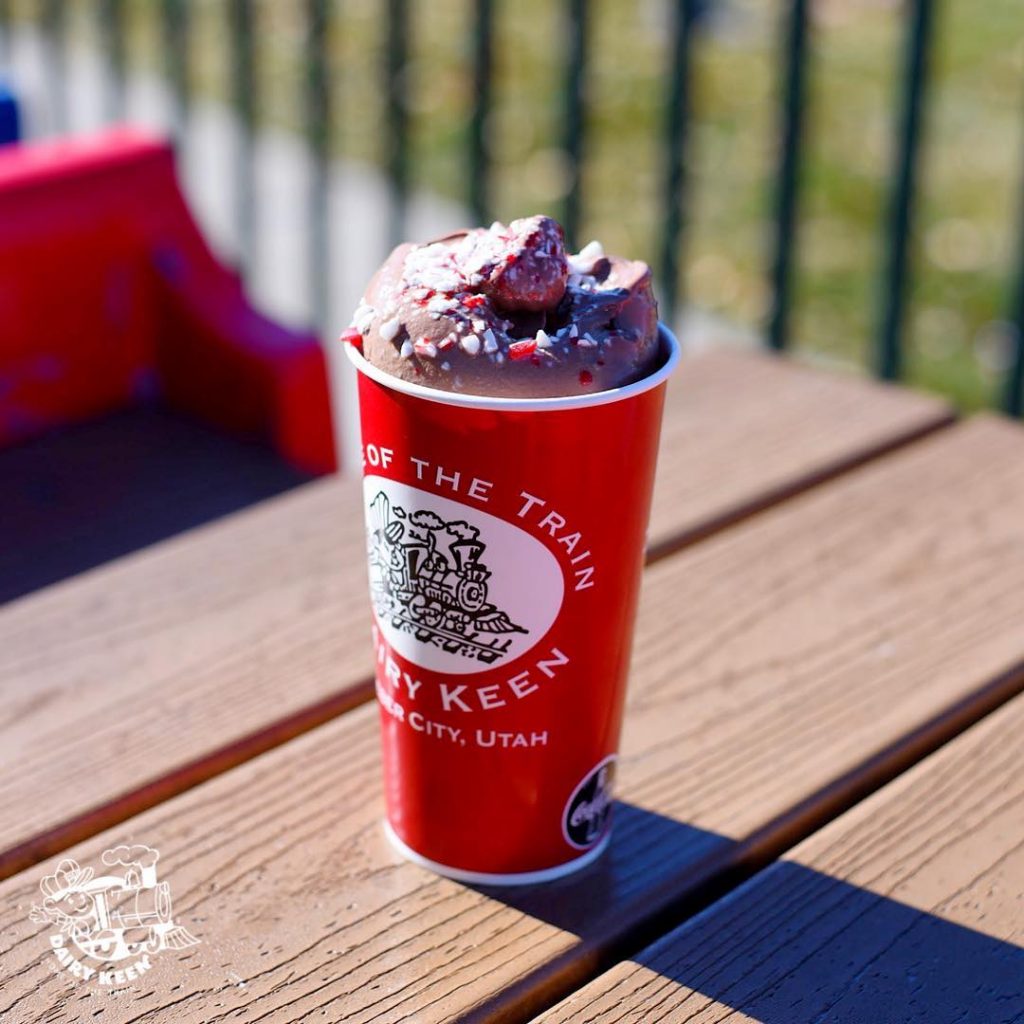 Situated between Canyonlands National Park and Arches National Park, Moab is the destination of choice for great food and great shakes after a long summer day in the parks. While Milt’s Stop and Eat serves traditional shakes in a metal mixing cup, Moab Diner leans toward Utah shakes you eat with a spoon. Their entire menu is delicious, scratch-made, and affordable, but their roots as an ice cream parlor come out when you order a milkshake. 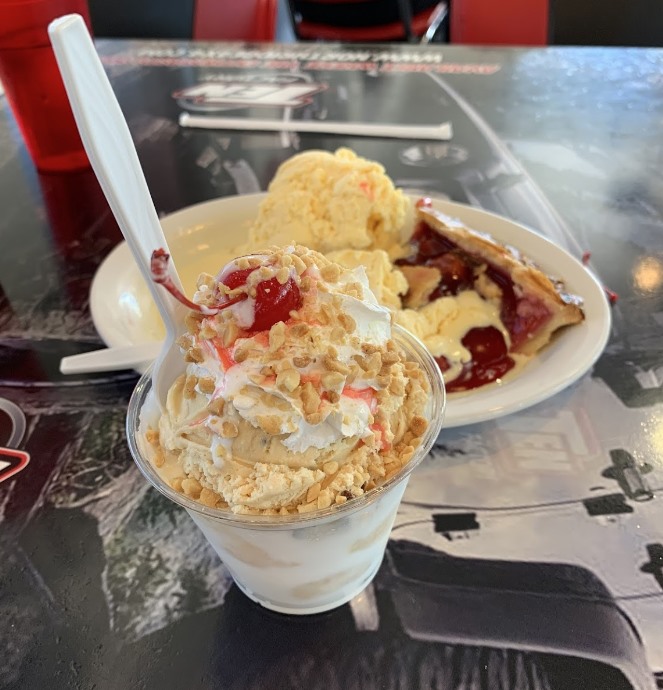 Whether you are just passing through or intending to stay awhile, give the Utah milkshake a try for your next road trip and see for yourself why ice cream is such a big deal in the Beehive state.

Jennifer Hunsaker may have grown up in sunny South Florida, but she has spent most of her adult life in Northern Utah. While she misses the ocean, her ability to drive in the snow, eat french fries with fry sauce, and trail run in the mountains qualifies her as a Utahn by adoption.