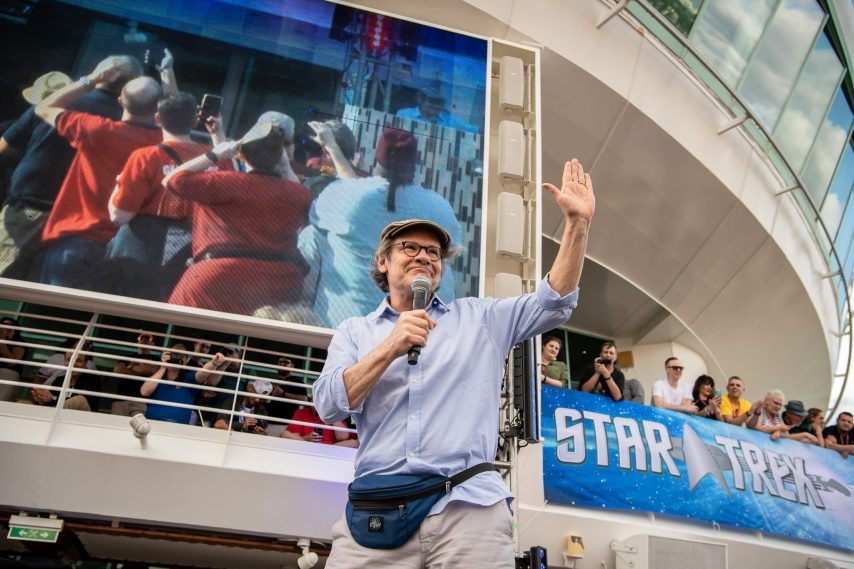 Sometimes a feeling is all we humans have to go on.

The organizers of Star Trek: The Cruise V had to make a difficult, but necessary decision this week. The cruise, originally scheduled for March 2021, has been pushed back until the last week of February 2022 due to the COVID-19 pandemic. Fortunately, the only thing that has changed is the date. Activities and special guests on board Royal Caribbean’s Mariner of the Seas remain the same.

The cruise is scheduled to depart from Port Canaveral on February 26, 2022 with stops in Nassau, San Juan and St. Maarten.

In a post on the cruise Facebook page, the organizers explained why they pushed the date back:

Our core mission is to deliver the most unique and immersive Trek experience in the universe. Underlying that mission is our commitment to always ensure the health and safety of our guests, staff and celebrity crew.

The yearly cruise is organized by Entertainment Cruise Productions, a well-known cruise planning company responsible for other popular theme cruises such as The Jazz Cruise and The 80’s Cruise.

“We are committed to helping our entire universe remain safe and have been working closely with the cruise industry to make sure the health of our guests, actors and staff come before everything else,” says Greg Laubach, Executive Director, Business Development at Entertainment Cruise Productions. “We’re especially grateful to all of the Star Trek actors who were originally planning on joining the 2021 sailing and will all be on board in 2022. We can’t wait to see all of you again.”

The cruise will be attended by actors from several iterations of the show, including George Takei and Walter Koenig from the original 1966 series. They will be joined by actors from The Next Generation, Deep Space Nine, Voyager, Enterprise and Discovery.

The cruise features panel discussions with cast, nightly shows put on by the actors, costume contests, on-deck screenings of Star Trek movies and shows and the ship’s many dining areas will be retrofitted to resemble the sets of the various versions of the show.

About Mariner of the Seas

First launched in 2003, Mariner of the Seas is a voyager-class vessel weighing in at 138,279 tons and with a length of nearly three-and-a-half football fields. The ship underwent $120 million in upgrades in 2018 including new furniture, paint and a modern interior design.

Were you scheduled to attend Star Trek: The Cruise V? Let us know in the comments below!