Spice Up Your Hawaiian Vacation With an Erupting Volcano (VIDEO) 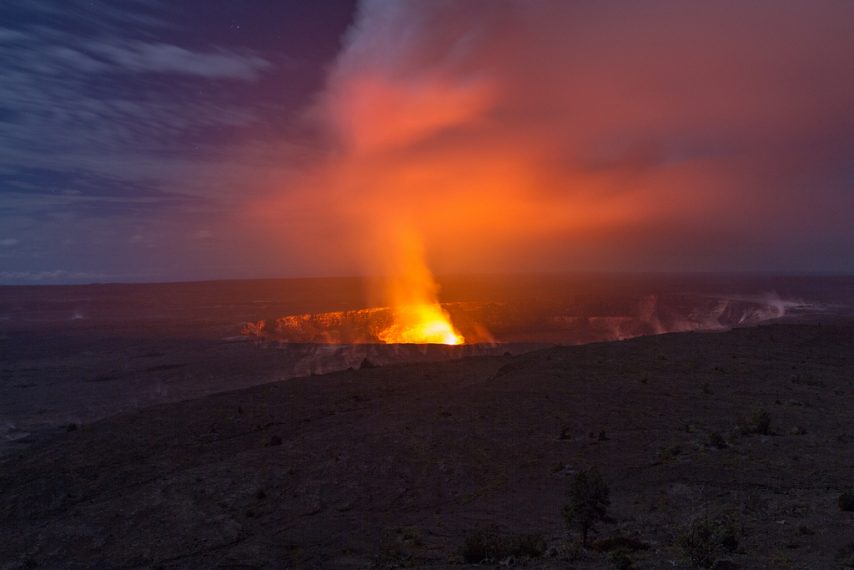 Kilauea Volcano, the most active on Hawaii’s big island, erupted Thursday, prompting a mandatory evacuation for more than 1,700 local residents. As the eruption took place, those sailing into port on a cruise ship and from the air could see the huge cloud of ash and dust obscuring the beautiful scenery.

Those on the island were warned of a pending eruption as seismic activity increased throughout the week. More than 200 earthquakes rumbled the island since Tuesday, an indicator that the volcano was preparing to pop. Quakes coming one after another left cracks on the roadways as officials urged residents nearby the volcano to get to safety.

Molten rock and ash spewed forth from the mountain peak Thursday afternoon and made its descent into the forests below. Officials warned of extremely poor air quality, including high levels of sulfur dioxide, as the flow moved closer to residential areas.

Absolutely stunning drone video of the eruption of Hawaii’s #kilauea volcano. Mandatory evacuations for the Leilani Estates subdivision have been ordered.

Volcanoes are just a part of life for those living on the island chain. In fact, they’re the primary reason the islands exist to begin with. There are five major volcanoes on the main island, three of which still very much active.

Heavily dependent on tourism, Hawaii is a popular hub for cruise ships. Many cruise lines offer shore excursions where guests explore beaches made from ground volcanic rock and take hiking tours to the craters of dormant and active volcanoes.

The eruption isn’t expected to hamper those visiting the island by cruise ship or by air, but it certainly makes for a cool vacation story.