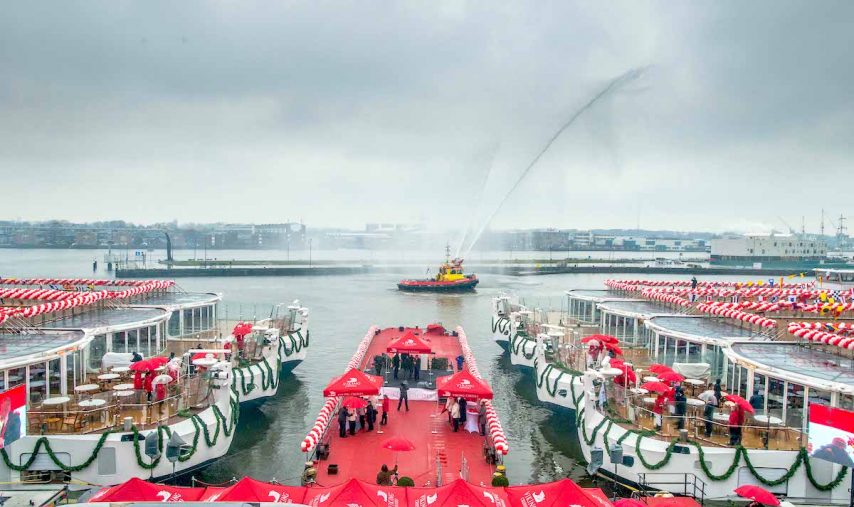 The event honored six travel-industry partners as godmothers for the new ships: