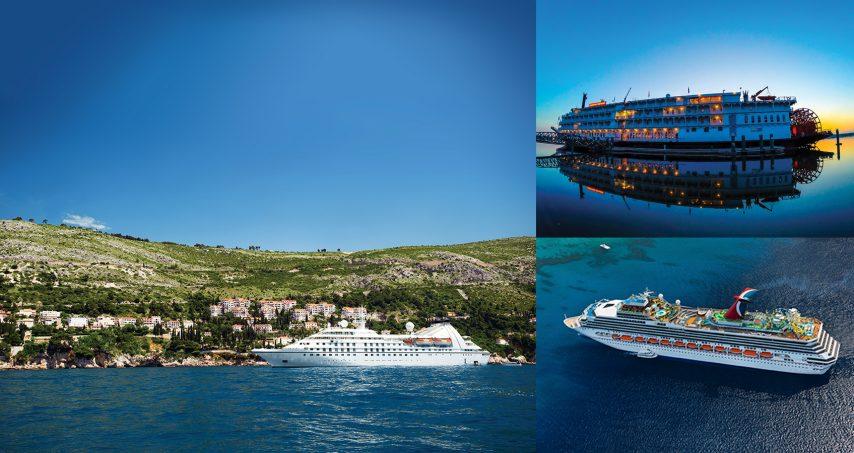 Extreme Makeover without the annoying host who screams through a bullhorn? Now that’s serenity. Crystal Serenity, in fact. Following a $25 million refurbishment in May, Crystal Cruises’ classic ship is sporting a sleek new look.

Crystal Serenity’s Captain Glenn Edvardsen is particularly proud of his ship’s recent refit. “Our goal with this ship and this line is to do everything a little bit better than anyone else,” the 20-year veteran Crystal commander told us as we sailed up the rugged coast of Norway toward the Polar Ice Cap. “Thanks to great planning and working around the clock, we achieved everything we wanted in just 14 days.”

Crystal Serenity’s 2011 major makeover was a remarkable achievement, especially since every day a ship sits in dry dock without passengers is another day of zero revenue. But cruising is a highly competitive industry and ship owners know that guests don’t appreciate signs of  wear and tear, outdated facilities, or anything less than the latest in design or technical innovations. While the 1,100-passenger Crystal Serenity is relatively young — it entered service in 2003 — the line still wanted to blend cutting-edge luxury with a class feel, or, what it calls, “Hollywood glamour and Fifth Avenue elegance.”

Although the round-the-clock work at Hamburg’s Blohm + Voss shipyard took just two weeks, the detailed planning lasted almost two years. Alexandra Don, Crystal’s vice president for hotel services and design, brought together some of the world’s top designers to create a new, contemporary look for the ship. Creative teams from the United States, Canada, and the United Kingdom brought special skills in the areas of modern stateroom design, the flow and style of public areas, and the stringent safety requirements of cruise ships.

The refit timetable had to be carefully researched and coordinated so the 400 workers in Hamburg responsible for the transformation would have precise travel and work schedules with all the material they needed close at hand when it was required. No idle minutes here. The fabric alone — 656,000 feet to be exact — for new curtains, upholstery, bed skirts, cushions, pillows, and carpeting had to be planned and measured in 2010 and ordered from an Italian company that custom-makes the material to the International Maritime Organization’s strict standards.

The most striking improvements for returning guests (and, on our cruise, 60 percent of the passengers had been on Crystal ships before) were in the staterooms. All 531 rooms, penthouses, and suites were transformed with floor-to-ceiling tufted headboards, improved bedside cabinets, rich wallpapers, and new sofas, veranda furniture, curtains, pillows, and custom carpets. Vanities and desks now have new, white marble tops. More mirrors were added, plus better lighting and sophisticated dimming technology including a “do not disturb” light and doorbell system. The new TVs are 26-inch high-definition plasma (32-inch in suites) with Blu-ray players and a generous selection of channels (including news, documentary choices, and one that showed nothing but colorful tropical fish set to soft music).

On an ultra-luxury cruise ship, chic boutiques are a key attraction (plus an important revenue source) so this makeover concentrated considerable effort on making the retail shops on Deck 6 even more stylish. The large Apropos fashion boutique was turned into three distinct shopping areas while the Facets fine jewelry shop added more mirrors and chrome to reflect the silver and mother-of-pearl motif. After the refit, Crystal Serenity now boasts a Christian Dior cosmetics shop, the largest of its kind at sea.

This was the first significant Crystal Serenity makeover since 2008, but one area that has been left virtually intact (except for routine maintenance) is the Palm Court. Both Captain Edvardsen and Hotel Director Herbert Doppler told us that this large, comfortable lounge at the front of Deck 11 is the space they’d recommend for total relaxation. With its palm trees and panoramic views on three sides, “there’s no room like it in the entire industry” according to the captain. “It’s serene, so the name Serenity is most appropriate.”

Regular guests appear delighted with the transformation. Frequent cruisers like Ron Landry of Atlanta appreciate that the line knows what to change and what to leave alone. “The ship is beautiful but the staff makes it special,” he says. “The food, shows, and learning opportunities are spectacular as well. Other ships are good but whenever we feel the urge to cruise, we always find something we like on Crystal.”

The old rule of thumb for major makeovers of cruise ships was 15 years, the midpoint of an expected 30-year life cycle. But intense competition, the desire for more revenue sources (like bars and extra-cost specialty restaurants), and the demands of passengers for the latest innovations have led cruise lines to shorten that boundary.

Therefore, Crystal Serenity certainly wasn’t the only ship that has emerged from dry dock sporting a new look and feel. In fact, there have been many significant cruise ship refits in 2011. Here were just some of the highlights: