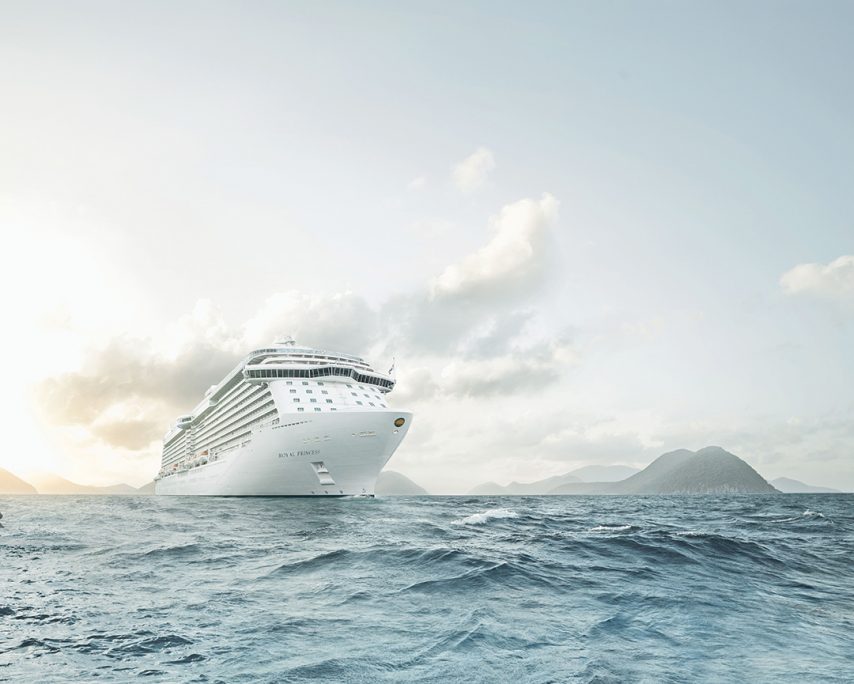 What’s in a Name

Once upon a time, Robin Leach presented his signature “champagne wishes and caviar dreams” aboard the original 1984 Royal Princess on the decadent Lifestyles of the Rich and Famous TV program, and my mother was captivated.

Three decades later, Princess Cruises has celebrated its 50th anniversary as well as the televised impact it made on so many lives via the The Love Boat. The hit show opened cruising’s door to so many travelers. In fact, my father even sailed on the show’s featured Island Princess.

Still, it wasn’t until we all embarked on the innovative Royal Princess in 1985, that my family and I, myself not even 2-years-old, became bona fide cruise addicts. Sailing a Panama Canal itinerary, the sleek cruise ship was revolutionary for its time, abandoning inside staterooms altogether and exclusively featuring outside staterooms, an impressive 150 with balconies. At 44,348 gross tons and a capacity of 1,260 guests, she was small but regal, christened by Princess Diana, and architecturally crowned by a 360-degree observation lounge.

Fast forward to today. The namesake flagship has returned, and my parents and I once again got to experience a new Royal Princess, appropriately christened in 2013 by Kate Middleton, wife of Prince William, Princess Diana’s son. Now I’m 31 years old, and my 88th cruise proved that the new Royal Princess is a wonderful evolution from the first.

In exterior design, the new Royal Princess is more monolithic. A low profile has given way to a tall expanse of balconies spearheaded by a swooping bow and capped by a cantilevered glass-floored walkway known as the SeaWalk. Overall, the 142,714 gross ton ship is three times the size of its predecessor and carries 3,600 passengers, most now in balcony staterooms.

Since the original, interior staterooms have also returned, and the line has introduced its expanded Deluxe Balcony staterooms with surprisingly plush sofa beds, accommodating a third guest comfortably without the need for me and my parents to upgrade to a mini-suite as we have in the past. (Note that once the sofa bed is fully opened, the chair at the desk is displaced elsewhere into the room.) It turns out the best feature of our stateroom was our steward, who took extra time each day to creatively dress our teddy bears — we’re kids at heart — and pose them in playful tableaus.

Upon first stepping aboard, The Piazza literally shines bright. In a rare case where the finished product proves superior to the initial renderings, the three-deck golden atrium is splendidly illuminated as backlit marble elegantly defines its floating curves. This social hub is the stepping off point to several shops, the casino, reception and shore excursions desks, nightclub, bars, dining rooms, and two wonderful complimentary eateries: the International Café for 24-hour snacks and Alfredo’s Pizzeria for Princess’ award-winning slices complete with full table service.

The Horizon Court, Horizon Bistro, and The Pastry Shop collectively make up Princess’ largest Lido to date, serving an ample selection of self-serve dishes for breakfast, lunch, and dinner. The congested cul-de-sac layout found on some of the line’s previous ships has made way for a much easier-to-navigate run that cuts straight through the center of the ship, accessible from either side. In fact, as good as the main restaurants are, we nonetheless preferred these casual options after days filled with touring, and we found them to be every….