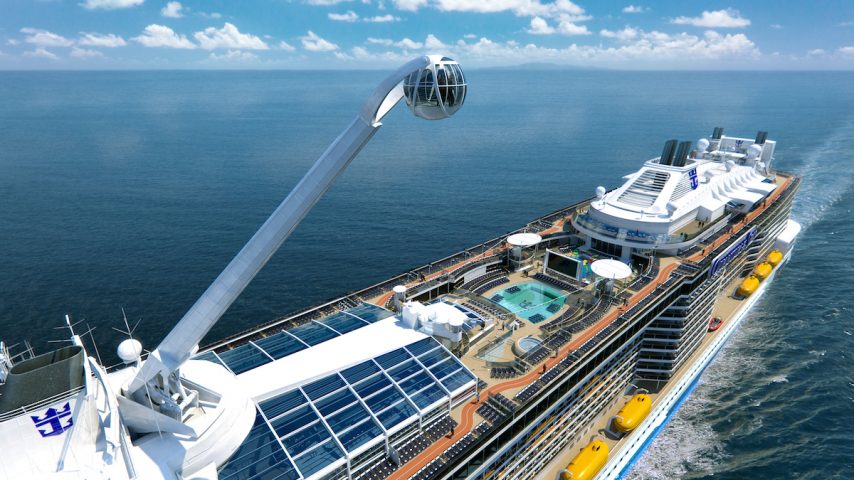 Royal Caribbean International has made it into the Guinness Book of World Records with its North Star attraction aboard the line’s Quantum-class ships. This one-of-a-kind glass observation capsule gently rises more than 300 feet in the air and rotates upward and over the sides of the ship to provide amazing 360-degree views, which helped the North Star break the record for “Highest Viewing Deck on a Cruise Ship.”