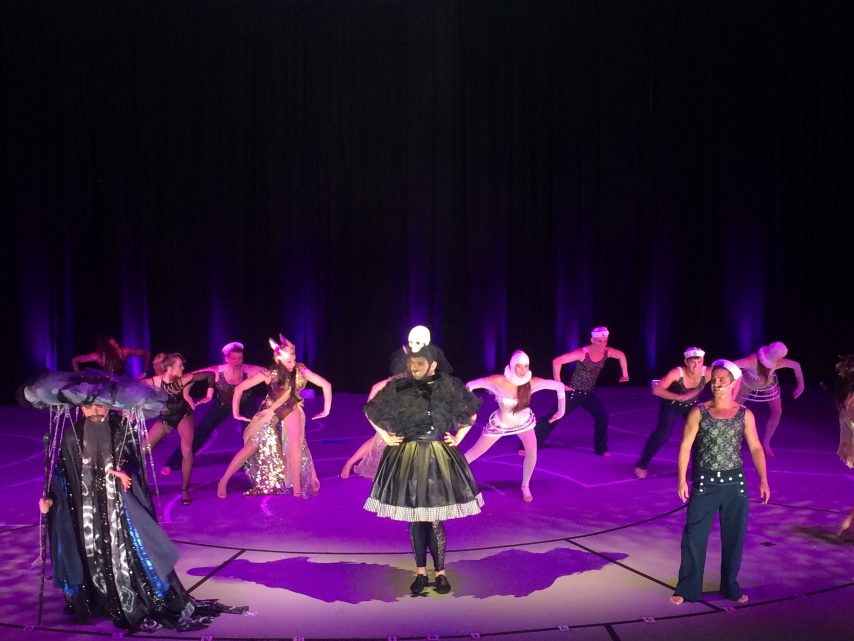 Cruise lines are serious about entertainment, the latest evidence being a 137,300-square-foot production facility built by Royal Caribbean Cruises Ltd., to prepare hundreds of singers, dancers, and aerialists for shows for its Royal Caribbean International, Celebrity Cruises, and Azamara Club Cruises brands.

Thomson-Foley, a former dancer turned cruise director turned entertainment boss, gleefully showed off spaces including a fully rigged and mirrored rehearsal studio for aerial acts, vocal recording studios, a test theater (with seating for 280), dance studios, and more. There’s even a separate dorm to house entertainers, who will come here to rehearse from all over the world.

“Our (rehearsal) space is even bigger than Cirque du Soleil’s,” Thomson-Foley said.

While Royal Caribbean has positioned itself as an at-sea venue for Broadway shows, Celebrity Cruises is taking a different approach.

The line hired professional choreographers (who have worked with stars such as Madonna and Kylie Minogue) for the first new production, Elyria. The show is a slightly naughty love story that will be performed late at night for adults, and which will debut on Celebrity Constellation next month.

The sample we saw was a sort of Cabaret meets Game of Thrones. Thomson-Foley calls it “a bit edgy but also classy and beautiful.”