Rise and Shine – Some cruisers might think getting up before dawn is crazy. They don’t know what they’re missing. 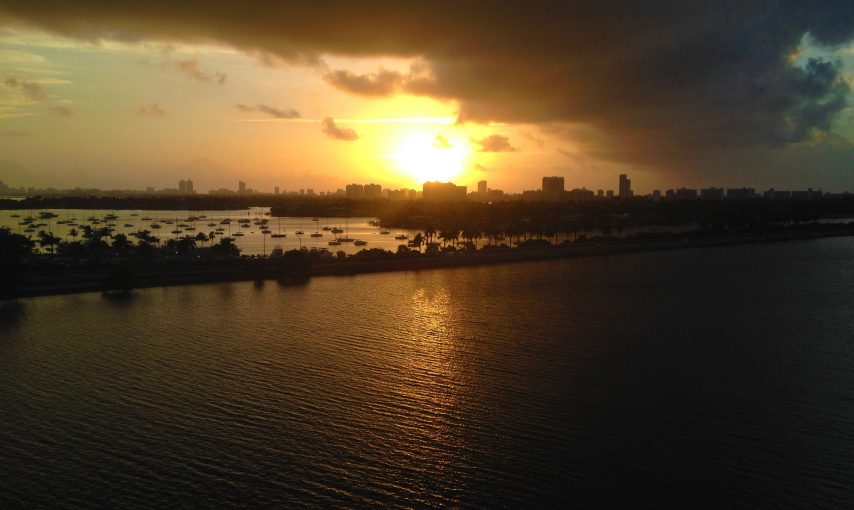 Some cruisers might think getting up before dawn is crazy. They don’t know what they’re missing.

Last night I was lying in bed reading when the following sentence stopped me cold: You never come closer to owning the whole world than when you wake up before everyone else.

As a very early riser, I can strongly relate, particularly when I’m on a cruise.

I don’t know why I routinely wake at 5:00 a.m., but the habit follows me up the gangway, much to the annoyance of my cabinmates. Being a courteous sort, I brush my teeth, wash my face, and make my way as quietly as possible out of the cabin. The halls are deserted — not even a housekeeping cart blocking my path — as I climb up to the pool deck where I can see the sun just beginning to peep over the horizon.

Life has already begun in the buffet area and my appearance stops the workers’ banter until it becomes obvious that I won’t be requesting an omelet and hash browns at this hour, but am headed directly to the coffee station.

Sipping from my steaming mug, I wander outside and settle myself at a table. Oooops! Never fails. I forget to check the seat and sit on a cushion drenched from an earlier soaking rain or the hosing down of the deck that was completed not too long before.

I relocate to the rail and look out at the vast ocean believing I am at this moment the only person in the world. Footsteps behind me interrupt the woosh of the waves and I turn to see two jumpsuit-clad engineers crossing the deck. Before they disappear down that mysterious chained-off staircase, they look my way and I wonder if they are simply saying “good morning” or if they noticed my shorts and think I peed in my pants.

The sunrise is a slowly spreading stain across the sky and at its peak, an elderly gentleman emerges on deck. We look at each other, both of us hoping the other doesn’t want to chat. We nod a greeting and he continues on to opposite side of the deck.

In time, other guests begin to appear. From the buffet, there are sounds of silverware clinking and plates clattering. Voices are heard, a baby cries, and music is now playing through the sound system.

In an hour or two, the deck will be filled with people, rearranged deck chairs, and a sea of oversized orange beach towels. It’ll bear no resemblance to the quiet and deserted world that was all mine just a few hours before.

But that’s okay. By then, I’ll be ready for my afternoon nap.