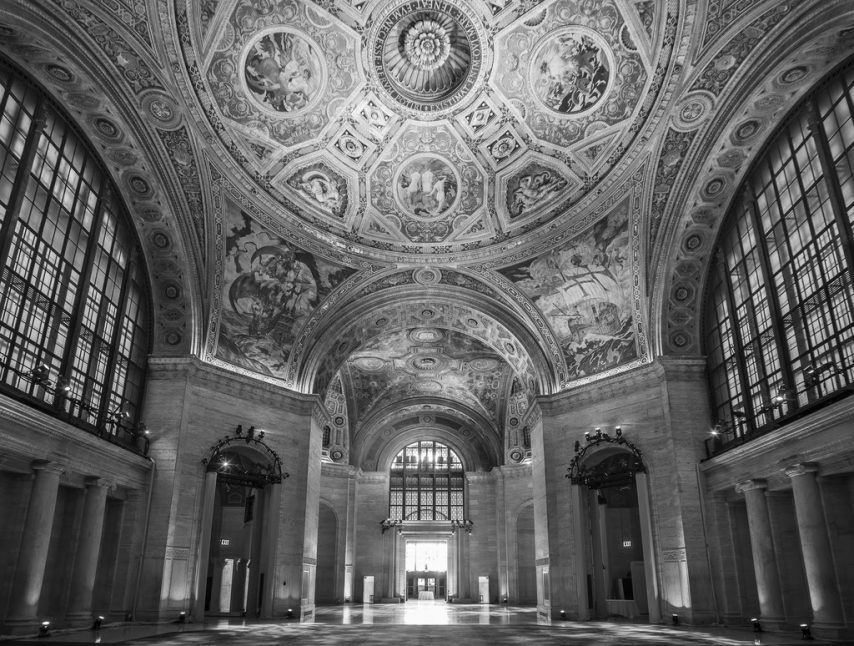 Cunard Line’s former office buildings are to become an integral part of the fleet’s flagship, Queen Mary 2, during her major three-week refit in June this year. The Cunard Buildings in Liverpool, New York, and Southampton will each be featured in a specially commissioned set of images that will be displayed in the ship’s suites and staterooms when she re-enters service.

“The Cunard Buildings in Liverpool, New York, and Southampton preserve periods of Cunard culture and history throughout our more than 175-year existence,” said Richard Meadows, president, Cunard North America. “The detail and layouts of the buildings sustain Cunard’s rich heritage through design and décor that echoes attributes of the great liners of Cunard’s past. There is no better way to honor our illustrious history than by incorporating Paul’s images into design elements on board Queen Mary 2 as we move into the future of Cunard.”

The series of photographs include:

“This has been an incredible assignment,” said Ward. “All of these buildings are so important to Cunard and it has been a privilege to visit each one and record a small aspect of the part they have played in both the history of Cunard and the maritime history of these great cities.”

Queen Mary 2’s major 25-day refit will see all Princess and Queens Grills Suites, all Britannia Club staterooms, and more than half of balcony staterooms redesigned; fresh design schemes and fine details will pay tribute to the original Queen Mary’s iconic art deco heritage; as well as a wide range of upgrades, including a major redesign of the buffet area and the addition of 30 new Britannia Club Balcony staterooms and 15 Britannia Single staterooms.