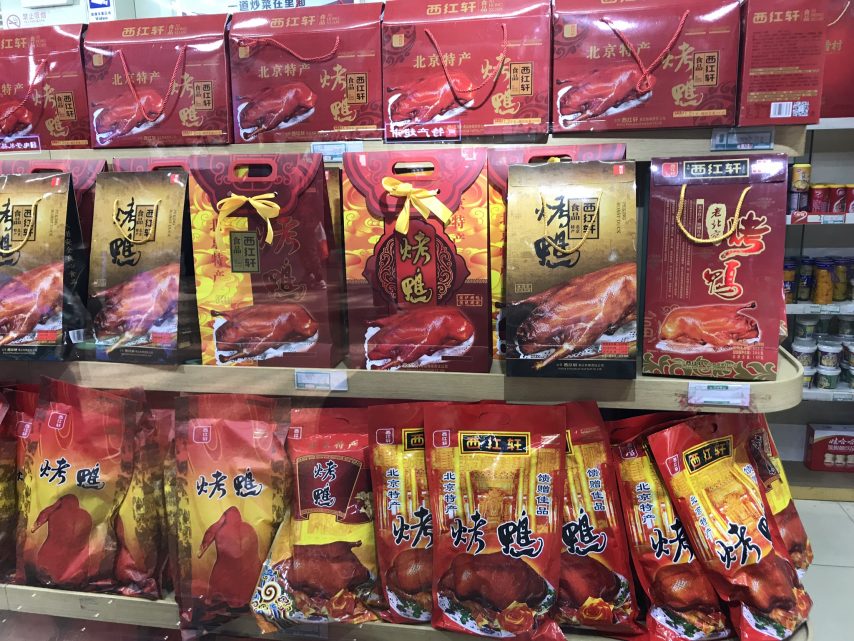 The popular fall back response to the ‘what’s for dinner’ query is the ubiquitous “How about some Chinese?”.  How can such a non-American food staple become so American? The fact that Chinese cuisine takeout is readily available in almost every suburban strip mall in the United States is proof that meals in little white boxes have earned a place in our collective hearts and minds (as well as stomachs). 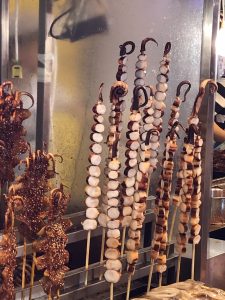 Would a cruise to China then suggest that a sweet and sour culinary bonanza be right around the corner? A cruise on Windstar’s Star Legend to China underscored the accuracy of a recent fortune cookie proclamation: “You will experience a new destination”.  (Although the 5-8-14-25-26-29 lottery numbers came up short).

RELATED: The Great Wall and Pandas of Chengdu

The meals on the ship were exquisite and creative with an Asian twist but never diverting too far from westernized tastes.  It’s when you step ashore that the culture of real Chinese cuisine takes on a new meaning.

A Taste of Real Chinese Cuisine

Disclaimer #1: While every street has cafes, restaurants, kiosks and vendors of local fare, the signs of KFC and Starbucks are intrinsically intertwined under the iconic Golden Arches of capitalistic growth.

Regardless of the location, food is being prepared, sold and consumed in absolutely incredible volume. Street vendors seemingly offer little differentiation between breakfast, lunch and dinner offerings.  The ever present noodle reigns supreme for a majority of dishes. Add in little pork here and perhaps a little chicken there and you are off to a good start with strange unknown vegetables thrown in for good measure.

Disclaimer #2:  Don’t expect to have the utensils of convenience such as a spoon or fork supplied with your meal. Practice the art of using chopsticks prior to your visit.  *To be discussed later. 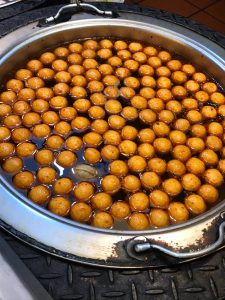 A nightly street food market in the Muslim Quarter (who knew?) of Xi’an was the biggest eye opener of the epic Chinese journey.  Over a mile of street vendors hawking every imaginable mystery meat, internal organ and sea creature of the planet. Whole carcasses hanging on a hook were being carved with the morsels being impaled on skewers and BBQ’d over hot coals.  Picture fried squid, octopus kebabs, chicken feet, duck heads, duck tongue, spiced peanuts, candies, yoghurt and fiery red chili peppers, LOTS OF CHILI PEPPERS!

People watching is facilitated by the wall to wall throng of revelers munching on the fascinating foods being sold open air.  While the hawking is interesting, it’s the gawking that makes it so entertaining.

Disclaimer #3: Ordering your meal can be a challenge due to the lack of English language comprehension.  Try to limit your dining choices to locations that post pictures, resulting in a “point and pray” concept of ordering your meal.  Case in point. Due to a lack of acceptable choices, I reluctantly ordered a breakfast sandwich displayed in a photo menu as #10 at a train station McDonalds counter.  I pointed and said “number ten”. The attendant surprisingly responded with “10?” “Yes” I responded. When I picked up my bag I was shocked when I discovered TEN sandwiches!

On the subject of train stations, (which by the way are more like modernistic airports), you will find the normal fast food outlets interspersed with noodle shops and kebab cafes.  So then, what do the Chinese do when ‘take out’ is necessitated?

Of course there are the requisite buffet type options, but the most interesting item is the ‘duck in a bag’ selection.  Shops line their shelves with vacuum sealed duck in foil like bags. Braised, broiled and BBQ’d, waterfowl to go is obviously popular for people on the run.  And speaking of duck, there is always the omnipresent Peking Duck. This iconic Chinese cuisine is prepared in a time honored tradition by being roasted in the oven, sliced table side, wrapped in a thin pancake and seasoned with a variety of dipping sauces.

Allow me to digress back to my point on chopsticks.  What possesses a culture to forage through food with a pair of knitting needles?   Supposedly it’s more hygienic and allows you to eat slower, hence enjoying your meal more.  One of my best friends is Chinese and I have discreetly observed him maneuver his way through noodles, chicken feet and rice to the degree of using chopsticks as an art form.  I know you probably love to impress people on how adept you are when eating in a Chinese restaurant, but seriously?

From past culinary escapades I’ve experienced and written on, you know me as a bit adventurous with foods.  Don’t let me discourage you from the experience, as I did try a few exotic dishes with moderate success, but frankly, I prefer my hometown chow mein, General Tso’s chicken, sweet and sour pork and cellophane wrapped fortune cookie with lottery numbers that really work.