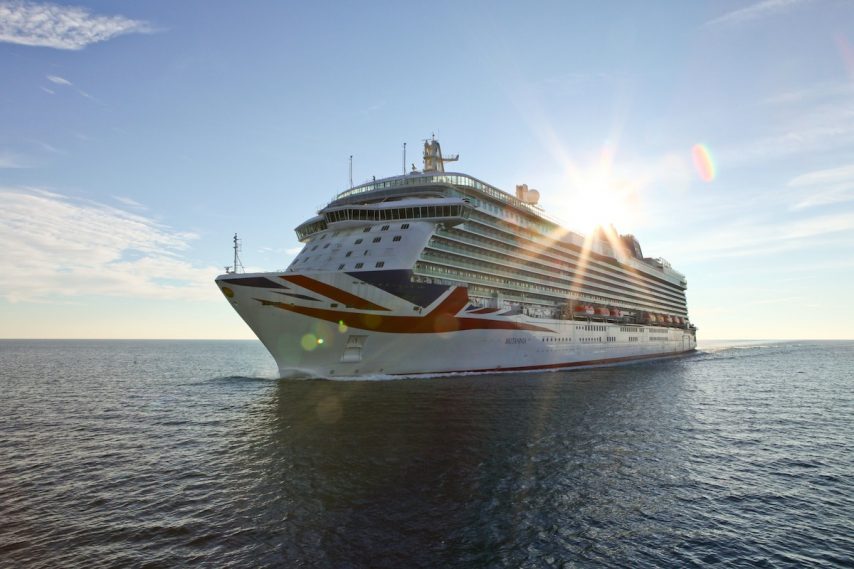 P&O Cruises officials kept the name of the godmother of its newest and largest ship, the 3,611-passenger Britannia, a secret as long as they could. But word is out and it’s big: Queen Elizabeth II will do the christening honors, accompanied by Prince Phillip, Duke of Edinburgh.

The ceremony takes place at the Ocean Terminal in Southampton on Tuesday, March 10, and will streamed live, beginning at 6:30 a.m. ET. Here’s where to watch.

The debut of the ship represents a milestone in British maritime history, P&O officials noted. It’s the largest ship ever designed exclusively for Britain and is painted with the world’s largest version of the Union Jack.

“We are honored and proud that Her Majesty will name Britannia almost 20 years after she named the P&O Cruises ship Oriana,” said Carnival UK Chairman David Dingle. “Britannia, a ship for the nation, will be the embodiment of contemporary Britain, and with her Union Jack livery she will fly the flag for Britain across the globe.”

A new Epicurean restaurant is described as a “multisensory cooking experience with touches of molecular gastronomy to complement the more traditional dishes.” The ship will also have a supper club with contemporary entertainment and bar offerings that include, in the Crow’s Nest cocktail lounge, a Great British Gin Menu with 20 artisanal gins. Brodie’s pub will feature a Great British Beer Menu with a selection of 70 UK beers.

The ship also has the largest British spa at sea, a dramatic, expanded three-deck-high atrium, a state-of-the-art theater, four pools, and a more than 1.53-million-dollar art collection.

British sparkling wine will be used for the christening, for what is actually the third ship named Britannia in the history of the venerable cruise line — the first was launched in 1835, the second in 1887.