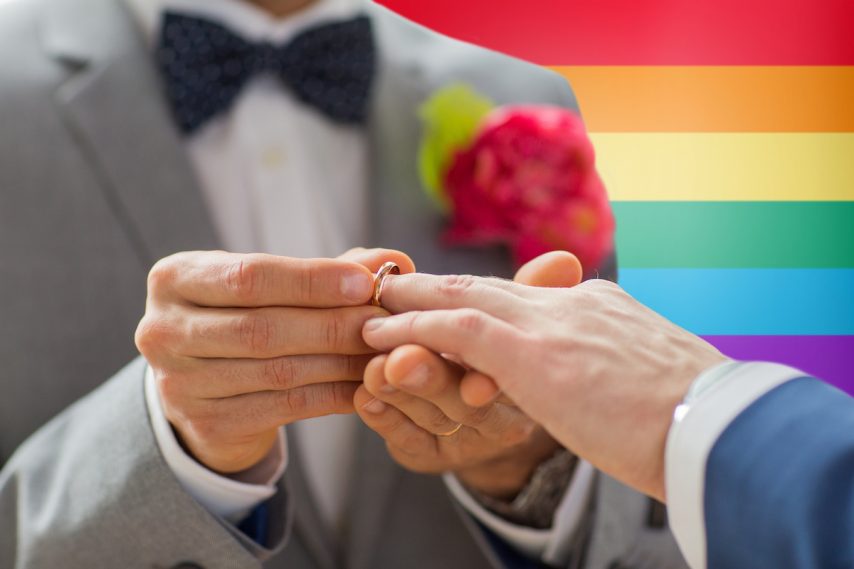 “Cunard has brought people together through travel for over 175 years, and we’re proud to mark another milestone in our company’s history as we welcome our first gay marriage booking and many other marriages to come,” said Josh Leibowitz, senior vice president, Cunard North America.

Cunard has offered weddings on its ships for the past five years and has married more than 250 couples. The line’s bookings for same-sex couples are now open, with the first booking already made.

Bookings are also now open for same-sex couples wishing to tie the knot aboard P&O Cruises. In fact, the line’s first wedding is already set to be held on Azura in the Caribbean in January 2018.

“I am delighted that following this much anticipated change in the legalities we are now the first British cruise line to be able to arrange same sex weddings on board,” said P&O Cruises’ senior vice president, Paul Ludlow. “Weddings at sea are very romantic and getting married by the captain* in the middle of the ocean is an unforgettable experience.”

Cunard and P&O Weddings at Sea packages include:

*If the captain is unable to conduct the ceremony, the deputy captain will be asked to conduct on their behalf.

In addition, although same-sex commitment ceremonies are not new to Princess Cruises, the line said it’s delighted by the ruling and looks forward to hosting same-sex marriages. Princess added that they are currently working on developing a range of services and amenities to meet the needs of same-sex couple ceremonies and will release full information on these shortly.

The cruise ships that can now host same-sex weddings include each of Cunard’s three ships, all of P&O’s except for Britannia, and 13 Princess ships.