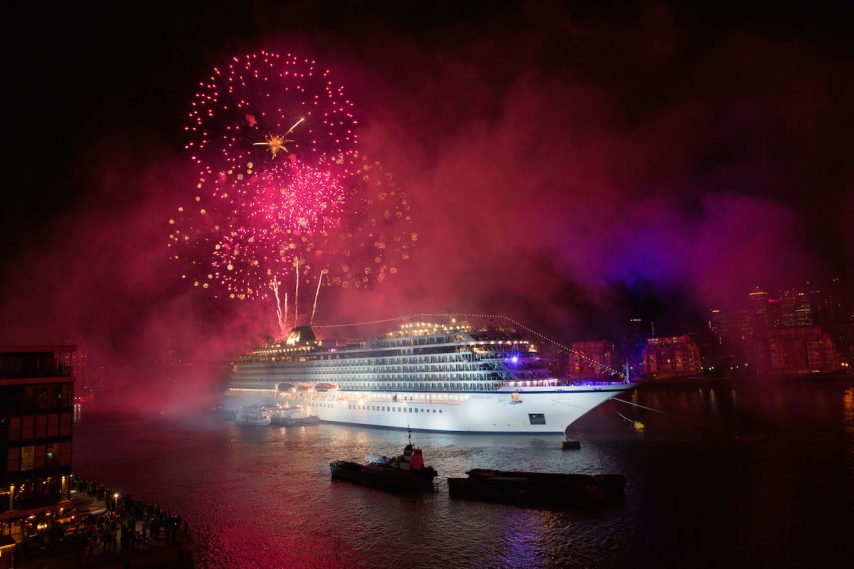 * Viking Ocean Cruises has welcomed its second ship, Viking Sea, at a christening on the Thames River – making it the largest ship ever launched in London. Godmother Karine Hagen, the line’s senior vice president and daughter of founder Torstein Hagen, used a Viking battle axe and a bottle of aquavit to welcome the 930-passenger ship. Festivities included a concert from Norwegian soprano Sissel and The Olav’s Choir, and a talk by Stein Olav Henrichsen, director of Oslo’s Munch Museum.

* It’s a good week for Internet at sea. Norwegian Cruise Line Holdings announced plans to quadruple Wi-Fi bandwidth across its fleets – which include Norwegian Cruise Line, Oceania Cruises, and Regent Seven Seas Cruises. At the same time, Royal Caribbean International announced that its exclusive, high-speed service, VOOM, is available on all 24 of its ships.

* Adam D. Tihany wraps up his video series with Holland America Line by sharing his thoughts about why people travel, how design can influence the way they explore new places – and how these ideas shaped his work for the line’s latest ship, ms Koningsdam.

* Crystal Cruises has unveiled designs for their first river vessel, Crystal Mozart, currently slated to cruise the Danube River starting on July 13. The 158-guest ship will include a pop-up bar area on the top deck, a living rooftop garden area, and suites with king-sized beds and marble bathrooms.