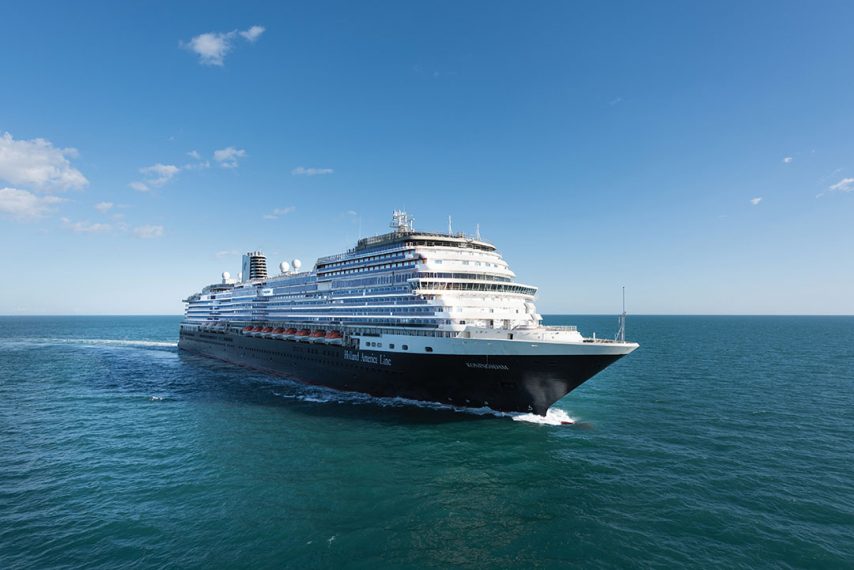 Holland America Line has taken delivery of ms Koningsdam, officially making it the first Pinnacle-Class ship in the fleet. Koningsdam’s official naming ceremony will take place in Rotterdam on May 20, followed by a summer season homeporting in Amsterdam sailing a series of northern Europe and Baltic cruises before returning to the Mediterranean in September. In the fall, the ship will reposition to Fort Lauderdale, Florida, for its Caribbean cruise season.

Norwegian Cruise Line’s U.S.-flagged Pride of America returned to her homeport of Honolulu following a three-and-half-week dry dock where she received shipwide enhancements including newly designed public spaces, brand-new venues, and refreshed décor in all staterooms. The extensive renovation is a part of the line’s $400 million Norwegian Edge™ enhancement program. “When guests step aboard the all-new Pride of America, they will be amazed by the breadth of this renovation,” said Andy Stuart, Norwegian Cruise Line president and COO. “This is much more than just a fresh coat of paint and new drapes. Pride of America is now essentially a new ship, and the only one to offer this incredibly unique way to experience the Hawaiian Islands.”

Hapag-Lloyd Cruises’ Europa 2 will set sail on a “Soul Kitchen” gourmet theme cruise June 29 to July 3, 2016, from Hamburg to Copenhagen, Aarhus, and Kiel. With the theme of “Singing, Cooking, Dancing,” gourmet fans and lovers of soul will be entertained by singing celebrity chef Nelson Müller as well Stefan Gwildis and inspired by the latest trends in the street food scene right in the harbor, with live music playing in the background.

Norwegian Cruise Line Holdings Ltd. announced that it will build a new ship for Regent Seven Seas Cruises. Sister ship to Seven Seas Explorer, which is is currently under construction and scheduled to make its debut in July 2016, the new Explorer-class vessel is scheduled for delivery in 2020. Guests can anticipate the same gourmet dining, plush lounges, and spacious accommodations including a rendition of the Regent Suite, a new class of ultra-luxurious suite that will debut on Seven Seas Explorer. Expanded details for the new ship will be announced at a later date.