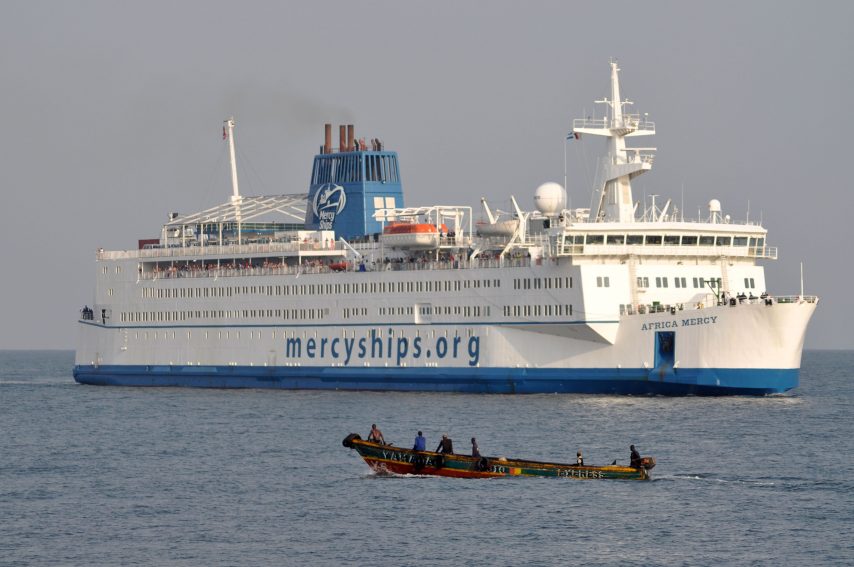 Porthole Cruise Magazine announces a new philanthropic effort in support of Mercy Ships, a global charity that operates a fleet of hospital ships in developing nations. For every new Porthole subscription purchased during the months of September and October, 2016, the magazine will donate a portion of the proceeds to the organization.

“Mercy Ships is doing amazing things for people in need around the world, and we are pleased to help contribute to those efforts,” said Bill Panoff, publisher and editor-in-chief of Porthole Cruise Magazine. “Factor in the connection with ships and the sea, and the choice to make the organization the recipient of this donation was an obvious one.”

Mercy Ships brings hope and healing to the world’s developing nations using hospital ships to transform individuals and serve nations, one at a time. A ship is the most efficient platform to deliver a state-of-the-art hospital to regions where clean water, electricity, medical facilities, and personnel is limited or nonexistent. With more than 50 percent of the world’s population living within 100 miles of the coast, Mercy Ships can reach more people in need of care.

“It is through the combined effort and partnership of many people that Mercy Ships is able to deliver free specialized surgeries to those in need. We applaud Porthole Cruise Magazine for their help to bring hope and healing to Africa,” commented Tracy Swope, Vice President of International Programs at Mercy Ships.

It’s not the first time Porthole has put forth philanthropic efforts such as this. In 2014, the same type of subscription effort donated proceeds to the Lindblad Expeditions-National Geographic (LEX-NG) Fund, which supports projects that aim to protect the last wild places in the ocean, support innovative local projects, and facilitate conservation, research, education, and community development.

In addition, Porthole’s affiliate company, PPI Group, has made contributions to the Florida-Caribbean Cruise Association (FCCA) Foundation, which is an avenue for the cruise industry to fund a range of humanitarian causes in the Caribbean, Central America, Mexico, and Colombia; has donated more than $1 million to cancer and heart disease research over the past decade through an annual charity golf tournament; and also contributes in various ways to local South Florida charities.