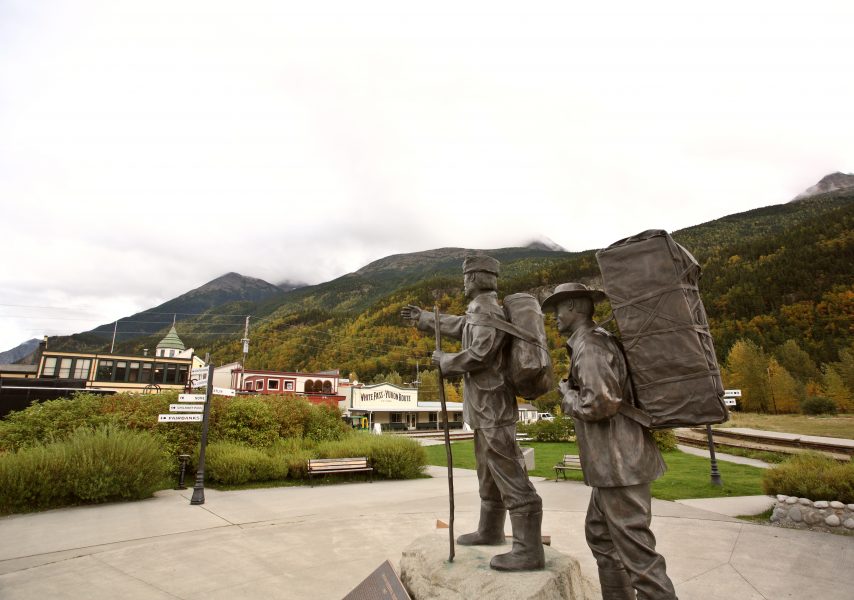 When you step off the ship in Skagway, you’ll find yourself back in time in a frontier town built on the wild-eyed dreams of gold seekers from all across the globe. A glance down the main drag, Broadway Street, reveals a small cityscape worthy of a Hollywood set for filming scenes portraying the Klondike gold rush. But unlike a Hollywood set, Skagway has substance. Here’s the best of what this rustic Alaskan town has to offer!

Passengers enjoy a leisurely 2.5-hour excursion up White Pass Summit that mirrors the route taken by gold seekers as they risked their lives to be among the first to reach the Klondike gold fields. The train twists and turns past waterfalls, glacier-fed lakes, wild gorges, and other untouched wilderness before reaching the summit at 3,000 feet, where you’ll have an aerial view of Skagway and the surrounding area, including the headwaters of the Yukon River. 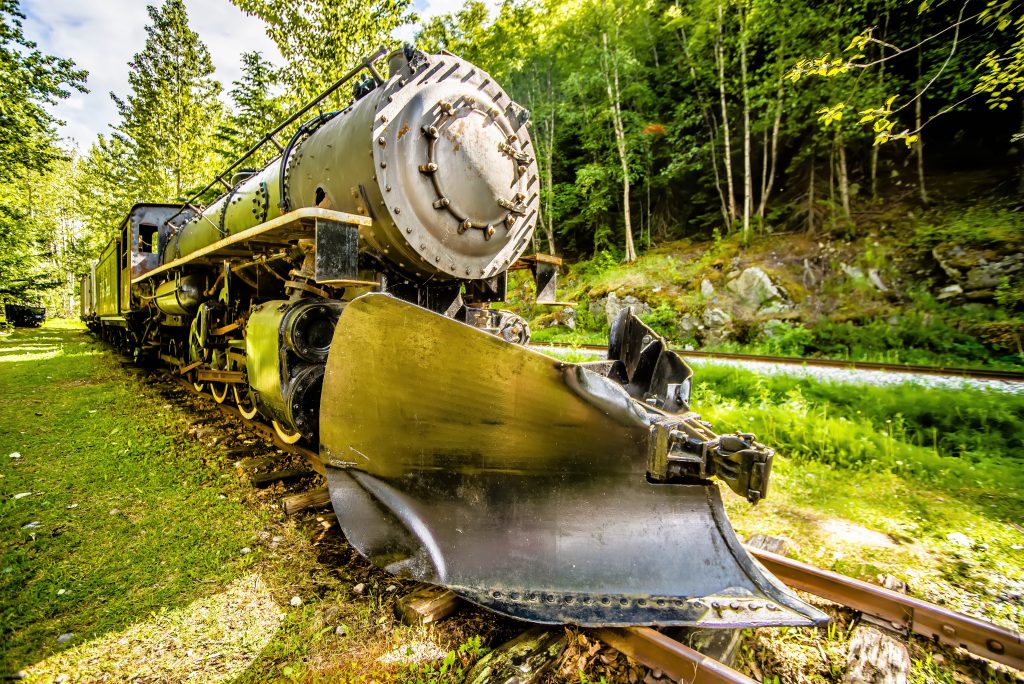 Situated in Alaska’s first stone building, Skagway Museum and Archives features gold rush memorabilia, a Ford Truck from 1933, and a collection of heritage baskets, carvings, and beadwork created by Native Alaskans. The museum is situated near a salmon spawning stream where you can see pink salmon swimming upstream if you’re visiting during the latter part of August or in September.

One of Alaska’s oldest independent bookstores and an unparalleled source of Klondike literature, Skaguay News Depot and Books still goes by the city’s original name, which was derived from a Tlingit legend involving a beautiful woman who turned herself to stone in the Taiya Inlet and caused the strong north wind to blow relentlessly. The bookstore also publishes the local newspaper and features the well-loved Best of the Skagway Police Blotter along with many other Alaska-specific publications.

Entrancing visitors since 1923 when Princess steamships brought the first tourist to Skagway, The Days of ’98 Show is a fun frolic through Skagway’s rough-and-tumble history as a lawless frontier performed in vibrant vaudevillian style. The show centers around legendary outlaw villain Soapy Smith as he schemes and scams his way through the emerging gold rush community until the evening in 1898 when he met his demise in a shootout on Juneau Wharf, which extended for about a half-mile into Taiya Inlet. Smith’s collaborators in crime were quickly rounded up by vigilantes and given the opportunity to either leave Skagway for good or share their leader’s fate. Celebrations, including can-can dancing, ensued when the people of Skagway learned that the criminal regime led by Soapy Smith had come to an end. The Days of ’98 Show puts on an afternoon and evening performance every day that the cruise ships are in port. 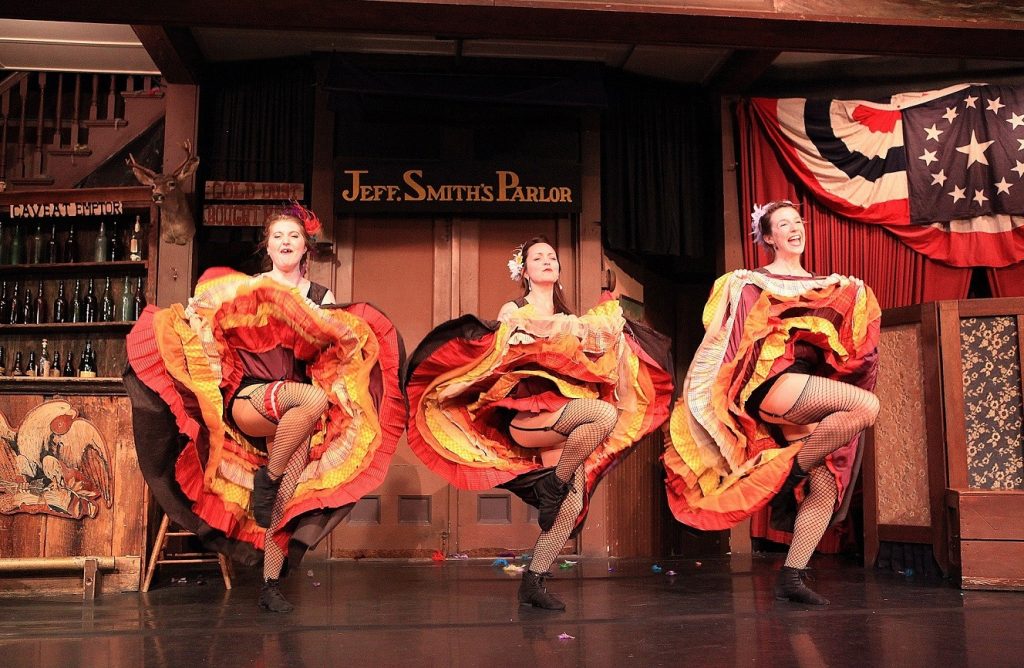 Photo: The Days of ’98 Show with Soapy Smith/Facebook

Red Onion Saloon is part museum, part bar, and part restaurant, but it’s 100% fun. Situated in a historic brothel, Red Onion offers tours of the upstairs quarters where the girls were paid in gold nuggets. The saloon also features walking tours featuring guides dressed in period costumes, and a saloon where oil paintings of notorious madams grace the walls and where employees dressed in old-school barroom-girl attire serve the food and spirits. The menu offers well-prepared nachos, pizza, sandwiches, a wide selection of craft beers brewed in Alaska, wine, and a variety of custom cocktails. Red Onion is also a favorite of locals, so be prepared to meet some modern-day Skagway residents during your visit. 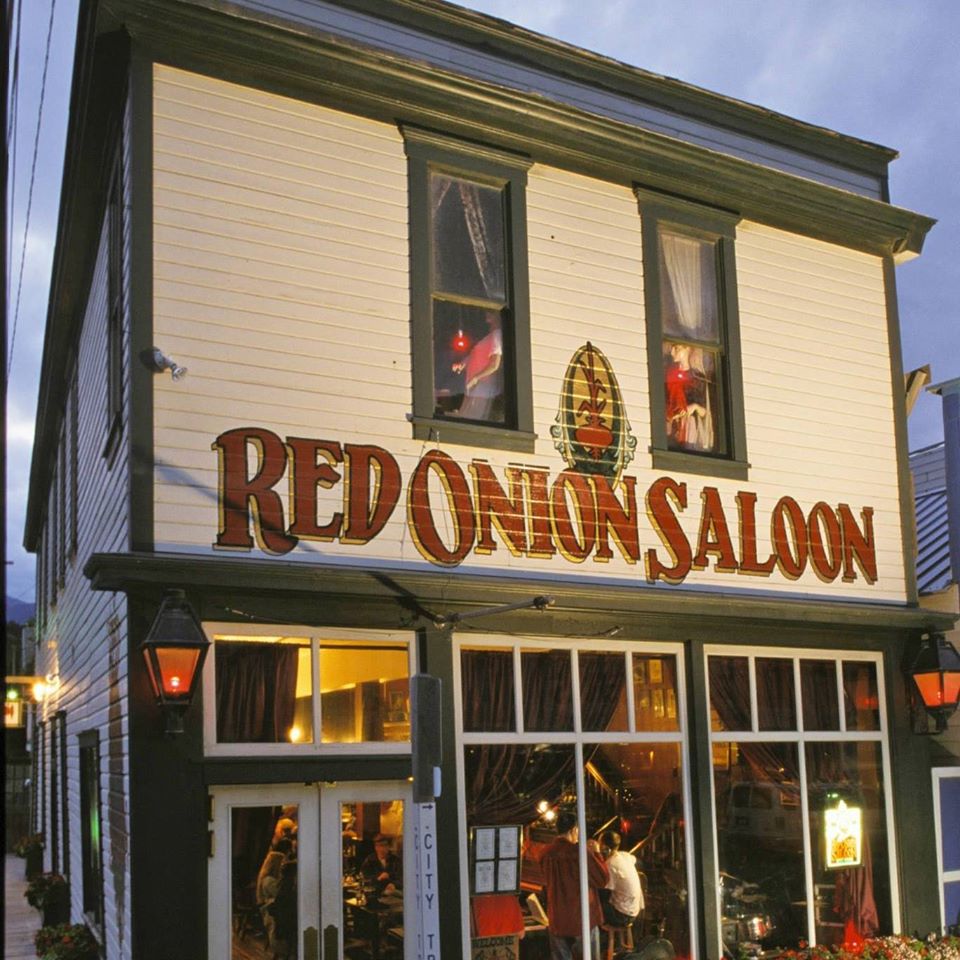 Skagway staple Jewell Gardens features a certified organic display garden with thousands of flowering plants as well as a culinary area where fresh ingredients are sourced for the onsite restaurant, Poppies. The restaurant features fresh fare sourced from the land and sea, house-baked sourdough bread, craft beer from Alaska Brewing Company, and a small-but-to-die-for dessert menu starring lemon meringue sundaes, rhubarb pie, and rich chocolate cake. High tea is served in the garden every afternoon. Guests also have the opportunity to observe glass artists at work and to create their own personal souvenirs in glassblowing sessions led by experts in the state’s only public glassblowing studio. 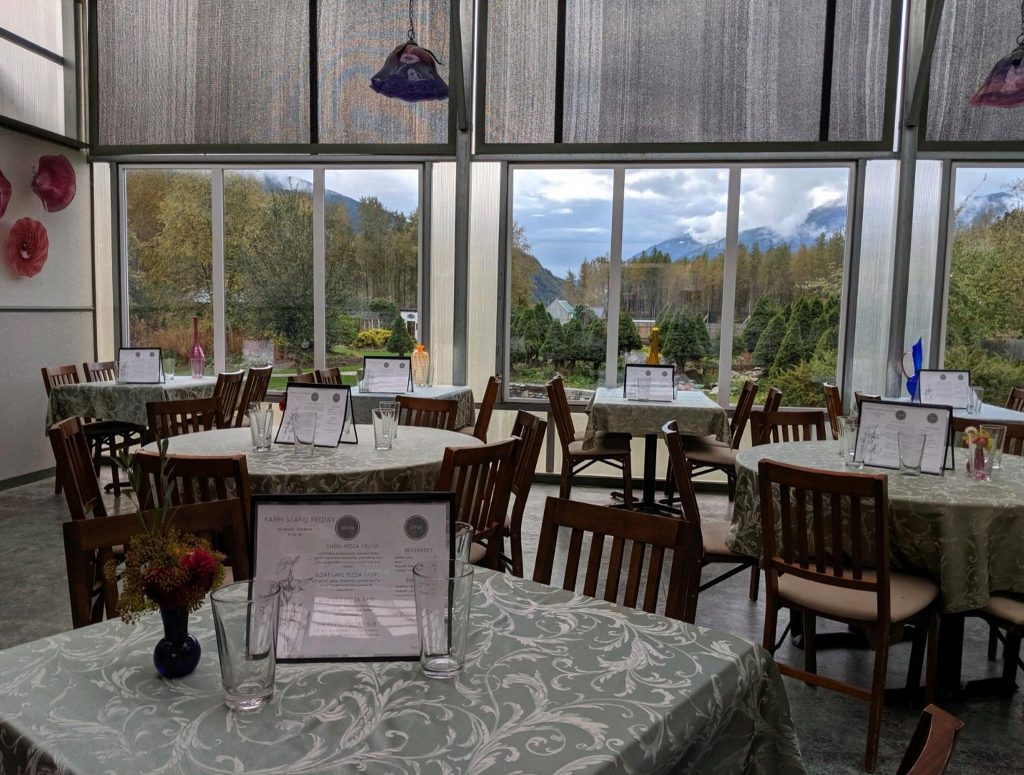 Skagway gets less rain than its counterparts along the Inside Passage route because it’s in a rain shadow, but it wasn’t named after a legend involving the north wind by accident, so pack a good windbreaker.