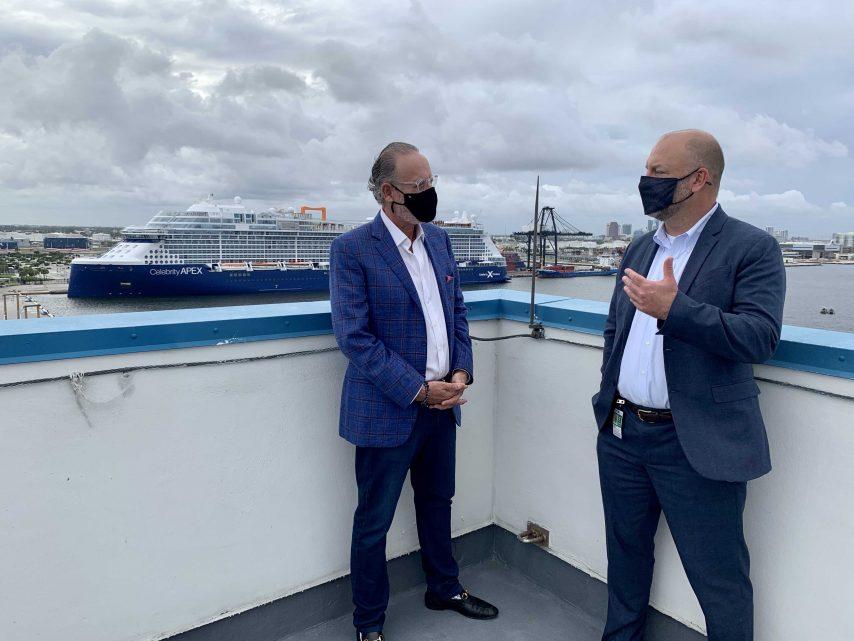 It’s difficult to overstate how important Port Everglades is to not just Broward County, but South Florida as a whole. Along with being South Florida’s primary seaport for importing gasoline and jet fuel, the port also moved more than a million cargo containers last year, putting it in the top 20 for American ports.

Then there’s the cruise terminals. Nearly four million cruisers passed through them in 2019, making it the 3rd biggest cruise port in the entire world behind only PortMiami and Port Canaveral.

Prior to the COVID-19 pandemic, visitors to the port saw firsthand how busy things could get on embarkation day. These days however, things couldn’t be more different. Terminals, usually packed to the brim with excited cruisers, sit empty and there’s not a lot of concrete information on how long that will be the case. 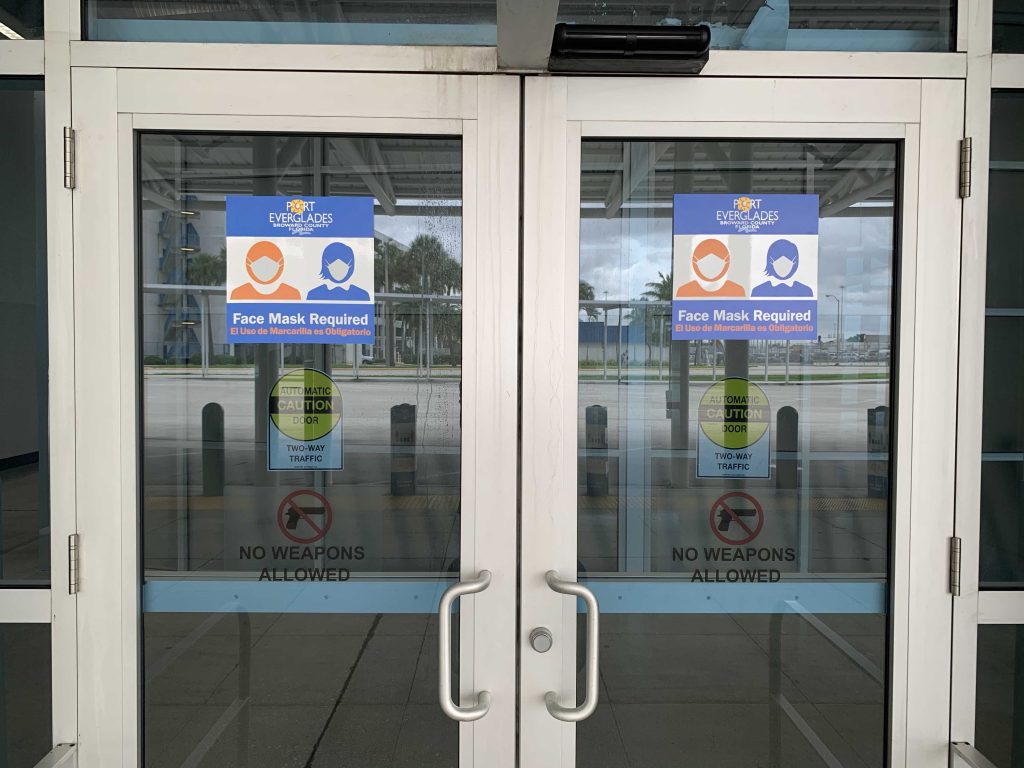 Facemasks are mandatory at Port Everglades

Despite the lack of cruisers, those who work at the port have been hard at work in anticipation of a return to cruising and their efforts will help make Port Everglades one of the safest cruise ports for travelers once things get back to normal.

Porthole Cruise Editor-in-Chief Bill Panoff had the chance to meet with new CEO and Port Director Jonathan Daniels earlier this week at the port for a tour of the updated terminals and an interview about how the port is adapting to life during the pandemic.

The first thing you notice when touring the cruise facilities at Port Everglades is the signage. Posted on doors, walls, floors, barriers and more, signs in multiple languages remind visitors that social distancing and mask-wearing is to be practiced at all times. Understanding that people may not always follow instructions, the team at Port Everglades have done quite a bit to ensure that even the most oblivious passengers can’t break the rules. 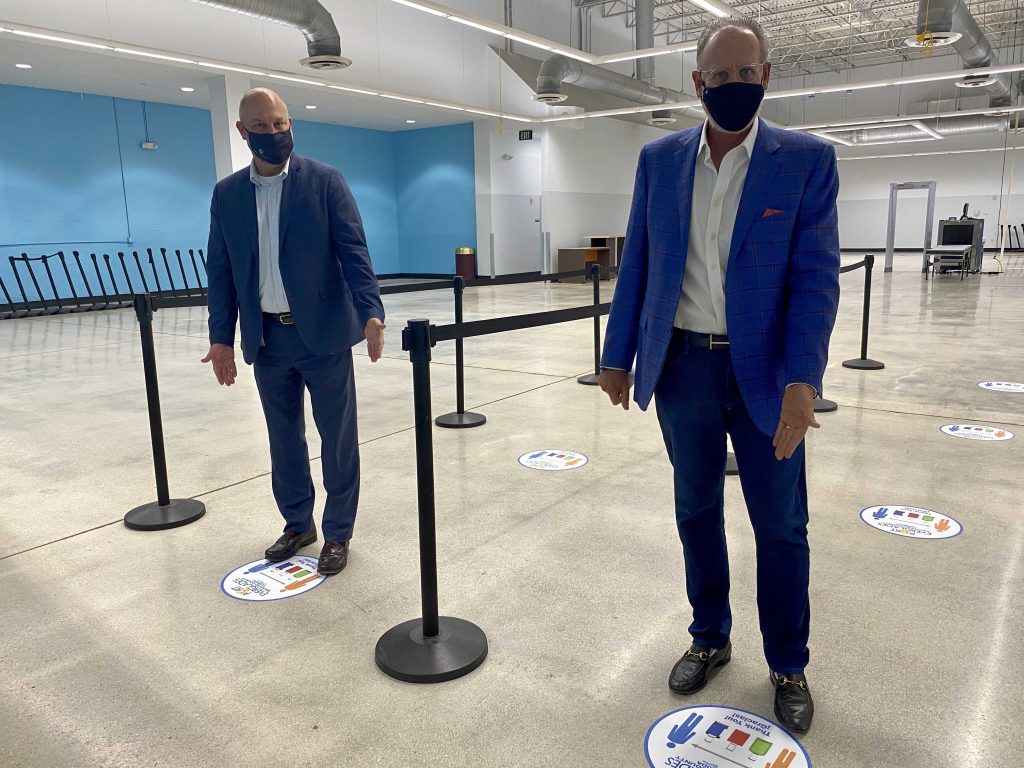 While the ability to process the same number of embarkations as before won’t be possible due to social distancing, cruisers will benefit from a new touchless pre-arrival check-in system and processing desks have been outfitted with plexiglass barriers built by the port employees themselves and an effort to reduce the number of desks side by side provides further levels of distance.

“You’re not utilizing all of your counter space so the process isn’t going to be as efficient. You can’t process as many people that will be coming through but the utilization of a touchless system pre-check in prior to your arrival means that there’s really no interaction from person to person,” said Director Daniels. 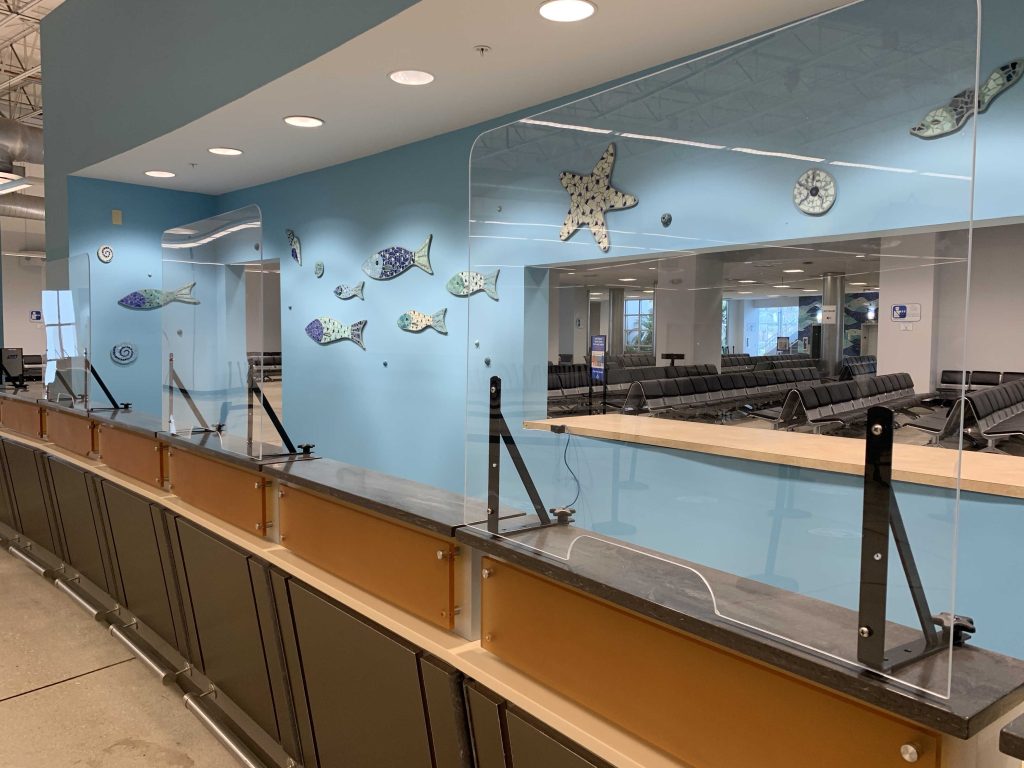 Another thing cruisers will notice is new hand sanitizer stations posted all over the terminals. When the port began looking into ways to make things safer for guests, these stations were an obvious need, but a lack of availability was a problem. Rather than sit and wait, the team at the port took matters into their own hands and built their own free-standing stations from what they were able to procure. 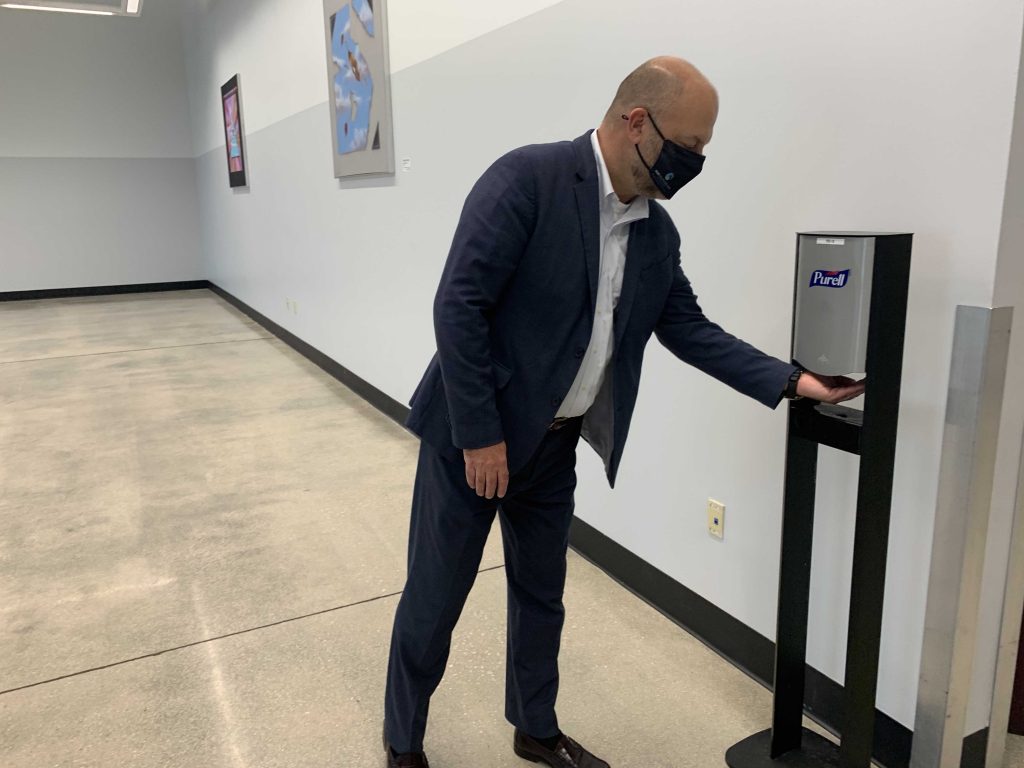 In addition to social distancing and hand-sanitizing stations, each terminal would undergo regular enhanced cleaning procedures, including an employee stationed in every terminal wiping down surfaces and sanitizing anything people might need to touch.

Director Daniels made it clear that they’re doing the best they can with what they have to work with, but they’re thinking ahead and answering the difficult questions as well.

“Nobody is building from the ground up a new terminal based on the latest technology, so when COVID shut everything down there were terminals that were under construction but the primary infrastructure was already in place,” he said. “What’s it going to look like when you get the opportunity to plan, design and build a terminal with all the social distancing, all the testing and all the screening that’s going to be necessary? Do we need the hundreds of thousands of square feet that you see in some of the existing terminals or can you create a vertical system from beginning to end, what’s it going to look like?” 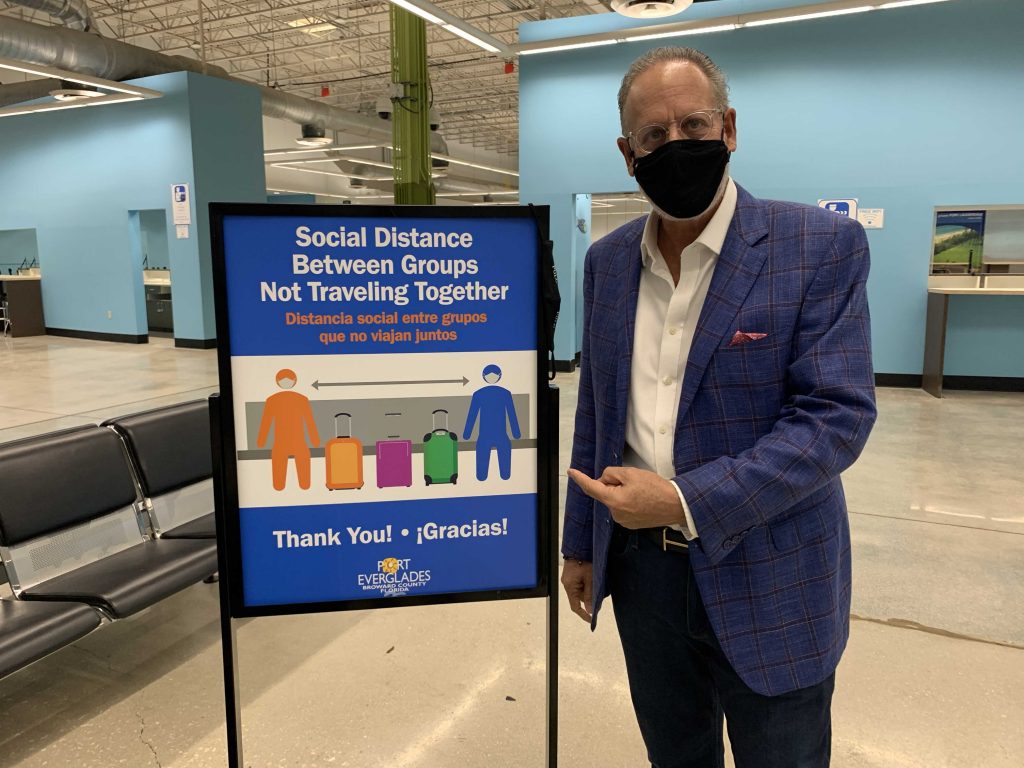 Another sign that Port Everglades is at the forefront of COVID-19 response is the masks. Everyone, and we mean everyone, had a mask on. Every employee we interacted with from the Port Director down was wearing a face covering and that added a level of comfort and peace of mind that the employees care about guest safety first and foremost. Director Daniels had his mask on from the start of our tour to the finish and it’s clear he values leading by example for his team. Even when he greeted us for the first time at the terminal, it was elbow bumps instead of handshakes, a sign that he’s doing everything possible for the health and safety of not just his team, but everyone else as well.

We don’t know exactly when we’ll be able to pass through the terminals at Port Everglades and onto our favorite cruise ships again, but we do know that Director Daniels and his team will be ready.