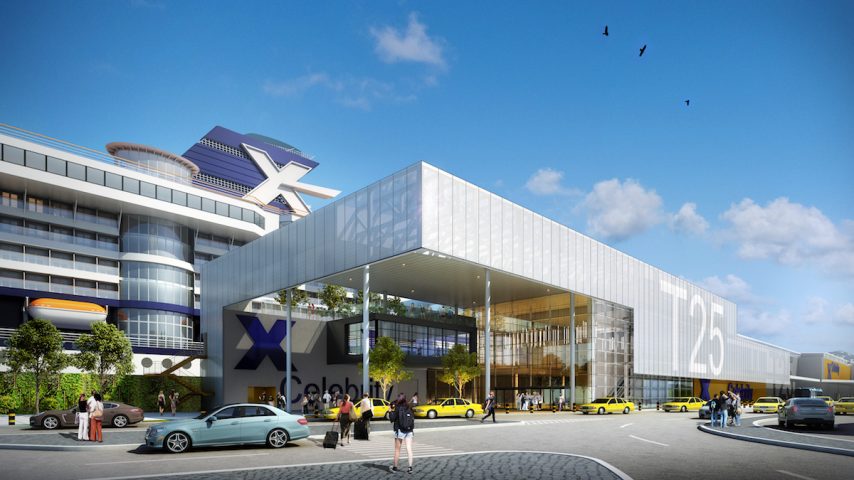 A $100 million renovation of Terminal 25 at Fort Lauderdale’s Port Everglades will be part of a new long-term agreement between Royal Caribbean Cruises, Ltd. (RCCL) and the port.

The new agreement replaces the current RCCL agreement, which expires at the end of 2017, and continues through September 30, 2026, with options to extend the terms for an additional four years, followed by an additional five years. RCCL owns Royal Caribbean International and Celebrity Cruises cruise lines, both of which sail from Port Everglades.

“Renovating Cruise Terminal 25 was already part of our Master/Vision Plan, and was scheduled to begin this year,” said Port Everglades Chief Executive and Port Director Steven Cernak. “Giving preferential berthing rights to Royal Caribbean allows us to build a facility that meets their expectations for the new generations of larger cruise ships and for the new Celebrity Edge, which is scheduled to homeport at Port Everglades beginning in December 2018.”

Port Everglades is consistently ranked as one of the three busiest cruise ports in the world with more than 3.8 million passengers in fiscal year 2016. Cruise Terminal 25 was added to the port in 1992.