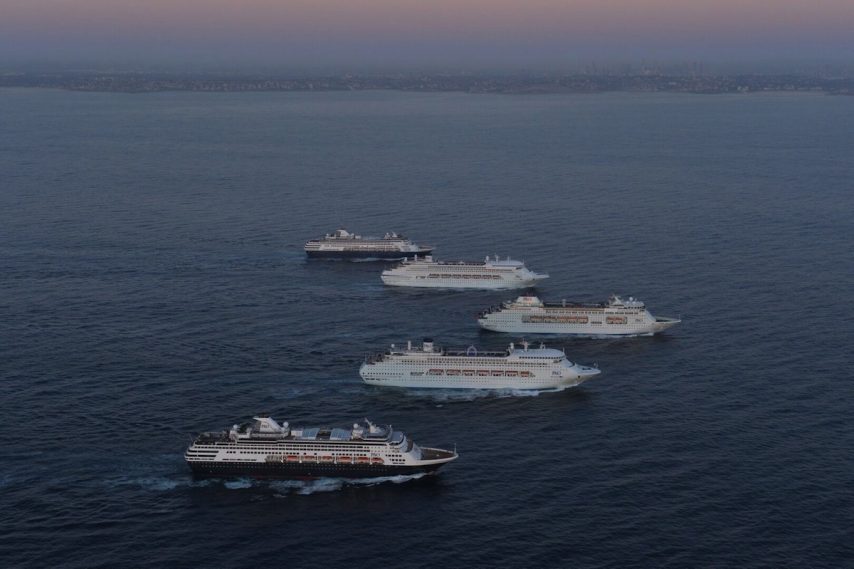 P&O Cruises Australia made history in Sydney Harbour when it welcomed the latest additions to the fleet — Pacific Aria and Pacific Eden — with a gathering of five ships.

Thousands of Sydneysiders gathered to watch the ceremony on shore and in small boats, along with 12,000 guests and crew aboard the expanded P&O Cruises fleet.

As the two godmothers, singer Jessica Mauboy and actress Kate Ritchie, simultaneously named the new ships via Twitter on either side of Fort Denison, all five ships sounded their horns.

More than 25 musical acts entertained guests on board the ships, and the celebration culminated in an evening fireworks show.

The naming ceremony was also attended two special guests — Sydney sisters 8-year-old Aria and 3-year-old Eden Mulligan, invited by the line to perform the role of “junior godmothers” for the sister ships which coincidentally share their names.